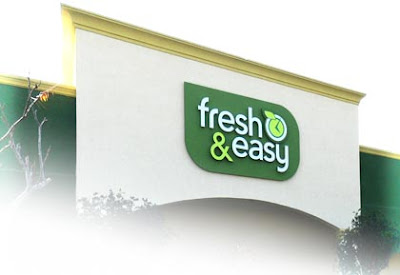 All three of the stores are in the San Francisco Bay Area. Pleasanton and Hayward are in the East Bay Area; San Jose is in the South Bay Area.

What happened to the Mountain View F&E that was to be at Middlefield and Rengstorff?

What do you mean by "What happened to it?" Please elaborate.

It's not on your list of 11 stores. Is it simply opening at a later date or have they canceled plans for that store?

As far as we know at present Fresh & Easy plans to open it later on.

It's on our list at the top of the blog. See: Northern California Fresh & Easy Store List.

Hi, any plans for a store in Fremont, CA?

Anonymous said...
Hi, any plans for a store in Fremont, CA?

based on our research and reporting, Tesco's Fresh & Easy Neighborhood Market does not currently have any store locations planned for Fremont. Closes is Hayward and San Jose. But that could change.

Also, see our Northern California store list at the top of the blog.