Tesco Debating Whether to Launch Fresh & Easy Into Northern California This Fiscal Year... or Wait 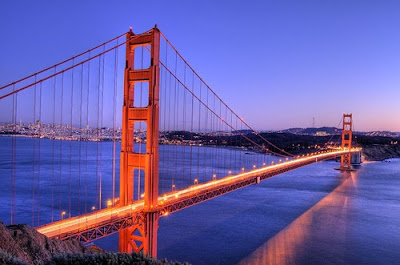 Tesco is debating whether or not to begin opening the first of its planned Fresh & Easy stores in Northern California later this year, or to further postpone its launch into the market until 2011, Fresh & Easy Buzz has learned.

Tesco first announced its plans to open an initial 37 Fresh & Easy markets in Northern California - 18 in the San Francisco Bay Area and 19 in the Sacramento-Vacaville region - in early 2008, not long after its first stores opened in Southern California, Arizona and southern Nevada. [Click here for a list by address of the 37 confirmed Northern California Fresh & Easy locations. There's also some additional, non-confirmed, planned locations we've discovered and reported on]

The first stores in these two Northern California markets were planned to be opened in mid-to-late 2008.

However, Tesco postponed its plans later in 2008, suggesting it would wait until 2009 to launch into the northern portion of the Golden State.

Again in 2009 Tesco postponed opening stores in Northern California, sighting the economic recession as its official reason for doing so.

To date, over two years after announcing its plans to move into the San Francisco Bay Area and Sacramento-Vacaville market regions, Tesco has yet to open any stores in the north state. It is and has been paying the monthly rent and related expenses on the planned locations for these two-plus years however.

Most of the 37 confirmed Northern California locations are vacant retail buildings in which Tesco's Fresh & Easy is or planned to remodel. A few of the sites are new, from the ground-up construction, such as the planned location at Third & Carrol Street in San Francisco and the planned site in Sacramento's Oak Park neighborhood, for example.

A handful of the 37 Northern California store sites, along with at least one non-confirmed store in Pacifica, near San Francisco, which is completed and has been sitting vacant for well over a year, could be opened in short order.

However, the majority of the planned Northern California store locations are still in various stages of remodeling and construction. And in many cases work has been on hold at the locations for a very long time.

Work on some of the planned Fresh & Easy sites, such as a vacant building to be remodeled in Napa, California, which was formerly a branch of three-store local independent grocer Vallergas Market, and the planned built from the ground up store in Sacramento's Oak Park neighborhood, for example, haven't had any work done on them at all to date.

We also know of one location - in the Edgewood Shopping Center that's being remodeled in Palo Alto, California, which Tesco's Fresh & Easy never confirmed but the developer did confirm to us in 2009 - that the retailer has now decided not to go forward with at all.

The project's developer told Fresh & Easy Buzz earlier this year that Tesco's Fresh & Easy pulled out of the project and that a new grocer-anchor is being sought.

At issue for Tesco is whether or not it wants to make the substantial investment required to launch into Northern California this year.

This major investment includes opening and staffing its planned distribution facility in Stockton, California, along with the labor costs to staff the stores it opens, plus marketing and all other related costs required of a grocer when it launches into a major new market region such as Northern California.

And since both the San Francisco Bay Area and Sacramento-Vacaville markets are big and very competitive, rest assured the start up costs for Tesco will be massive.

The costs also will be high for Tesco because it will be marketing for and distributing to only a handful of stores in Northern California for a considerable period of time. From a logistical and marketing perspective, a retailer needs critical mass - a significant number of stores - before it can achieve any efficiencies in terms of logistics and other costs.

For example, with over 150 stores (159 at the end of April) in Southern California, Arizona and southern Nevada to date, based on the current sales volume, which we estimate at about $500-$600 million annual, Tesco has yet to achieve the type of critical mass out of its Riverside County distribution center that it both wants and needs.

The issue regarding launching Fresh & Easy into Northern California this year at all then comes down to investment versus added losses for Tesco.

Tesco's dilemma therefore is: Should it launch into Northern California this year, which in our analysis will cost the grocer even more money than it anticipates it will, or should it continue focusing on its existing stores, and opening new ones, in its current Southern and Central California, Metropolitan Phoenix, Arizona and southern Nevada market regions?

The decision, which according to our sources hasn't been fully decided as of yet by Tesco, will depend on just how much of a loss the retailer hopes to post in its 2010 fiscal year, when it reports those numbers in April of 2011.

Our conclusion: We predict Tesco will start opening some of its Northern California Fresh & Easy stores in the mid-to-late-third quarter -to- early fourth quarter of this year - or before the end of its current fiscal year, which ends in early 2011.

Yes, Tesco can expand east with Fresh & Easy - but with significant start up costs in doing so.

Does anyone know if the Stockton Distribution center is up and running? If not, there won't be any stores opening anytime soon. Another hint would be job postings or hiring in the Stockton area.

Thanks again for a great blog!

As of this month, there's not a facility up and running in Stockton. Of course, there's no reason for there to be at this point in time. No hiring notices as of today for the region/facility/stores that we can find.

No work has yet started on any of the three store locations in Modesto.