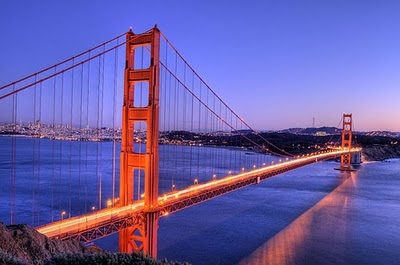 On September 14, Fresh & Easy Buzz reported that Tesco's Fresh & Easy Neighborhood Market has added an additional Northern California store, at Jefferson Street and Imola in Napa, California, to the list of the first batch of Fresh & Easy grocery markets it plans to open in early 2011, making for a total of nine stores.

We've now learned Tesco's Fresh & Easy has added two additional stores, all in the San Francisco Bay Area, to that early 2011 opening list. The stores and their locations are:

>San Francisco:
32nd Avenue and Clement (Click here to learn more and view a floor plan of the store.)

The addition of the three stores brings the number of Fresh & Easy stores slated for an early 2011 opening to 11 so far.

Fresh & Easy plans to the two added stores in early 2001, along with the initial batch of eight. units. But, along with the Napa store, the two latest additions might not be opened until the second quarter of 2011, depending on readiness and other issues.

Six of the initial batch of eight stores are in the San Francisco Bay Area. One unit is in Vacaville, which is between the Bay Area and Sacramento. The other Fresh & Easy store set to open in early 2001 is in Modesto, which is in the Northern Central/San Joaquin Valley.

Those original eight stores and their locations are:

The three additional stores are:

[Also: click here , here and here for a selection of past stories on Fresh & Easy and Northern Calfornia.]
Posted by Fresh & Easy Buzz at 5:57 AM