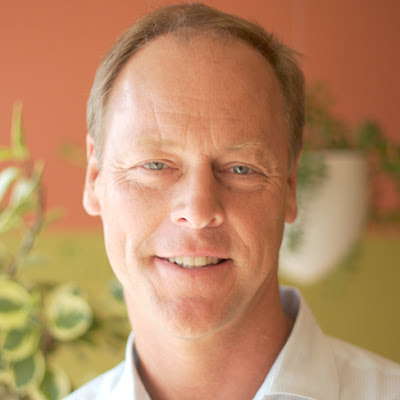 Walter Robb (above) was named Whole Foods Market, Inc.'s Co-CEO on May 12. Robb started with Whole Foods' in Northern California's San Francisco Bay Area in 1991, as the manager of its brand new store on Miller Avenue in Mill Valley. He originally had planned it to be his own natural foods market but instead sold the lease to Whole Foods. Robb then helped design the store and opened it as its first manager. Nineteen years later the second Whole Foods store opened in Mill Valley last week on June 9, just a few weeks after he was named Co-CEO, making May-June a period of coming full-circle for Robb with Whole Foods.

As part of our ongoing special series on the Northern California food & grocery retailing market, where Tesco's Fresh & Easy Neighborhood Market has 37 confirmed locations since 2008 but has yet to open any of the stores, we reported on and detailed Whole Foods Market, Inc.'s major focus on the region, particularly the nine-county San Francisco Bay Area, home to about 7 million people.

[Read our May 9, 2010 story here for that background: A Whopping 15 of Whole Foods Market's 41 New Stores in Development are in California - And Nine of The 15 Are In Northern CA.]

The new store, which opened on June 9, 2010, is at 731 East Blithdale Avenue in the small but mighty Bay Area city of Mill Valley (population 14,000), in Marin County, which is a short drive north over the Golden Gate Bridge from San Francisco, and through the tunnel with a rainbow painted at its entrance. (six of the other 41 stores in development are in Southern California, making nearly 40% (15 total out of 41) of the new Whole Foods Market stores to be opened this year and next located in California.)

The new 29,000 square-foot Mill Valley store is housed in a former Albertsons supermarket which Whole Foods Market renovated from top-to-bottom

Some of you reading this might be wondering how a city (actually more of a bucolic village) of only 14,000 residents could get a Whole Foods' store, since numerous U.S. cities ten and even 20 times Mill Valley's size can't get one, even though in many cases city governments and residents of these bigger cities lobby Whole Foods Market to put a store in their town.

And you might wonder further, perhaps even raising an eyebrow, because the new East Blithdale Avenue Whole Foods' store in Mill Valley is actually the natural and organic grocer's second location in the Marin County village of 14,000. The original Whole Foods store in town, which opened in 1991, is at 414 Miller Avenue.

The answer, so you can stop wondering: It's all about demographics. And Mill Valley has the demos that fit Whole Foods Market perfectly: A high percentage of college, graduate school and professional school graduates; high (no super-high) per-capita income, a mega-clustering of dedicated natural and organic foods shoppers; and foodies galore.

The demonstrative evidence: At a mere 14,000 square-feet, the Miller Avenue Whole Foods has the highest sales-per-square-foot of the grocer's 3o stores in Northern California. We're told by good sources it does about $500,000 in average weekly sales.

The new Miller Avenue Whole Foods' store in Mill Valley also holds a special place for Walter Robb, Whole Foods Market, Inc.'s former co-president, who on May 12, 2010 was named Co-CEO (with John Mackey) and a member of the company's board of directors. 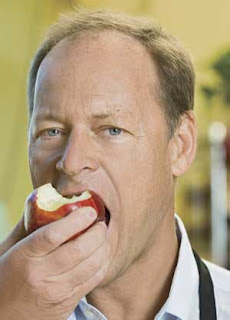 In 1989-1990 Robb (pictured at left out in one of the stores, where he loves to be whenever he can, according to associates), who was living in Marin County at the time and working as a marketing and sales consultant to various locally-based natural and organic foods manufacturing companies, obtained the lease to what then was a vacant, quonset hut-style building at 414 Miller Drive in Mill Valley. The building previously housed an independently-owned butcher shop called Jerry's Meats, along with a few other businesses. Robb's plan was to remodel the building into his own natural foods market. A few years before that he had owned and operated a small natural foods store in Northern California's far north country region.

But, as is often the case in life, Robb and Whole Foods Market co-founder and CEO John Mackey - who Robb now shares the CEO title with and knew back in the late 190's-early 1990's in what was a much smaller natural and organic foods industry than exists today - had a series of conversations which ultimately lead to Robb's selling the lease to 414 Miller Avenue to Whole Foods and joining the grocery chain.

Robb helped design the Miller Avenue store and opened it as its store team leader (store manager). Two years later in 1993 Robb was promoted to president of Whole Foods Market's then fledgling Northern Pacific Region (Northern California and the Central Valley), where the grocer had just two stores. In the eight years he held the position, getting promoted to corporate executive vice president of operations in 2001, he grew the Northern California region from the two to 17 stores, made four acquisitions of independent natural foods store operators, and had the top-performing region out of all the grocer's U.S. regions for five of those eight years. It's important to remember that in the early-to-mid 1990's, Whole Foods wasn't the fast-growing, mega-natural and organic grocery chain people know today. It was a small chain with stores in just a handful of regions in the U.S.

As noted earlier, there are currently 30 Whole Foods Market stores in Northern California, ranging in size from the 14,000 square-foot store on Miller Avenue in Mill Valley, to the largest store in the region, the nearly 80,000 square-foot mega-unit in Campbell, California, in the South Bay Area near San Jose.

Last week's opening (June 9) of the second Whole Foods' store (East Blithdale) in Mill Valley, which is very different from the Miller Avenue store in format, is a coming home and a coming full circle of sorts for Walter Robb. Less than a month earlier (May 12, 2010) he was named Co-CEO of Whole Foods Market, Inc., which currently has sales of $8 billion annually and more than 270 stores in the U.S., Canada and the United Kingdom. Robb's also seen the little but mighty 14,000 square-foot store he opened and grew on Miller Avenue remain the leading sales-per-square-foot champion in Northern California out of all 30 stores, and do so well that Whole Foods Market could open a second unit in Mill Valley, despite the city having a population of only 14,000 residents.

The new 29,000 square-foot Mill Valley store on East Blithdale avenue is designed to look like an open-air farmers market, although it's enclosed. It's the first of its kind for the chain to be designed that way. Among its interior features include exposed wall and ceiling framing, roll-up glass doors and produce bins throughout the store's perimeter.

Another special feature of the store is that Whole Foods is putting an even stronger emphasis than it already does throughout California and elsewhere in the U.S. on offering produce and food and grocery products in other categories produced by local (Bay Area) farmers and companies in the store. According to the store's manager, at least 375-400 Bay Area farmers and food producers have products offered for sale in the store, for example, and that list is growing.

The fresh produce department looks like a farmers market, following the stores design premise. Fresh meats are merchandised both pre-packaged and behind glass service cases. And the wine section is just what you would expect Whole Foods to do in a store in a city just 30 minutes from Napa Valley - it's mega and extensive. There's an impressive in-store bakery/cafe and juice bar as well.

The key themes of the store are: "fresh," "clean" (as in natural and organic), "local" "healthy"and "foodie." It's one of the most well-merchandised smaller-format stores we've seen recently. And it just opened last week, which means pre-shakeout time.

We suspect Whole Foods' new Co-CEO Walter Robb likes the new Mill Valley store. He should, he kept a very close eye on its progress. And we know he likes - and knows it well as a grocer - Northern California's San Francisco Bay Area. That's another reason, along with the fact it's a great market region for Whole Foods Market, you'll see more new stores under development in the region, even if the recession lingers.

Thanks for filling in the background story on the new WF store. I can't believe Fresh and Easy hasn't picked up a site in Marin County yet.