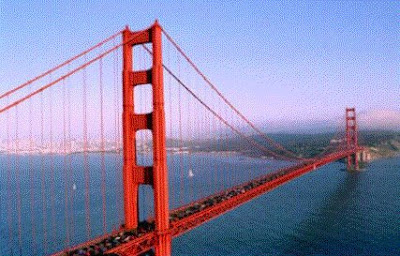 Fresh & Easy has just announced (or in our case confirmed) it will open 18 stores in the San Francisco Bay Area.

Eleven of the 18 stores will be in the East Bay Area. Two stores will be opened in the cities of Antioch and Hayward respectively. Additionally, Fresh & Easy announced/confirmed that stores (1 store in each city thus far) will be opened in the Easy Bay cities of Oakland, Concord, Walnut Creek, Danville, Oakley, Vallejo and Fairfield.
Further, the company said seven additional stores will be opened in the following Bay Area cities: Two stores in San Francisco, two stores in San Jose, and one store each in Mountain View, Sunnyvale and Napa. Mountain View and Sunnyvale are located just a few miles from San Jose, in the famed Silicon Valley region. Napa is located about 30 miles north of San Francisco, in the famous California wine country.
As our readers know, we reported on Fresh & Easy Neighborhood Market's Northern California plans and strategy in our piece, "Fresh & Easy Locking-Up Leases for Northern California Invasion," last Thursday, January 24. (Read that piece here.) In that piece we said we could confirm that Fresh & Easy had already locked-up leases on stores in San Francisco, Oakland, San Jose, Concord and Fairfield. We also mentioned the other store locations Fresh & Easy announced and confirmed today.
On Monday, January 28, we also reported that Fresh & Easy will open four stores in the Sacramento region; two in Sacramento and two in nearby Folsom. (Read that piece here.) The retailer has filed liquor license applications with the state of California for these four stores. Fresh & Easy won't confirm the Sacramento stores, however, pending the issuing of the licenses.
The 18 grocery markets Fresh & Easy has formally announced will open is just the tip of the iceberg however. As we reported in our January 24 piece, more stores are to come. In addition to the four stores we reported will be opened in Sacramento and Folsom, Fresh & Easy also is looking for store sites in the nearby Sacramento metropolitan cities of Davis, Rancho Cordova, Woodland and a couple others.
Further, Fresh & Easy will build a distribution in Stockton, California, which is about 30 miles from Sacramento. It's also looking at store sites in Stockton, a city of about 330,000, and nearby Modesto, which has about 205,000 residents. The nearby cities of Tracy and Manteca also are on Fresh & Easy's real estate radar, although they are less of a priority, according to our sources.
The Bay Area is the primary target market in Northern California however for Fresh & Easy. In addition to the 18 announced or confirmed store locations, the retailer plans on more stores in the nine-county region of nearly seven million people. We will keep you informed as further developments, which we are working on, come to light.
Read our January 24 and January 28 pieces on Fresh & Easy and Northern Califronia here.
Posted by Fresh & Easy Buzz at 1:10 PM