Bob Piccinini (at left), the majority-owner, chairman and CEO of Modesto, California-based Save Mart Supermarkets, has achieved far more than he likely imagined he would growing up as the son of an independent grocer in Modesto, where he was born and raised and returned to after doing a stint in the military and graduating from the University of San Francisco.
For example, when Piccinini took over as CEO of Save Mart in the 1980's, there were about 40 stores, all located in Modesto and in a few surrounding cities. Today, under his leadership, Save Mart, which operates 240 stores under the Save Mart, Lucky, S Mart and Food Maxx banners, is the largest privately-held grocery chain in California and in the top 10 nationally, with annual sales in the $5 billion range.
And Lucky, which Save Mart acquired a few years ago (former Albertson's Northern California) is the number two market share leader in the nine-county San Francisco Bay Area, behind number one Safeway Stores. Apparently Piccinini paid attention to the region all those many decades ago while he was attending the Jesuit-run University of San Francisco.
Along with selling groceries and building a business, Piccinini's other vocation and advocation has been sports. In his lifetime he's owned two minor league baseball teams: What in the 1980's and 90's was the then Oakland A's-affiliated Modesto A's (it's now the Modesto Nuts and not affiliated with the A's) and after that for a time the San Francisco Giants' Fresno, California-based minor league team. It's been a number of years since he has owned either team.
Bob Piccinini has also lead Save Mart into numerous sport-oriented sponsorships. For example, some years ago he put together a group of vendor-investors, including Pepsi, that along with the grocery chain provided much of the money to build the "Save Mart Center" on the Fresno State University campus. The combination indoor sports arena (college basketball, ect.) and entertainment venue was named after the grocery chain in return for Piccinini and company's financing a significant portion of the cost of the multi-million dollar facility.
For many years Save Mart also sponsored the California Relays in Modesto, which before they were ended a few years ago was one of the oldest and most prestigious Olympic-qualifying track and field events in the U.S.
In the 1990's, Piccinini and entertainment industry executive Peter Guber, who's now CEO of Mandalay Entertainment Group, along with a few other investors, made a deal to buy the Oakland A's, a deal that would have put Piccinini in the "Bigs."
Guber has said publicly it was a done deal, saying he and Piccinini bought the A's and signed the deal with the team's then owners, including offering A's baseball guru Billy Beane the position of general manager with an equity piece, which he accepted.
The investment partners had the plug pulled out from their deal though at the last minute, when Baseball Commissioner Bud Selig came up with an idea to merge the A's and the Minnesota twins, something the didn't end up happening.
Guber, who is said to love sports and entertainment in the same way Piccinini loves selling groceries and sports, went on to create Mandalay Baseball Properties, which now owns seven minor-league baseball teams. The most recent acquisition, the Oklahoma City RedHawks, the Triple-A affiliate of the Houston Astros, came last month.
The Mandalay Entertainment Group CEO is using Mandalay Baseball Properties as the base for what he hopes will be a mega-synergistic entertainment-sports empire. It makes sense: What's more logical from a business perspective than entertainment and sports, after all. And adding supermarkets, particularly a chain with numerous stores in just the right markets, could add considerably to that synergy. 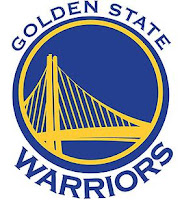 The $450 million is the highest price paid for an NBA team in the league's history.
The investment partners snatched the Warriors away from a very heavy hitter and deal maker, Larry Ellison, the multi-billionaire founder, chairman and CEO of Oracle, who was neck-to-neck with the partners until the very final leg of negotiations with Warriors owner Cohan. The arena in Oakland where the Warriors play their home games is sponsored by and named after Oracle.
Approval of the deal by the NBA has sat on the shelf since then.
However, on Friday, October 22 NBA Commissioner David Stern told Comcast SportsNet Bay Area that winning bidders Joe Lacob and Peter Guber would own the Warriors within a week. Stern, who has a track record of following through on his words, said there's a "signed contract," and that the "deal will close" by the end of this week.
On Tuesday, October 19, I "tweeted" the following missive on Fresh & Easy's Buzz's twitter feed: "From #LasVegas #1: #Savemart Supermarkets owner #Bob Piccinini appears set to join the ownership group buying the #GoldenStateWarriors. 5:06 PM Oct 19th via web ."
There have been rumors for a number of weeks that Save Mart owner and CEO Bob Piccinini was considering joining Guber and Lacob as an owner of the Warriors once the NBA approved of the sale.
However, they've mostly been rumors. And I didn't know what to make of them.
But my source, the person who told me Piccinini is in, and told me so just four days before NBA Commissioner Stern announced the sale would be final by the end of this week, is a very good one. If not, I wouldn't have put the information out in a tweet.
I'm told Piccinini will be one of two and maybe three other key investors who will join Guber and Lacob in comprising the Warriors ownership group. Lacob and Guber will remain the majority owners. My source claims it's a "Slam-Dunk." We'll see.
Another reason Piccinini's becoming one of the owners of the Warriors looks to be a "Slam-Dunk": Save Mart Supermarkets recently launched a promotional sweepstakes, featuring its various private brands, in all its Northern California stores. The promotion is called: "Slam-Dunk With Our Brands." The grand prize: A "Basketball in the Bay Package," featuring the Golden State Warriors. See here.
As I mentioned earlier, Save Mart, with its numerous Lucky banner stores in the San Francisco Bay Area and Save Mart banner stores elsewhere nearby in Northern California, adds the retail outlet synergistic element to the entertainment-sports empire Guber is attempting to build.
And, as you can already see by the promotion Save Mart is running in partnership with the Warriors, Piccinini's ownership, which would be his personally not Save Mart's corporately, gives Save Mart a professional sports team in which to cross-promote with. Of course, for Piccinini personally, it gets him, as well as Guber, into the "Bigs," particularly after the two had the plug pulled on their ownership of the Oakland A's years' ago.
With Guber's flair and entertainment industry expertise, combined with having 200-plus Save Mart, Lucky and other banner retail supermarket outlets available to cross-promote with, the Warriors have nowhere to go but up in terms of attendance and success. The team already has strong attendance in NBA terms -more than 18,000 fans per game for five straight years, including last year, despite the Warriors' pathetic 26-56 season. Imagine if they become a contender. And imagine when Guber adds the entertainment flair to the team that he's famous for.

We should know if Bob Piccinini has made it to the "Bigs" by the end of this week.
Posted by Fresh & Easy Buzz at 12:17 AM