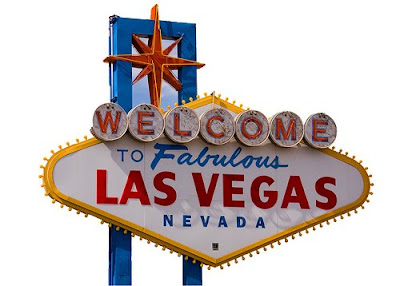 The grand prize winner in this years bag design contest is Jamie H., from Las Vegas, Nevada. The award winning design (pictured at the end of the story) is very minimalist in design, using black (on a white bag background) text only, with the exception of a small blue and green globe at the end of the text. You can view the grand prize bag here, along with all of the finalist and runner-up bags.

As the grand prize winner, Jamie H, who shops at Kroger's Smith's Food & Drug chain in Las Vegas, gets a $1,000 Kroger gift card. Additionally, the four finalists each receive a $250 Kroger gift card, and the five runners-up each get a $100 gift card.

Who says 'What happens in Vegas stays in Vegas?' It's certainly not the case when it comes to Jamie H, or else Fresh & Easy Buzz wouldn't be telling the tale in our widely-read blog. And forget Vegas secrets: The grand prize-winning reusable bag is set to be sold in select Kroger Co.-owned chains and stores, including at the Smith's Food & Drug stores in Metropolitan Las Vegas, Nevada, according to the company.

Kroger Co. holds the chain-wide reusable bag design contest annually, and has been doing so for a number of years. The contest is part of the retailer's overall sustainability strategy and project. [See: www.kroger.com/green.]

Kroger Co., which is the leading supermarket chain and the second-largest retailer of food and groceries in the U.S., after Walmart Stores, Inc., is examining its offering of single-use plastic carrier bags closely. For example, Kroger's Fred Meyer chain, which is headquartered in Oregon and has stores throughout the Pacific Northwest, the Inter-Mountain region and in Alaska, on August 1 eliminated single-use plastic carrier bags at 10 of its stores in Portland, Oregon as a test.

On July 28 of this year, the Portland City Council passed a single-use plastic carrier bag ban. The new city ordinance bans the use of plastic or non-recycled paper carrier bags at grocery stores and pharmacies and requires stores to charge a minimum 5 cent fee for each recycled paper or compostable plastic bag it gives out. Stores are also required to provide free reusable bags to seniors and low-income residents.

The city has put the law on hold pending the vote by the Oregon State Legislature on a similar statewide ban. Portland Mayor Sam Adams said when announcing the hold on the new law that if the statewide plastic bag ban bill doesn't pass, the city will enact its ban, which would become law in 2012.

Ironically, legislation almost identical to the passed City of Portland bag ban law, and Oregon statewide bill yet to be voted on, failed in California on August 31, as we reported - August 31, 2010: Breaking Buzz: California's Single-Use Plastic Carrier Bag Ban Bill Fails. Also see: September 3, 2010: How the California Grocers Association and its Members Can Snatch Victory From the Jaws of the Defeat of California's Plastic Bag Ban.

Meanwhile, reusable bag design contests like those held by Kroger and Tesco's Fresh & Easy Neighborhood Market, serve to elevate the concept of using reuseable bags, along with injecting an element of excitement and shopper participation into the process.

Despite considerable education and publicity about reusable bags, and regular giveaways by grocers and others of free bags, the use of the bags remains very low in the U.S. Some studies say only 5% of grocery shoppers overall bring their own bags to the store.

Bottom line: Personal responsibility and initiative by consumers is key to solving the disposable bag issue and increasing the use of reusable bags. 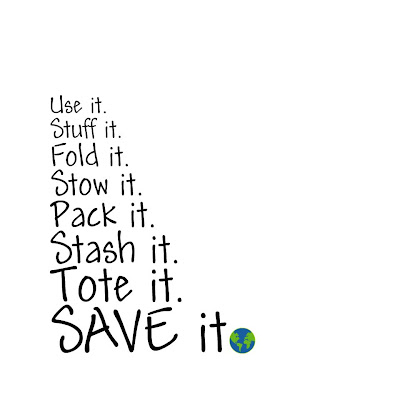 [Fresh & Easy Buzz has been reporting on, writing about, and offering analysis and opinion on the reusable shopping bag, single-use plastic carrier bag and related topics and issues since early 2008. Click here, here, here and here to read a selection of those posts.]
Posted by Fresh & Easy Buzz at 5:03 PM