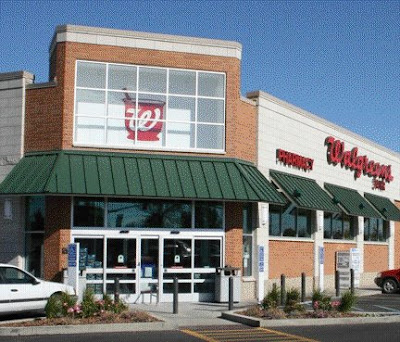 Pugh, who abruptly left Fresh & Easy Neighborhood Market USA this summer, will focus on growing the consumables and related categories, such as food, groceries and household goods, in his new executive position at Walgreen's.

Walgreen's has been adding more food, grocery and household items to its drug stores over the couple years, as well as increasing the categories sku counts and promoting them more in recent months during the serious U.S. economic recession. Pugh will focus on increasing the consumables and related category development in the Walgreen's stores in his new corporate position.

The drug chain already operates some smaller-format stores in cities like San Francisco, where the available space and real estate costs in numerous neighborhoods make it logical to do so. However, those stores are basically scaled-down versions of a typical, bigger, Walgreen's drug stores. The new, small-format Walgreen's in most cases will be of a bit of a different, customized, format compared to these smaller versions of the basic Walgreens stores.

Although he was primarily hired to focus on the consumable and related categories overall for Walgreen's, Pugh's experience in small-format retailing also will be utilized by Walgreens as it roles out its new small-format drug stores selectively in the U.S.

Both men held the title co-senior vice president for operations until September of this year, as we were the first publication to report in this piece: "Key Personnel Breaking News: Co-Vice President of Retail Operations Brian Pugh No Longer Employed At Tesco Fresh & Easy Neighborhood Market," Pugh suddenly left Fresh & Easy.

Tesco's Fresh & Easy has never commented publicly on the reasons for Brian Pugh's leaving the grocery chain. Additionally, Fresh & Easy Buzz has been the only publication to date to write about it.

The drug chain hired Colin Watts as vice president and president of the Walgreens' Health and Wellness disease management business, which helps patients coordinate their care, continue treatments and practice healthy behavior. He is the former president of Johnson & Johnson's McNeil Consumer Healthcare Worldwide business and most recently worked as vice president and general manager of the U.S. business of Campbell Soup Co.

A Walgreens' corporate spokesperson has confirmed the drug chain's hiring of Brian Pugh, as well as the the two others, to Fresh & Easy Buzz.

Tesco's Fresh & Easy Neighborhood Market has been following a retail store location strategy, which we call "critical mass," that is modeled strongly on the strategy used by drug store chain giant Walgreens.

For Fresh & Easy that strategy is to open numerous stores within a short distance of each other in specific market regions like Southern California, Metropolitan Las Vegas, Nevada and in the Phoenix, Arizona Metro region market. Walgreens uses this strategy near nationwide in the U.S.

Tesco's Fresh & Easy also has been co-locating many of its small-format, combination grocery and fresh foods stores next to or near Walgreens drug stores in both existing and new shopping centers in its Southern California, Southern Nevada and Phoenix, Arizona region markets.