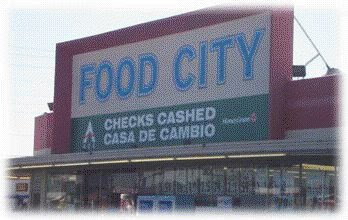 The hometown supermarket chain, which operates about 160 stores in Arizona, has its namesake banner Bashas supermarkets, which consist of both superstores and conventional supermarkets. This banner is the bullwork of the grocery chain's business in the state.

But Bashas strategy also includes covering niche markets with its additional food retailing formats. These include the retailer's AJ's Fine Foods banner, which are supermarkets that focus on merchandising specialty, gourmet, natural, organic, premium and fresh, prepared foods in an upscale retail setting.

AJ's Fine Foods, which pioneered specialty and gourmet food and grocery retailing in the state, was a popular multi-store independent for many years in the Metro Phoenix market. Bashas acquired it a number of years ago and has selectively added new stores.

In addition to its flagship Bashas banner and its AJ's Fine Foods upscale supermarkets, Bashas also operates a small chain of upscale wine and spirits stores, Sportsman's Wines. The current four-store mini-chain (two stores in Scottdale, one in Phoenix and one in Glendale) was acquired by Bashas not too long ago from the family that founded and operated the popular Phoenix Metropolitan region upscale wine and spirits mini-chain for a number of years.

In acquiring Sportsman's, Bashas saw a number of synergies between it and its AJ's Fine Foods upscale target consumer, which was part of the grocer's motivation for buying it. Bashas also acquired Sportsman's it has said as a way to improve the supermarket chain's overall expertise in wine and spirits merchandising, as well as to open new stores and build the business in and of itself. This upscale segment isn't doing all that well for Bashas at present, as is the case with pretty much all upscale food retailers in this recession.

But it's not just conventional superstore/supermarket, upscale specialty and natural foods formats Bashas includes in its multi-format strategy in Arizona. The grocery chain also operates Food City, which is a format and banner targeting the state's extensive Hispanic or Latino population, which comprises about 40% off all Arizona residents.

Basha's currently operates 61 Food City supermarkets, with store number 62 set to open soon in El Mirage, Arizona. The stores are full supermarkets with a focus on the fresh foods, groceries and non-foods Hispanic consumers buy and use most often. Food City stores also carry a strong selection of basic food and grocery items just like those found in all supermarkets. After all, Latino consumers have particular food preferences, but they also purchase many of the same brands and products Americans from all ethnic backgrounds buy.

Among the special features the Food City stores offer are huge fresh produce and meat departments. Many of the stores also have full-service pharmacies in-store. In addition, the stores offer a full check-cashing service because many Hispanic consumers, as well as others, don't use banks but rather prefer or have to cash their payroll checks at a supermarket or discount store like Wal-Mart, essentially using the stores as their financial instituion.

It's estimated that in both California, Nevada and Arizona, for example, as many as 25% of people don't use banks but rather use supermarkets and discount stores for their "banking" services such as payroll check cashing. Tesco's Fresh & Easy stores don't cash payroll checks or take paper, personal checks. Just cash, debit and credit cards. All 104 Fresh & Easy markets are in California, Nevada and Arizona.

As a result of not cashing payroll checks, Tesco is missing out on this huge, potential customer base in its Fresh & Easy stores. Wal-Mart, Kroger, Safeway, Bashas --the leading food and grocery retailers in these three states -- not only all cash payroll checks, they encourage it as policy because of all of the business it brings to their stores.

When it comes to basic food and grocery items, It is just this aspect of its Food City stores -- that they sell lots of basic food and grocery products at discount prices -- that Bashas is using in a new merchandising and marketing program designed to position the stores to a wider customer base -- everybody -- that's looking to save money in this severe economic recession, which has hit Arizona particularly hard.

The new approach and program designed to increase business in the Food City supermarkets appears to be baring some recessionary shopper fruit, according to a recent piece in the Arizona Republic, written by staff writer Cathryn Creno, who covers the Arizona food and grocery retailing industry for the paper. Additionally, Fresh & Easy Buzz recently was in a couple Food City stores and observed an ethnically diverse consumer base shopping the supermarkets.

You can read the Arizona Republic story here.

Bashas isn't eliminating its Hispanic shopper niche in the Food City banner stores. Rather it's attempting to broaden the shopper base during the current bad economic times, which is creating in what our research has found are some profound changes in consumer food and grocery shopping patterns of behavior, particualrly in the Western U.S., where numerous different retail formats selling food and groceries exist.

For example, we're finding consumers shopping alternative formats much more than ever before in recent history in this recession.

Many shoppers are seeking out food and grocery bargains at dollar and 99-cent stores and salvage grocers and others, for example. Salvage grocers (also sometimes called "scratch & dent" grocers) are those that primarily sell slightly damaged or blemished food and grocery products, as well as manufacturers' close-outs.

Berkeley, California-based Grocery Outlet, which operates a chain of franchised salvage-type supermarkets (including stores in California, Nevada and Arizona), has reported this year its sales are up by at least 10-15%, and its owner-operators report seeing new faces in their stores daily.

Many shoppers also are seeking out ethnic supermarkets looking for bargains. These include Hispanic consumer-oriented stores like Food City and Asian foods-focused discount supermarkets as well.

The 99-Ranch Asian supermarket chain for example says its seeing more and more non-Asian shoppers in its big supermarkets located in California and elsewhere in the U.S. than it's ever seen before. The stores offer both basic food and grocery items and Asian foods at discount prices. The stores fresh meat and produce departments, which offer lots of value-priced items, have become particularly popular with non-Asian shoppers over the last few months, the company says, and we have observed having visited a number of the stores recently and seen shoppers of various different ethnic backgrounds in the markets.

As we wrote about yesterday in this piece [ Food & Grocery Retailing in the Recession: Wal-Mart CEO Describes Changes in Consumer Behavior-More Cheap Basics, More Cooking at Home; More Leftovers], Wal-Mart CEO Lee Scott said on the NBC news program "Meet the Press" on Sunday that the mega-chain is seeing shoppers buy more cheaper, basic food and grocery items in its U.S. stores, including purchasing more frozen foods when they are on sale in place of fresh, prepared foods, for example. Wal-Mart's research he said shows consumers are buying these items on sale and storing them rather than purchasing more expensive fresh foods on a weekly basis.

Scott's observations are echoed by numerous supermarket chain executives we've talked with in the last month. They say there's a clear trend people are cooking and eating more at home. That they are buying more food ingredients instead of highly processed and fresh, prepared foods.

These industry executives also tell us price (and discounting) is King right now. They are seeing more "cherry picking" of weekly advertising circular specials and in many cases reduced market basket sizes which they attribute to shoppers buying from two or more supermarkets depending on a given week's ads.

Our research shows there's a "search for value" among U.S. shoppers right now. Additionally, with the drop in the per-gallon price of gasoline below $2.00, shoppers are more willing to drive around to different stores for deals than they were just a little over a month ago when gas was over $4 gallon.

This "flight to value" means food and grocery retailers, regardless of the format stores they operate, must tighten their belts and emphasise the value proposition, with a particular focus on selling basic food and grocery items for the best prices possible in their stores. Retailers also must focus their weekly promotions on more basic items and get creative in promotions.

Shoppers are still looking for indulgent and premium products but are buying them more as irregular treats rather than on a regular basis like they were doing as recently as the first quarter of this year.

Right now it's all about the basics. For example"

>Manufacturers' cents-off coupons are becoming gold. Weekly supermarket advertising circulars are getting read rather than tossed in the garbage can. Unlike all of its major competitors in the Southern California, Nevada and Arizona markets, Tesco Fresh & Easy Neighborhood Market stores don't accept manufacturers' cents off coupons. [Read more here: Marketing & Promotions Report: Manufacturers' Coupons Becoming the 'New Black;' Use Among Consumers Soaring; Marketers Distributing More Than Before.]

>Consumers who never set foot in a 99-cent store are doing so; and buying food and grocery items in these stores.

>Non-profit retail food cooperative markets, where in return for paying an annual fee and/or volunteering hours to work in the stores, owner-customers receive 20% or more off the price of groceries, are booming.

>Wal-Mart is seeing a substantial cohort of higher-income consumers shopping in its Supercenters and Sam's Club stores. Additionally, the retailer's sales and income for the last two quarters demonstrate it's thriving in the down economy, according to CEO Scott and Wal-Mart USA president Eduardo Castro-Wright.

Price and value is top of mind among food and grocery shoppers. The challenge for retailers right now is to position their respective stores in the minds of these consumers as the place to shop in order to get that value.

And as we've been writing about, our analysis is doing so is job one for Tesco's Fresh & Easy Neighborhood Market right now -- to create a real value proposition for its 104 stores in Southern California, Nevada and Arizona, and do it fast -- and then hammer home that value proposition regularly in-store and through marketing programs in a regular, repetitive, consistent, concise and clear way.

Tesco's Fresh & Easy model seems designed to achieve this but the execution by Fresh & Easy USA corporate just hasn't been and isn't there. We wonder why since United Kingdom-based Tesco plc. is a proven global retailer?

Is it because the U.S. is the toughest market the retailer has faced to date? Is it because Tesco flubbed with Fresh & Easy? Or is it a senior management problem at Fresh & Easy Neighborhood Market in Southern California. Or, perhaps, a combination of all three?

We've argued that's it's all three, along with a couple other details. But most of all, Tesco's Fresh & Easy Neighborhood Market has failed to date to capitalize on what we believe could be its greatest strength, particularly in the recession, which is the creation of a solid value proposition, followed by a tight merchandising and marketing program designed to implement it. There's no time to do so like the present, after all.
Posted by Fresh & Easy Buzz at 11:14 AM