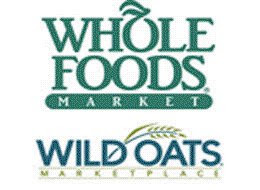 There's an interesting and contentious issue heating up in the natural foods retailing space. As part of its fight against the U.S. Federal Trade Commission's (FTC) ongoing legal attempt to break up its friendly acquisition of Wild Oats Market, Inc. last year, Whole Foods Market, Inc. has supoened the sales, financial and related records of 96 natural foods retail companies in the U.S. Most all of these 96 competitor companies are privately-held, which means such data and records are proprietary, since unlike publicly-held companies privately-owned companies aren't required by law in the U.S. to make sales information public in most cases.

Whole Foods Market acquired Wild Oats last June in what was a friendly merger. After the acquisition was announced, the FTC filed a lawsuit arguing that a combined Whole Foods-Wild Oats would create a monopoly in what the agency called the "premium organic retailing segment in the U.S." A federal court in Washington D.C. twice ruled against the FTC -- late last year and again early in 2008 -- giving Whole Foods the green light to go forward with merging the Wild Oats stores and corporate operations into the company.

Just a couple months ago however, the FTC, which had reopened its administrative case against Whole Foods once again, obtained a ruling from a court allowing the government agency to schedule a new hearing on the merger before an administrative law court judge. That hearing will take place in Washington, D.C. on February 16 of next year, according to the FTC and Whole Foods Market, Inc.

As part of its preparation to prove a merged Whole Foods-Wild Oats does not constitute a monopoly in what the FTC says are 18-29 market regions in the U.S. in what it calls the "premium organic retailing segment," Whole Foods Market's outside legal counsel has subpoened the records of those 96 natural foods retailing companies.

The retailers were supposed to compley with the subpoena by November 4, 2008. About 50 of the 96 have done so so far.

One of the 96 that received the subpoenas, nine-store New Seasons Market in Portland, Oregon, is fighting the Whole Foods subpoena for the natural foods retailer's sales data, financial records and other information, including any plans the company might have to open new stores in the Portland Metropolitan region market where it operates its nine markets, and where Whole Foods operates a number of stores.

Brian Rohter, the CEO of New Seasons has filed a brief with the FTC seeking to have the Whole Foods subpoena killed or dramatically reduced in scope.

The food and grocery industry Blog Natural~Specialty Foods Memo has been covering this issue closely for the last week. Below are a number of stories the Blog has written and posted about the subpoena issue and the FTC-Whole Foods issue in general over the last week:

>December 2, 2008: Retail Memo: Whole Foods Market, Inc. Closes $425 Sale of Stock to Private Equity Firm; Adds Members of the Firm to its Board of Directors

The FTC-Whole Foods Market case, including the subpoena issue, has implications far beyond the natural foods retailing segment. Should the FTC win and be able to overturn what is essentially now a completed merger, it could apply the same formula to acquisitions and mergers throughout the food and grocery retailing sector, regardless of segment or format. In fact, it could apply the argument and formula to all retailing, and for that matter all acquisitions and mergers where competitive issues are at stake.

As a result, the entire U.S. food and grocery retailing industry should be paying close attention to the FTC-Whole Foods issue between now and that February 16, 2009 hearing since the impact of the case is a significant one on the entire industry, as well as potentially on consumers.

The merged Whole Foods-Wild Oats, Whole Foods Market, Inc., operates about 280 natural foods markets in the U.S., Canada and the United Kingdom, with current sales of about $6.5 billion annually.

Over the last year Whole Foods' has experienced a dramatic drop in sales and profits, primarily because fewer shoppers are trading at its upscale supernatural foods stores due to the recession and financial crisis. Today is not the best time for a retailer to have the nickname "Whole Paycheck," which Whole Foods has been called for years.

In the quarter before last, Whole Foods experienced a 40% drop in net income, for example. Additionally, its stock share value is down by 70% from its high following the acquisition of Wild Oats Market, Inc. in 2007.

Whole Foods just last week sold a 17% stake in the company for $465 million to the private equity firm Leonard Green & Partners so it could raise cash for ongoing operations and its modest growth plans for 2009.

Earlier this year Whole Foods cut the number of new stores it plans to open next year by about half -- from about 35 to 15. It also said it would stop building huge, new mega-stores (some have been in the 70,000-plus square foot range) as a regular practice and focus on building smaller stores for the near term.

In August-September, Whole Foods also fired about 100 employees at its corporate headquarters in Austin Texas, along with instituting a chain-wide expense containment program, as a way to reduce costs and expenses.

Despite all of these negatives, the FTC still argues the natural foods chain poses an anti-competitive, monopolistic presence in those 18-29 U.S. markets post the merger in what it refers to as the "premium organic retailing segment."

Many analysts, including Fresh & Easy Buzz, think the FTC has missed the boat. In fact, if things keep going the way they are for Whole Foods, especially in terms of its sinking stock share value, it might need to go around the corner from the FTC to the Treasury Department and ask for one of its bailouts instead of being subjected to a hearing at the FTC building which is designed to undo the merger.
Posted by Fresh & Easy Buzz at 5:27 PM