Tesco's Fresh & Easy 'Taking a Pause' From New Store Openings: A Full Review In the Works 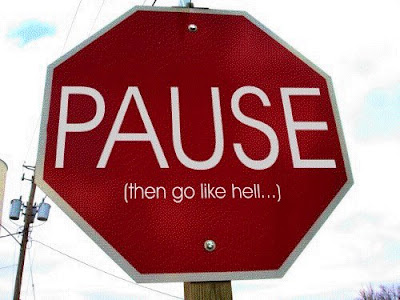 Writing in his blog on Wednesday, March 26, Tesco Fresh & Easy Neighborhood Market chief marketing officer Simon Uwins says the fast-growing grocery chain is taking a three-month break from new store openings to "allow the business we've created to settle down a bit."
In a post titled, "pausing for breath at fresh & easy," Uwins says the grocer has opened 31 stores in 60 days..."now we're pausing for a breath."
Further, Uwins says the grocery chain planned to take such a three-month "pause" after opening it's 50th store, which occurred in February. Currently, there are 59 Fresh & Easy small-format, convenience-oriented grocery markets open in Southern California, Metro Phoenix, Arizona and the Las Vegas, Nevada Metropolitan region.
In his blog post, Uwins says Fresh & Easy plans to spend the next three months "kicking the tires, smoothing out any wrinkles (in store operations and the like) and make some improvements customers have asked for."
Since we were about the first (and really the only thus far) analyst to suggest to Tesco here on the blog that it would be a good idea to take such a pause, we obviously think its a good idea for the retailer to do so. We've written extensively about the to-date under-performance of the 59 stores, always however qualifying this analysis with a caveat that Fresh & Easy is still in start-up mode, it's first stores only opening five months ago. Further, on average nearly half of the stores have only been open about 75 days.
The three month "pause" is needed, as we've argued often on Fresh & Easy Buzz.
We also know it's more than a mere three-month "pause." Rather, Fresh & Easy CEO Tim Mason plans to use this time to review the grocery store's format, operations, marketing and merchandising philosophies and practices to date. Of course, the success of that review process depends on taking an objective, serious, wide-open eye view of the problems and potential fixes, even if they require eating some humble pie and making some key personal changes.
We reported last week (thus far the only publication we can find that's reported it) that Fresh & Easy Neighborhood Market has been interviewing public relations firms in Southern California. This review, and the likely retention of one of these firms, also is part of the three-month "pause" plan. Fresh & Easy believes it needs a new, more proactive marketing and general communications program. It's been soliciting ideas from the PR firms its been interviewing in this regard, as well as having a few ideas of its own.
This probably isn't a bad idea. But its at best a tertiary solution. The key changes and fixes are format-oriented, operations-based, and marketing and merchandising focused, as we've been discussing--and even offering concrete examples of--here on the blog for the last four months.
Additionally, we were the first in the U.S. to report that U.S.-born Jeff Adams, who currently is CEO of Tesco's Thailand retail operations, is moving back to the U.S. and will assume the executive position of number two man at Fresh & Easy, reporting directly to CEO Mason.
Adams' move from CEO (number one man) of Tesco-Lotus in Thailand, to number two at Fresh & Easy Neighborhood Market in the USA, demonstrates the importance of the U.S. grocery retailing operation to Tesco CEO Sir Terry Leahy. Not only does Sir Terry have a couple billion dollars of stockholder investments invested in the U.S. retail venture, he's got a full head of pride and Tesco's international reputation invested in Fresh & Easy's success.
Since taking over United Kingdom-based Tesco plc., Sir Terry has been on an international rapid-growth mission compared in its scope only to U.S.-based Wal-Mart (the world's number one retailer) and perhaps France's Carrefour, the second largest retailer in the world. Tesco is the world's third-largest retailer.
Leahy has taken Tesco into Eastern Europe, Asia and elsewhere--including now into the U.S which is without a doubt not only the retailer's boldest gambit but also the most competitive international market Tesco has launched into to date. UK industry players and observers close to Sir Terry say its also the most important market of all to him personally.
We aren't sure if Tesco's Fresh & Easy Neighborhood Market actually originally planned to take a three month pause after opening its first 50 stores. Based on what the chain's key executives have been saying about their store roll-out plan, it sure didn't come up before--until Uwins blog post and some rumbles about it we heard about a week before the post.
However, as we've suggested here, it's a needed first move. It will be interesting now to observe how Tesco uses the three month pause--and review. That's something we will be writing about next.
Adams' will be in Southern California in time for the three-month new store opening "pause" and the extensive review we discussed above, according to our sources.
Posted by Fresh & Easy Buzz at 8:48 PM