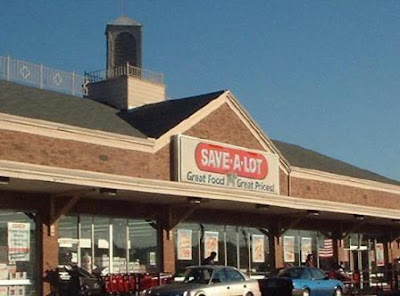 Supervalu, Inc.'s small-format, no frills Sav-A-Lot grocery chain is beefing-up its senior management team as part of the discount grocer's growth strategy nationally in the U.S.

St. Louis, Missouri-based Sav-A-Lot, which operates nearly 1,200 small-format discount grocery markets in the U.S., has made four new headquarters hires and made a number of internal promotions as a way to grow the business both organically and through new store growth, Fresh & Easy Buzz has learned.

The new hires are:

Bill Gillispie. Gillispie has joined Sav-A-Lot as its new senior vice president of marketing and merchandising. A veteran of the U.S. food and grocery retailing industry, he previously held positions with Scotts Food, Cub Foods, and Jewel Food Stores.

Andrea Wagner. Wagner, a veteran marketer who previously worked in senior positions for Kroger Co. and H.E.B in Texas, has been named vice president of consumer brand strategy.

Gerber, who's been with Supervalu since 1985, joined Save-A-Lot in 2002, and has held various roles in the company's distribution division.

Kemp joined Save-A-Lot in 2003, and has managed the company's procurement of meat and perishables.

Mickens will oversee executive-level development with a focus on succession planning and identification of key talent within the company.

The major new executive hires and promotions signals what we've been hearing for sometime; that Sav-A-Lot is looking to seriously grow its business both organically and through new store development.

The Supervalu, Inc. subsidiary already is the largest small-format, no-frills, limited assortment discount chain in the U.S. It has about 1,300 stores compared to Aldi USA's nearly 1,000, for example.

Aldi USA is on a major growth spurt however, adding 75-100 new stores a year over the next five years, in addition to moving into brand new markets like it recently did in Florida.

Sav-A-Lot's no-frills, small-format discount stores, which operate on an everyday hard discount model (the retailer calls them "Extreme Value Stores"), and stress the value proposition, but also promote and advertise, have been doing well in the current recessionary economy as shoppers search out the best bargains on food and groceries. In fact, Sav-A-Lot appears to be the bright estspot in Supervalu's multi-format and multi-banner lineup at present.

We've been hearing Sav-A-Lot plans on focusing more on opening new stores west of the Rockies, including in California where it has only a minimal presence with its small-format discount grocery markets. There are Sav-A-Lot stores in 40 states. If so, particularly if it puts a serious focus on Southern California, that wouldn't be great news for Tesco's Fresh & Easy, which is struggling to gain a foothold in Southern California, Nevada and Arizona with its small-format combination discount grocery and fresh foods stores.

If you look at the Sav-A-Lot store location map here for example, you will see very few stores in the Western U.S. Rather, the chain's stores are concentrated in the Midwest, south, Mid-Atlantic and eastern regions of the country.

The Western U.S. presents a huge opportunity for Sav-A-Lot, which as a single banner of Supervalu, Inc. is the fifth-largest grocery chain in the U.S. Supervalu is the second-largest retail grocery company in the U.S., after Kroger CO. (not including mass merchandisers like Wal-Mart and Costco).

'Go west' is something we're told has been mentioned often of late at Sav-A-Lot headquarters in St. Louis, Missouri, which ironically is considered the gateway city to the Western United States.

Sav-A-Lot sees lots of opportunity even in the current down economy, and in many ways because of it, for its extreme value merchandising position and no frills small store format, along with other operational and merchandising reasons.

The Sav-A-Lot stores average 14,000 -to- 18,000 square feet and carry about 1,200 food, grocery and non-foods items, including national brands and their own store brands.

The no frills, limited assortment markets also have "dollar departments" in -store, which essentially are like a small dollar or 99 cent-store-within-a-store.

The chain claims it saves shoppers 40% over the everyday cost of groceries at the average supermarket.

About 75% of the Sav-A-Lot stores currently are operated by licensees, which allows for the chain to have much lower capital expenses than it would if all of the stores were company-owned. Sav-A-Lot corporate handles all of the distribution (is self-distributing), marketing, logistics and related headquarters activities for these licensees, which are many cases are large groups rather single-store-owned independents.

This business model is the one Sav-A-Lot is currently focusing the most on. However it also plans to continue opening new company-owned stores.

It should be interesting to watch Sav-A-Lot's development, especially as it pertains to the Western U.S., now that it has put in place a comprehensive, strong senior management team poised to grow the chain.
Posted by Fresh & Easy Buzz at 6:00 PM