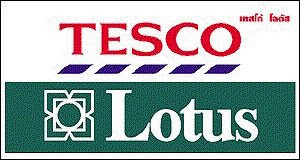 United Kingdon-based Tesco plc. has made its first major change to the senior management team of its Fresh & Easy Neighborhood Market grocery store venture in the U.S.

As our readers are aware, we recently reported that our sources have been telling us that average weekly sales at the 58 Fresh & Easy grocery markets opened to date in Southern California, Arizona and Nevada, are seriously below company targets for this point in time.

Based on information from multiple sources, we estimated in February overall weekly sales at Fresh & Easy stores of about $70,000 -to- $100,000, compared to the retailer's goal of $175,000 -to- $200,000 per week. About a week after our report, the Wal-Street investment firm Piper Jaffray said its research shows the stores underperforming as well. The firm suggested the stores were averaging about $170,000 a week in sales which was about $30,000 less than Tesco's weekly sales numbers of $200,000 are.

In a follow-up analysis, we suggested Piper Jaffray's weekly numbers were too high. We offered that, based on the firm's much higher estimate than ours, we would give the retailer the benefit of the doubt and use our high weekly sales number of $100,000 as the average, which still results in significant underperformance for the stores relative to the retailer's internal targets.

We also argued--and continue to argue-- that a $200,000 a week (too high) estimate at this point in time for Tesco demonstrates a fundamental lack of knowledge of the competitive nature of the Western U.S. retail grocery market. It also shows a failure to properly research the numerous start ups in the region that have failed, or taken years to break even.

However, we also said that if we are wrong--which based on our source information we doubt--and the Piper Jeffrey weekly sales number of $170,000 is correct, then Tesco should be happy and revise their expectations--and sales projections--downward, since if the retailer is really doing average weekly sales of $170,000 in its stores, then its doing far better then our analysis, our sources' analysis, and the analysis of others writing about Fresh & Easy believe.

In our February 21 piece linked here, as well as in numerous other pieces, we've suggested to Fresh & Easy senior management that the fledgling chain needs a major shot of "Localism" in its format, merchandise mix, and overall style of doing business in the Western USA.

Perhaps bringing American-born Adams on board as Fresh & Easy Neighborhood Market's number two reporting directly to Tim Mason is a step in that direction. After all, not one member of the pre-Jeff Adams Fresh & Easy senior management team is a U.S. native. Now there is one.
Posted by Fresh & Easy Buzz at 7:23 PM