The Brief: Which One is the Real Story About Fresh & Easy Neighborhood Market's Three Month New Store Opening Pause? 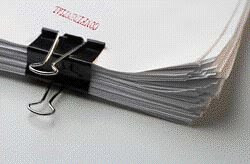