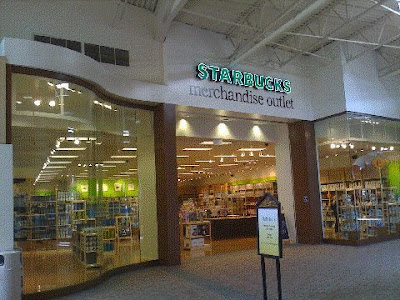 We often compare the retail location strategy of Tesco's Fresh & Easy Neighborhood Market, which we call its "critical mass" store location strategy, to that pioneered in U.S. retailing by the likes of Starbucks, Rite Aid drug stores and drug chain Walgreens. That strategy is to locate stores within just a couple miles of each other in market regions so as to become the de facto neighborhood retailer in a respective format in the given market: coffee, drug and in the case of Fresh & Easy grocery retailing.

No retailer of any format type in the U.S. has been more aggressive in this strategy than Starbucks. In many major U.S. cities, there are a Starbucks cafes often just a few blocks from each other. We call that "critical mass squared."

Tesco's strategy with its Fresh & Easy Neighborhood Market small-format combination basic grocery and fresh foods grocery stores thus far in Southern California, the Phoenix, Arizona and Las Vegas, Nevada Metropolitan region markets where its current 61 stores are located is similar. Tesco's plan is to locate Fresh & Easy stores within about 1.5 -to- 2 miles of each other in its markets, thereby helping the grocer to theoretically become the de facto "neighborhood food store" in each neighborhood in these regions.

Since Starbucks is a key model in the U.S. for Tesco's Fresh & Easy--despite of course the two being different format and types of retailers--Fresh & Easy Buzz keeps a close eye on what Starbucks is up to, especially at retail.

As a result of this "close eye," we've discovered the King of coffee retailing has done a little format-bending of its own. Starbucks has created a new format retail store under its Starbucks brand, called Starbucks Merchandise outlet. The first of these stores (pictured at the top), which opened Tuesday at the Ontario Mills Mall in Ontario (Southern), California, is about 4,000 square feet and sells a wide range of Starbucks branded general merchandise, along with brand name items.

The food and grocery industry blog Natural~Specialty Foods Memo published a piece about the new Starbucks format and store yesterday. The piece offers an overview of the store, including the merchandise its selling, as well as a review of it along with lots of photographs of the store.

You can read the Natural~Specialty Foods Memo piece about Starbucks new Merchandise outlet store at the Ontario Mills Mall in Ontario, California here.

We don't think Starbucks will be carrying out a "critical mass" new store opening strategy for the general merchandise format stores. Rather, what we hear is the stores are just that, an outlet store.

It's likely Starbucks will open a few of the stores in various parts of the country in a regional manner, like other retailers do with outlet stores. The Ontario Mills Mall is primarily an upscale outlet center. For example, the Starbucks store, which by the way doesn't currently sell coffee of any type, prepared or packaged, is located next to an outlet store of the upscale Saks Fifth Avenue chain.

We see Starbucks putting the GM stores in a select few other, similar malls in the U.S.--Seattle, The San Francisco Bay Area, the east coast and the like--rather than blanketing the earth with them like it does with its Starbucks cafes. The outlet stores might have legs overseas as well, since Starbucks is an international brand and retailer.

Since taking over once again as CEO just a few months ago, Starbucks founder Howard Schultz has been busy on multiple marketing fronts.

He's putting a renewed focus on merchandising the Starbucks cafes as a "third place" where neighborhood residents can spend time rather than as merely coffee retailing stores which had been the case prior to his taking the CEO position over again, along with keeping his Chairman title. Schultz in part is doing this by opening fewer drive-through Starbucks for example, while concentrating on creating what he calls "The Starbucks Experience" of making the cafes people places as well as coffee selling stores once again.

Starbucks also is increasing its branded product development: creating more packaged coffees for sale at supermarkets and specialty stores, doing more branded joint ventures like the one its has with PepsiCo, Inc. for its Starbucks iced coffee line, rolling out new Starbucks branded items like its recent line of Starbucks premium chocolates, and now creating the Starbucks Merchandise outlet store, among other developments.

This is "critical mass" from a corporate marketing perspective to be sure. What's next (tongue planted slightly in cheek)? Perhaps a chain of Starbucks small-format, combination specialty foods, fresh foods, coffee, fresh baked goods and beverage stores with an in-store cafe that serves as the neighborhood social hub? It might have legs?
Posted by Fresh & Easy Buzz at 9:05 PM