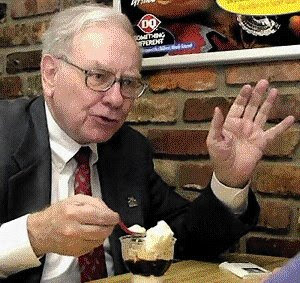 Warren Buffet, the world's second-richest human, founder and chairman of mega-holding company Berkshire Hathaway, Inc., and one of the largest single shareholders of Tesco PLC stock, with current holdings of about $1.4 billion or around a 4% ownership stake in the company, says he wants a Democrat to win the U.S. Presidency in November, 2008.
Tesco PLC owns Fresh & Easy Neighborhood Market in the U.S.
During the "Oracle of Omaha's" recent tour of Europe, where the Berskshire Hathaway chairman and CEO was looking for companies to acquire or make major investments in, he told members of the world press traveling with him he's told both Democratic candidates Barack Obama and Hillary Clinton he would support either of them once one or the other gets the Democratic Party nomination for President.
Buffet added he believes either one will be a better President than Republican John McCain--who he said is a "first-class guy" who he respects much--for the economy and the nation as a whole, along with being a better choice in terms of global relations and policy.
"I told both Hillary and Barack I'd support them, and I'd be equally happy if either of them were the nominee. "Barack appears to have the nomination, Buffet told the Associated Press and other publications.
As for Republican John McCain, Buffett described him as a "first-class human being. I think he's admirable. I don't agree with him as much as I agree with Barack. I think the U.S. will do well over time whether the president becomes Barack or John McCain."
Buffet likens the Presidency to running a business.
"They say in the stock market, 'Buy into a business that's doing so well an idiot could run it, because sooner or later, one will,'" Buffett said. "The U.S. is sort of like that. I think the country will do fine whether it's the Democratic or Republican candidate, but I strongly prefer the Democrats."
Since it does look like Obama will get the Democratic party nomination for President, he might want to think about how he can use the "Oracle of Omaha" in his administration if he wins in November.
In addition to being called the "Oracle of Omaha," Buffett also is often referred to as the "Sage of the Plains," for his wisdom not only in economic, financial and business matters, but for international and domestic issues as well--along with just plain living.
What about Warren Buffett for Vice President? Or Secretary of Treasury or Commerce.
There's no better cheerleader for the United States' economy than Buffett. The "Oracle of Omaha" also knows both Wall Street and main street, understands global markets better than most, and is a no-nonsense, humble, modest man.
Despite his billions, Buffett is loved by people of all economic classes, due primarily to the fact he lives a very simple life, with a few exceptions, mostly all business-oriented.
Obama wouldn't have to worry about Buffet's wanting to "cash in" on his Vice Presidency or Cabinet position, would he? After all, at last count the "Sage of the Plains" was worth around $50 billion, nearly all of which he is giving away to his friend Bill Gates' charitable foundation.
America could use an experienced and wise man--with money and with life--advising the next President, couldn't it?
Posted by Fresh & Easy Buzz at 2:22 PM