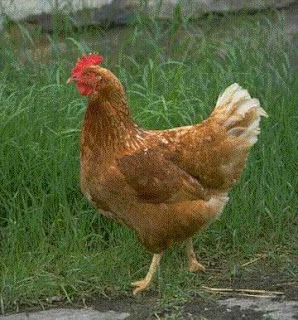 Tesco responded today to British chicken welfare advocate and campaigner Hugh Fearnley-Whittingstall's shareholder resolution designed to get Tesco to change it's chicken welfare procurement and selling policy.
Fresh & Easy Buzz has been reported on the chef-activist's campaign and resolution, which will be presented to Tesco shareholders at its annual general meeting (AGM) on June 27, this week in the blog here and here.
In the resolution document, which was posted this morning on Tesco's website, Fearnley-Whittingstall argues that Tesco's selling of intensive or battery-raised chickens fails to meet the UK Farm Animal Council's "Five Freedoms" standards which Tesco has adopted as its corporate animal welfare policy.
Those five freedoms are:
• Freedom from hunger and thirst
• Freedom from discomfort
• Freedom from pain, injury or disease
• Freedom to express normal and natural behavior
• Freedom from fear and distress
Hugh Fearnley-Whittingstall argues in his resolution document the intensively raised broiler chickens Tesco is selling fail to meet the Farm Animal Council's "Five Freedoms" because the birds:
• Sustain a significant percentage of hockburn
• Have no access to natural light
• Have no access to the outside
• Have no access to perches or objects that allow them to express their natural behavior.
Tesco disagrees, saying the standard broiler chickens it sells in its stores meet and in some cases exceed the Farm Animal Council's national farm assurance standards for chicken production.
Further, Tesco says the RSPCA Freedom Food standards the chicken welfare activist-campaigner wants the retailer to meet exceed the "Five Freedoms" standards it has adopted as its policy. [Read the UK RSPCA organization's "Good Chicken" guidelines here.]
In a statement in response to Fearnley-Whittingstall's shareholder resolution document, Tesco said:
"We do not agree that this approach is the best way of advancing animal welfare. It would in effect commit us to restricting choice for our customers and pricing out many of them. This would hit our lower-income customers very hard, especially at a time when they are already concerned about rising costs."
Tesco is urging its shareholders to vote against the chicken welfare campaigner's resolution at the annual general meeting on June 27.
Fearnley-Whittingstall's resolution will be tabled as a motion at the annual meeting, with shareholders getting a chance to vote on it.
The UK Farm Animal Council, which is sponsored by the government, and the RSPCA, an independent non-profit animal right organization, are two separate organizations--or "different animals, so to speak. As such, it appears Tesco and Hugh Fearnley-Whittingstall are playing a bit of a written word version of the game of "chicken" in the sense of basing the standards alternatively on the Farm Animal Council on the one hand, and on the RSPCA on the other. Which comes first--the chicken or the egg?
Meanwhile, the chef-chicken welfare campaigner says he is pressing on, rallying supporters in advance of the June 27 meeting.
Tesco also plans to communicate fully to its shareholders it wants them to vote against the resolution at the annual general meeting.
We expect more pro and con publicity to come from both sides of the issue in the next couple weeks leading up to the June 27 Tesco AGM.
Will the stockholders vote against Fearnley-Whittingstall's chicken welfare policy resolution, thereby taking the position that a current bird in the hand beats two in the bush? Or will the shareholders side with the chef-activist, and perhaps the chickens, and vote for his resolution, thereby suggesting a cheap chicken isn't always a happy chicken?
Stay tuned.
You can read the full Tesco chicken welfare shareholder resolution document authored by Hugh Fearnley-Whittingstall here.
Posted by Fresh & Easy Buzz at 2:30 PM