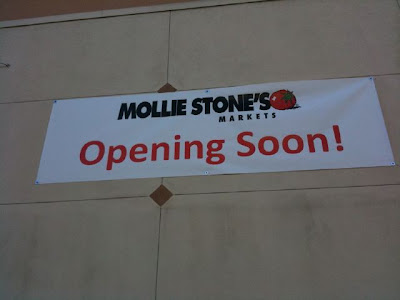 Mollie Stone's Markets will open its new store at 4201 18th Street in San Francisco's Castro District a week from tomorrow, on Wednesday, March 9.

The Castro District store in San Francisco will be Mollie Stone's ninth supermarket, and its third store in the city.

On February 17, 2011 we reported that the privately-owned independent food retailer planned to open the Castro District store this week. See: Mollie Stone's Markets Planning to Open Newest Store in San Francisco First Week in March. One of our sources for the information was a senior-level employee of Mollie Stone's.

Mollie Stone's Markets, however, has decided to set March 9 as the grand opening date for its newest store at 4201 18th Street in San Francisco, which up until recently (see the stories linked below) was a DeLano's IGA Markets store, Fresh & Easy Buzz has learned.