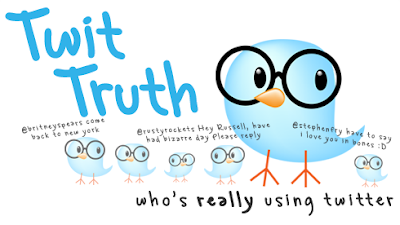 In the column I also asked the question: When will Tesco start tweeting on @TescoStores?

I asked that question because the only two tweets on the feed are from April 2009, when it was set up.

I then offered a prediction that the retailer would start tweeting on the feed no later than to weeks from March 18.

I was wrong on two counts.

First Count: The @TescoStores Twitter feed doesn't belong to United Kingdom-based Tesco, according to CEO Philipe Clarke, who said so in a tweet today.

Second Count: Since I was wrong on the above (the premise), it then follows that my prediction that Tesco will tweet on @TescoStores no later than two weeks from March 18, 2011 is also incorrrect.

March 22, 2011:"Sorry been rather quiet last few days - family illness. Been asked why @tescostores not tweeted much: would you believe it isn't ours! about 9 hours ago via Twitter for BlackBerry®"

Being the competitor I am, I suppose at the least I still have a shot at the prediction part of my March 18 column being correct, if the person who owns @TescoStores contacts CEO Clarke post-haste and offers to turn over the Twitter feed to Tesco, on the condition the retailer start tweeting on it no later than two weeks from March 18, 2011. Come to think of it, if that were to happen, it also would serve as "column-extender" (think editorial Hamburger Helper) for 'The Insider.'

Despite being wrong on the two counts detailed above, it's good to know my column is being read by people close to Clarke, and that those folks, after reading my March 18 piece, asked the Tesco CEO a mere couple days later "why @TescoStores (has) not tweeted much."

Additionally I'm glad Philip Clarke addressed the topic of my March 18 column in his tweet today. Why? I'd rather make a mistake and learn the why rather than be right but never learn the correct answer.

Therefore I thank the CEO of Tesco for that, vis-a-vis his tweet today. And if the only entity that actually did the "asking" to Clarke was my Friday (March 18, 2011) column in Fresh & Easy Buzz, then I hope he got something more out of reading it, as I hope is the case for all who read it, than just my mistake.

Despite getting it wrong about @TescoStores belonging to Tesco plc, and thus having my prediction invalidated by the faulty premise, had I not done so it's possible we (readers and myself) never would have learned what we learned from CEO Clarke's tweet today.

So I'm actually happier than I normally would be to have been wrong in this particular instance because it's serving as a reminder or simple object lesson for me. That reminder: That as long as you're right most of the time, and in my columns I have been, then it's OK to be wrong every so often - particularly if you take a bit of a risk in being so - as long as you admit your mistake, set the record straight (which I'm doing in this column) and learn from the experience, even if its a minor mistake and experience like a column about Twitter feeds and related subjects.

After all, there's always a silver lining in life and in business, if you allow yourself to be open to discover it and learn from it. I want use that worn out phrase "teachable moment," however, even though I suppose I just did.

Meanwhile, to the owner of @TescoStores on Twitter, you can tweet your offer to give the @TescoStores Twitter feed to Tesco CEO Philip Clarke at: @clarkeptesco.

And to the owner of the Twitter feed, I ask just one favor: If CEO Clarke is interested, please make the offer to give him @TescoStores contingent on his agreeing to have Tesco post at least one tweet between now and no later than March 29 on it. After all, my two week prediction clock, which began on March 18, is ticking away. Let's be clear though: It's not like I'm begging.