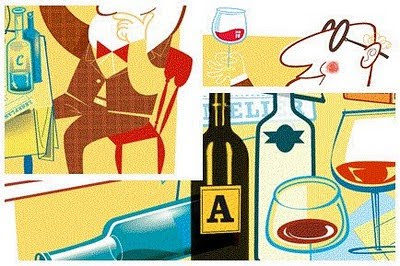 In a series of stories over the last few months, we've reported in detail and offered analysis about why Tesco is banking on California with its Fresh & Easy Neighborhood Market, not only for most of its new store growth this year but also as the place it hopes that growth will translate into break-even and eventually turn at least a slim profit for its money-losing Fresh & Easy chain of 166 small-format food and grocery stores.

Tesco's Fresh & Easy Neighborhood Market is signaling its focus and commitment to California, along with in a symbolic way confirming our reporting, this week by its introduction this week of 27 varieties of California wines under seven proprietary or private brands. 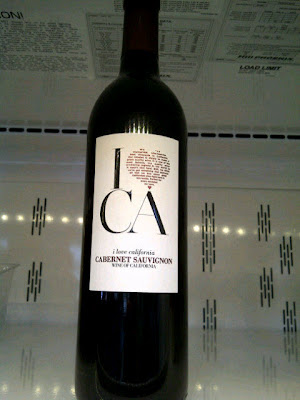 All of the new wines, a mix of reds, whites and blends, come from noted California grape-growing and wine-making regions such as Napa, Monterey and Santa Barbara. You can view a list of all 27 varieties with tasting notes here.

The "Cloud Valley," Barrel Ranch," and "Open Field" brands were developed for Fresh & Easy by Terravant Wine Company, which is located in the Santa Barbara area, which is where the grapes for the red and white wine varieties under the three proprietary brands originate from, according to Richard Wherry, a wine buyer at Fresh & Easy Neighborhood Market.

The new private brand wines are hitting the shelves of all 166 Fresh & Easy stores this week and, according to our sources, some of the 27 varieties will appear tomorrow in Fresh & Easy Neighborhood market's advertising circular at promotional prices.

Tesco's Fresh & Easy is using as one of its promotional tag-line's for the new California wines: "Wine as golden as the state it's from," a clear local appeal since a whopping 117 of its 166 stores are in the Golden State, as are all of the new stores (11 units) opened so far this year, along with all the new Fresh & Easy markets - nine new stores in Northern California and one unit in Southern California - set to open in March and April. There are 28 Fresh & Easy stores in metro Phoenix, Arizona and 21 units in metro Las Vegas, Nevada.

Also look for the slogan..."We wish they all could be California wines" in advertisements and in-store signage.

As we've noted in past stories in Fresh & Easy Buzz, in our analysis the wine category is one of Fresh & Easy Neighborhood Market's strongest in terms of product selection and merchandising. As we've also noted in past stories, it's been our analysis that one of the weak aspects of the wine category at Fresh & Easy has been a shortage of proprietary brands and varieties of California wines, particularly since the Tesco-owned chain is based in California and as noted above has all but 49 of its 166 fresh food and grocery markets in the Golden State.

The addition of the 27 new California wines under the various private brands goes a long way to improving this weakness, in our analysis. We also like a number of the brand names, as they speak to various aspects of the state of California and its wine-growing regions, represented by the various varieties.

And, as for the " I ♥ CA brand," it has a double meaning, in that not only is it a proprietary wine brand for California-based Fresh & Easy Neighborhood Market, it's also a pretty could expression of where Tesco is putting its fortunes with its Fresh & Easy chain - which is in the Golden State. Doing so warrants a whole lotta' love.

Tesco would be smart to look into exporting its new California wines to its other divisions throughout the world, particularly to the United Kingdom but also to Asia, where in places like Japan, South Korea and China, all countries where Tesco has stores, wine consumption is growing by double digits.

Why? Tesco needs to create much more synergy between its global operations and its Fresh & Easy outpost in the U.S.

Since Tesco's new (as of March 2) CEO Philip Clarke's previous job was as head of Tesco's European and Asian retail operations, he should see the value of the "California" brand when it comes to merchandising wine, particularly in the emerging Asian markets, but also in Europe.

Selling the 27 new varieties of Fresh & Easy's proprietary California wines in various Tesco global divisions also would be a nice boost for wine category sales volume for the U.S. operation. And the more volume when it comes to private brand food and drink products, the better cost of goods a retailer can get - which translates to higher margins on those items for the retailer.\

Importing the new California wines to various Tesco global retail divisions outside the U.S. would be fairly easy. Containers come and go from the two major ports in Southern California and in Oakland in Northern California on an hourly basis.

Additionally, Fresh & Easy could get some nice street cred in California (political, agricultureal, consumer circles), exporting wines produced in the state to its retail operations in Asia and Europe.

Lastly, exporting the new California wines to other Tesco global outposts would be a good test towards creating better synergy between the mothership in the United Kingdom and its U.S. operations, along with those in other parts of the world. After all, Tesco is the third-largest global retailer, after Walmart and France's Carrefour.

As our 'The Insider' columnist suggested in this column last year - October 8, 2010: 'The Insider' - Incoming Tesco CEO Philip Clarke Needs to 'Imagine' When it Comes to Fresh & Easy Neighborhood Market USA - its' going to take imaginative thinking and strategy, and in our analysis nomore than banking on California, for Clarke and his deputy CEO Tim Mason, who runs Fresh & Easy, to make a success out of Fresh & Easy Neighborhood Market USA.

Fresh & Easy Buzz has written extensively about the wine category, wine merchandising and retailing at Tesco's Fresh & Easy Neighborhood Market. For a selction of those stories, click on the links here: Fresh and Easy proprietary wines, Fresh and Easy wine, fresh and easy wine category, Fresh Easy wine category review, liquor wine beer categories and wine merchandising. Use the "older" and "newer" links at the bottom of the linked pages for additional pages/stories.