As I write this column, Tesco's new CEO Philipe Clarke and his deputy Tim Mason, Tesco's new group deputy CEO and the CEO of Fresh & Easy Neighborhood Market USA, are meeting with various members of the company's management team in the United Kingdom and one of the key items on the meeting agenda is social media and social commerce.
As we've previously reported in Fresh & Easy Buzz, one of Clarke's first initiatives since taking over from Terry Leahy on March 2 as CEO of Tesco plc is to increase the use of social media throughout Tesco's global operations, which range from the United Kingdom and parts of Europe, to Asia and the United States (Fresh & Easy.) [See - [See - February 24, 2011: Dormant No More: Fresh & Easy Neighborhood Market CEO Tim Mason is Now Tweeting on Twitter.]
Tweeting with the CEO
One of Clarke's social media platforms of choice is Twitter, which he started using in November 2010. Under the new CEO's initiative, nearly all of Tesco's senior managment and numerous members of its mid-management team have been setting up Twitter accounts over the last few weeks.
Among these "tweeters" is Clarke's deputy, Tim Mason, who as we reported on February 24, 2011 [Dormant No More: Fresh & Easy Neighborhood Market CEO Tim Mason is Now Tweeting on Twitter] has had a Twitter feed since 2009 but only recently started tweeting on it.
Tesco's El Segundo, California-based Fresh & Easy Neighborhood Market, which operates 169 stores in California, Arizona and Nevada, was out in front of parent company Tesco in using social media in general and Twitter specifically. Fresh & Easy, with the help of a social media savvy PR consultant, set up Facebook and Twitter accounts in early 2009, along with a Flickr photo-sharing site. Previous to that the grocer had a YouTube channel, which it continues to use as part of its multi-channel and multi-site social media efforts. 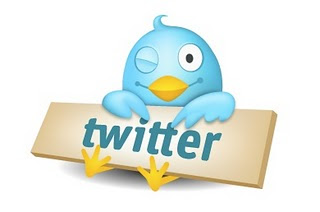 Fresh & Easy wasn't the only Tesco entity to set up a Twitter Feed in early April 2009. Tesco plc itself set up a corporate Twitter account, "TescoStores," which you can view here, on April 3, 2009. However, its first and to date only two tweets were made on that very same day, April 3, 2009. The two April 3, 2009 tweets:
>All Easter Eggs Half Price This Weekend Only - Hurry While Stocks Last! 2:33 AM Apr 3rd, 2009 via web
>Every Little Helps - Welcome to Tesco on Twitter! 2:33 AM Apr 3rd, 2009 via web.
"TescoStores," which is a "real" and not pseudo Tesco Twitter feed - it's followed for example by CEO Philipe Clarke, deputy CEO Tim Mason and other Tesco executives - has remained dormant since those first - and last - two tweets on April 3, 2009, despite the fact the corporate feed has 6,165 followers at the time this piece is being published. That's a good number of followers for a Twitter feed that's had zero activity for two years.
Since the corporate feed was set up in April 2009, Tesco has established a number of Twitter feeds that it's using regularly, one of the newest being its food-oriented "TescoRealFood." It also has separate Twitter feeds for Tesco Magazine, clothing at Tesco, Tesco digital and other specific categories.
When I heard this morning that one of the topics of the meeting led by Tesco CEO Philip Clarke today was going to be social media and commerce, I immediately thought about the "TescoStores" Twitter feed, since I've noticed that nearly all the new Tesco tweeters have been following it over the last few weeks but that it remains dormant.
One Tesco executive recently suggested to me in confidence the reason the Tesco corporate Twitter feed has yet to see any action post the two April 3, 2009 tweets is because no decision has been made on how to use it or even if to keep it, adding it would be a shame not to use it considering how many followers there are despite not being in use.
Perhaps one of the outcomes of today's meeting at Tesco corporate headquarters in the UK, where social media and social commerce are being discussed, will be a decision about how to use the long dormant "TescoStores" Twitter feed, which really is a no-brainier. It's a corporate feed - use it as such, just like Walmart and others do, adding whatever special emphasis and meaning it can to brand it as Tesco. And one of the great things about Twitter feeds is they're works in progress and can be fine-tuned in real time.
After all, using Twitter is something CEO Clarke has rapidly implemented within Tesco, the result being an explosion of new Tesco executive and employee Twitter feeds being set up over the last few weeks. Not all of the new feeds are being used though. And only a handful of the Tesco executives who've recently set up the new Twitter feeds are using them in any regular sort of way.
'Tweet me up' Philipe: Every Little Helps
CEO Clarke and Tesco should think about the "TescoStores" Twitter feed in this way: Hub-and-spokes. The Tesco corporate Twitter feed is the hub (or mothership) from which all of the Tesco specialty (Tesco Magazine, Tesco.com, Tesco clothing, digital, ect.) and individual (executives, employees, divisions like Fresh & Easy, Tesco Asia, ect.) Twitter feeds look to for information and inspiration, while at the same time providing grass roots (divisional and individual tweeters) information and inspiration to the hub, or mothership. The concept is similar to the hub-and-spokes wheel Tesco uses in its overall strategy planning.
After all, a dormant mothership, be it on Twitter or elsewhere, makes for an incomplete family. Therefore, decision or not at today's meeting, Tesco should either start using "TescoStores" or just get rid of it, as dormancy is something that's neither good for fresh fruit, grocery stores, or social media sites.
My prediction: Tesco will start posting tweets on "TescoStores" no later than two weeks from today.
From a personal and editorial perspective, If I'm wrong and Tesco doesn't do so, then I'm merely wrong on a prediction (which the editor hates me to make) as your humble columnist.
But if my prediction is wrong, from the wider Tesco corporate perspective it means Tesco is really wrong, because leaving the corporate Twitter feed dormant, which is analogous from a corporate social media perspective to leaving the storefront of a grocery store dormant and unattended - it's kind of like forgetting to turn the sign on the shop door over from "Closed" to "Open for Business" each morning. (Yes, it's a sort of a win-win then either way for your humble columnist.)
For a retailer, God, or the devil depending on your preferred usage, is in the details, both in its stores and in the social space it uses (or leaves dormant) in cyberspace. And like it's said by one major global retailer - Tesco - when it comes to its making sure each and every detail is just right: "Every Little Helps."
- The Insider
[Fresh & Easy Buzz Readers: Read all 'The Insider's' past columns in Fresh & Easy Buzz at this link - The Insider, including his news-breaking reporting and analysis on the Sprouts Farmers Market-Henry' Farmers Market acquisition-merger.
Posted by Fresh & Easy Buzz at 7:44 AM