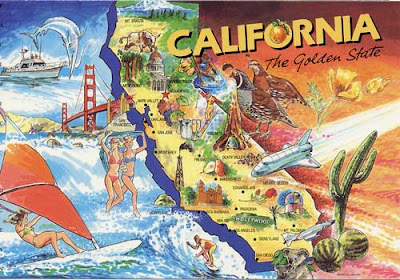 Tesco's Fresh & Easy Neighborhood Market opened its first new store of the new year on Wednesday (January 12), in the Southern California city of El Cajon. The store is at 2nd Street & Madison Avenue.

The El Cajon store is the first of 10 new Fresh & Easy units Tesco plans to open between January-March of this year. It's the 156th store for Tesco's Fresh & Easy.

Fresh & Easy Neighborhood Market has eight new stores set to open in February, starting on February 3. The stores are at the following locations:

The 10th new store opening in Southern California is set for March 30, when the grocer plans to open its third Fresh & Easy market in Long Beach, California. That store is at Atlantic Avenue and 33rd Street, in the city's downtown. 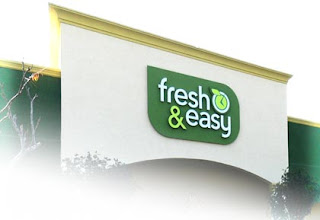 In addition to the 10 new Fresh & Easy stores to open in the first quarter of this year, Tesco has set the opening dates for the opening of its first 11 stores in Northern California.

Seven Fresh & Easy markets are set to open in March, from March 2 -to- March 23, followed by the opening of the four other stores in April.

Below is the Northern California new store opening schedule:

Of the current 155 Fresh & Easy stores, 117 of the fresh food and grocery markets are in California - 93 in Southern California, seven units in the Bakersfield metropolitan region, and seven stores in the Fresno, California area.

Outside of California there are 28 Fresh & Easy markets in metropolitan Phoenix, Arizona and 21 stores in the Las Vegas, Nevada metro area.

In November 2010, Tesco closed 13 poor performing Fresh & Easy stores - six units each in Arizona and Nevada and one store in Southern California. [You can see the addresses of the 13 stores at 13 Closing Fresh & Easy Stores List.]

Based on our research and source information, we expect Tesco to open approximately 13 -to- 28 new Fresh & Easy stores, in addition to the 22 units set for January-April openings, from May, on to the end of the year.

All but a handful of these stores, like the first batch of 22, will be in California, according to our information. We expect no more than a couple-to-a-few new Fresh & Easy to be opened by Tesco this year in Arizona, and zero-to-a-couple to be opened by the grocer in Metro Las Vegas/southern Nevada this year.

With 117 of its existing 155 Fresh & Easy stores already in California, along with plans to open nearly all of its new stores in the Golden State this year, one thing is crystal clear: Tesco is banking on California as the key to its success with Fresh & Easy Neighborhood Market.

It's crystal clear in our analysis because the retailer already operates a disproportionate number of its stores in California, although the Golden State has far more people than Nevada and Arizona combined.

But population alone isn't the key criteria in terms of locating grocery stores. And in Tesco's case its putting most of its hope-to-break even by fiscal year 2012-13 eggs in its California basket in terms of geographical store operations focus with Fresh & Easy.

California is a better place for Tesco to put those eggs, in terms of new store growth, than either Nevada or Arizona are, in our analysis, but its also our analysis that focusing so many - 156 now, 178 in a few months, and more later - stores in just three states, is an overall mistake for Tesco with its Fresh & Easy Neighborhood Market chain.

Instead, as we've said since 2008, Tesco would be much better off following more of a national strategy, similar to what Trader Joe's and Whole Foods Market both do, which is to look at much of the U.S. as a whole (most all states) and open stores in select market regions in those many states where it makes the most sense to do so, based on specific demographic and consumer lifestyle criteria, which both Whole Foods and Trader Joe's use, along with extensive research, as the basis of there respective store location and placement strategies.

Tesco has and is doing the opposite though with Fresh & Easy Neighborhood Market. Its focusing on just three states - California, Nevada and Arizona - and then opening stores in most market regions in those three states all over the place - in suburban, urban and rural neighborhoods; upper middle-income, middle income and lower income communities; and in areas where consumers have education levels ranging from higher to very low.

In other words, Tesco's strategy is a shotgun approach - open stores everywhere in the three states and see what happens - while Trader Joe's and Whole Foods Market use rifle approaches - create a huge national canvas (nearly all of the U.S.), then choose selected markets that, based on the demographic and lifestyle criteria - who's (consumers) most likely to shop at the stores and where do those most- likely shoppers live - open stores there. [See: Tesco's critical-mass retail strategy for Fresh & Easy, for examples of this.]

It's not an accident, for example, that Trader Joe's has five stores in San Francisco (population 850,000), with more to come, but only one each in Oakland (425,000) and Modesto (210,000), with no new stores planned in either city in the near future. It's not about population size for Trader Joe's, within reason of course, there has to be a minimum population base. Rather, it's all about demographic and lifestyle consumer/shopper criteria, as it is for Whole Foods Market. We choose the three Northern California cities as examples because Tesco is headed to all three with Fresh & Easy. But there are numerous others.

Tesco has set the end of its 2012/13 fiscal year, a little over two years from now, to hit break-even with Fresh & Easy Neighborhood Market.

It's our analysis that its store location strategy - putting all those eggs in three states and so few market regions - plus the fact its putting so much of its new store growth focus one state - California - is extremely risky for Tesco and its goal to break-even with Fresh & Easy by the end of the 2012-13 fiscal year.

By this analysis we aren't suggesting Tesco should put more emphasis on Nevada and or Arizona rather than California, as noted earlier in the piece. The focus shouldn't be on which of the only three states to put the new store growth in.

What we are suggesting in our analysis is that Tesco should have been all along - and we first said so in 2008 - using a national or semi-national strategy for Fresh & Easy Neighborhood Market rather than its "super regional" strategy of putting all its eggs (stores) in so few states, in just one region of the country, the Western U.S.

But right now such a plan as we suggest isn't on the table at Tesco headquarters in the United Kingdom or in the boardroom of its Fresh & Easy Neighborhood Market corporate offices in El Segundo, California.

Instead the retailer's current plan is to focus all new store growth this year and probably in 2012 on California (primarily), Nevada, Arizona and any other nearby state that can be served by its Riverside County distribution facility in Southern California - and that rules out pretty much any of the additional Western states because they're all very difficult to distribute to from Riverside - in its march to break-even with Fresh & Easy in a couple years.

One of, if not the reason driving this strategy, is the need to have sales volume from 400 stores, all pulling out of the Riverside facility, in order to, according to Tesco, make the distribution center efficient enough so that it doesn't continue to bleed cash - as in losing money - which is key to Tesco's break-even by fiscal year 2012-13.

Although they didn't say it in a declarative sentence in October 2010, or anytime since, if one connects the dots (statements), the conclusion is obvious - if Tesco needs 400 stores to make Riverside efficient, as it says it does, and if its plans are to have a total of 400 stores open by fiscal 2012-13-end, which the two men said in October 2010 is the case - then those 400 Fresh & Easy stores all have to be close enough geographically to the Riverside distribution center to be distributed to out of that same facility, which rules out opening stores in any potentially good western states like Colorado, Utah, Oregon and Washington - all too far from Riverside - basically leaving California, Nevada and Arizona as the focus for all or most of the 224 new stores (to reach the 400 units from the current 156 stores) Tesco says it will open by the end of its 2012/13 fiscal year.

There are ways Tesco could change this strategy, although at present it appears to think doing so isn't necessary and that it's own the right track strategically to obtaining break-even by fiscal year 2012-13-end. Perhaps it is. But the current strategy, as we've said, is in our analysis a very risky and potentially extremely costly one for Tesco.

We will be writing much more about this strategy and related topics and issues throughout 2011. Stay tuned.

A national model would break F&E's centralised lean reactive distribution model for fresh products and kitchen products in particular and push up costs (and hence retail prices). It's a choice. And california is a similar size to the UK and Tesco doesn't have any problems there, or indeed Turkey which is bigger in population and in truck hours and is also similar to California agriculturally.

The problem is Tesco's Fresh & Easy has neither a lean or a reactive centralized distribution model that is working.

The "model" you describe is correct theoretically. But in practice Fresh & Easy's IT and logistics systems are very sub-par.

Plus, what F&E is doing isn't working: negative 38% margin; losing a couple millions dollars a week.

The point of the analysis in the piece is to suggest just that - that the 3 state strategy, ect. isn't working. We offer a couple reasons why.

How should Tesco fix it?