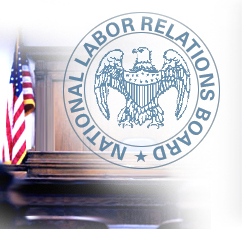 For the second time so far this year a National Labor Relations Board (NLRB) Administrative Law Judge has ruled against Tesco's Fresh & Easy Neighborhood Market in a case filed against the grocery chain by the United Food & Commercial Workers (UFCW) union involving a pro-union employee of a Fresh & Easy grocery store.

The Administrative Law Judge is William G. Kocol. The case, which involves employee-management unionization and related issues at a Fresh & Easy store in Spring Valley, California near San Diego, was tried in San Diego on March 23, 2010. Judge Kocol ruled on the case on June 3, 2010.

Tesco's Fresh & Easy Neighborhood Market is a non-union food and grocery retailer. The UFCW union has been organizing the grocery chain's store-level employees since the first Fresh & Easy stores opened in November 2007.

The case the judge decided June 3, 2010 was the result of an unfair labor practices complaint, which was originally filed by the UFCW's Western Region 8 against Tesco's Fresh & Easy on June 12, 2009 and consolidated and amended on January 11, 2010, that alleged Fresh & Easy Neighborhood Market, Inc. violated Section 8(a)(1) of the National Labor Relations Act by orally promulgating a rule that prohibited employees from talking about the union (UFCW) while on the clock or while on the sales floor and orally promulgating another rule that prohibited employees from discussing discipline with other employees while working on the sales floor.

The complaint also alleges that Fresh & Easy violated that same section of the Act by impliedly threatening an employee engaged in union or protected concerted activity.

That employee is Shannon Hardin, who has worked at the Fresh & Easy store at 9665 Campo Road in Spring Valley, California since January 2008. Spring Valley is about 11 miles east of San Diego. All of the activities detailed in the case occurred at the Spring Valley store.

Hardin is a supporter of unionization at non-union Tesco's Fresh & Easy Neighborhood Market.

>Shannon Hardin's discussing the UFCW union and unionization at the store with fellow employees;

>Hardin's talking with co-workers about some disciplinary actions she received from the store's team leader (assistant manager), Sylvia Soliz, who is no longer employed by Tesco's Fresh & Easy Neighborhood Market, and the store's manager, James Tillinghast, who is now the manager of a different Fresh & Easy grocery store and;

>an "invitation" extended by team leader Soliz to Hardin to quite her job if she wasn't happy working at the Spring Valley, California Fresh & Easy store or for the company.

Hardin's discussion of the union with fellow employees led to a series of meetings with store manager Tillinghast, as well as later with Fresh & Easy's corporate human resources manager Paula Agwu. Following the meeting with store manager Tillinghast, Shannon Hardin was given a verbal warning regarding her work performance, although it wasn't stated that it was explicitly for talking about the union while working in the store, according to Judge Kocol's decision.

Tllinghast then told Hardin not to discuss with other store employees the disciplinary action he gave her. She did, and a written action in the form of a performance improvement plan (PIP) followed from the store manager, according to the judge's decision summary. Employees have a protected right to discuss with co-workers any disciplinary action they receive from superiors, according to U.S. labor law.

Earlier, store team leader Soliz had also "invited" Hardin to quite her job at the Fresh & Easy store if she wasn't happy, according to the judge's decision.

In testimony before the judge, Hardin said these incidents took an emotional toll on her, including breaking down emotionally while working at the store, which was one of the things she was disciplined for by her superiors.

In his decision in favor of the UFCW union, Judge Kocol concluded Fresh & Easy violated two sections of the National Labor Relations Act.

Below are his conclusions in the decision:

Respondent (Fresh & Easy) has engaged in unfair labor practices affecting commerce within the meaning of Section 8(a)(1) and Section 2(6) and (7) of the Act by:

(b) Inviting employees to quit their employment as a response to the protected concerted activities of the employees.

Based on his decision against Tesco's Fresh & Easy in the case, Judge Kocol issued the following recommended order, which must get final approval by a body of the National Labor Relations Board:

1. Cease and desist from:

(a) Promulgating and maintaining a rule prohibiting employees from talking to each other about the Union while working but not prohibiting talking about other subjects.

(b) Inviting employees to quit their employment as a response to the protected concerted activities of the employees.

(d) In any like or related manner interfering with, restraining, or coercing employees in the exercise of the rights guaranteed them by Section 7 of the Act.

2. Take the following affirmative action necessary to effectuate the policies of the Act.

(b) Within 21 days after service by the Region, file with the Regional Director a sworn certification of a responsible official on a form provided by the Region attesting to the steps that the Respondent has

The NLRB has yet to make the Administrative Law Judge's decision final; it's still classified as pending, which is essentially a procedural issue since the case was only recently decided on June 3, 2010.

Fresh & Easy Neighborhood Market has the right under U.S. labor law to appeal the Administrative Law Judge's decision to the NLRB.

Readers: We suggest you read the full decision by Administrative Law Judge William G. Kocol, which includes a full summary of the details of the case and his conclusions. You can view it here.

For a selection of past stories in Fresh & Easy Buzz about the UFCW union and Tesco's Fresh & Easy Neighborhood Market (and related topics and issues) click here and here. Also click the older-newer links at the bottom of the linked pages for more posts.
Posted by Fresh & Easy Buzz at 6:02 PM

It would have been nice for the Judge to order the company post the notice on their web site as well.

There apears to be a relation with "green" stores being anti-worker. Whole Foods is one of the worst.