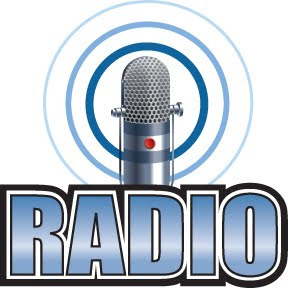 Fresh & Easy Buzz first suggested in this February 21, 2008 piece that Tesco's Fresh & Easy Neighborhood Market should launch a targeted, spot radio advertising campaign, combined with outdoor media like billboards. [click here to read other past posts on the topic.]

In September 2009, Fresh & Easy did just that, launching a series of radio ads (and billboards) in parts of Southern California, Metropolitan Las Vegas, Nevada and Metro Phoenix, Arizona, the three markets where its stores were located. Since then the grocer has added the Bakersfield and Fresno metro-markets in California to its current portfolio of 159 stores.

The radio spots feature "real customers" telling brief stories about why they shop at Fresh & Easy stores. You can listen to one of the Fresh & Easy radio ads featuring "Vinnie" here, and another featuring "Kim" here.

Fresh & Easy Neighborhood Market ran a rather moderate flight of radio spots from September 2009 to the end of 2009, the first quarter in which the grocery chain launched its radio advertising program. According to the Radio Advertising Bureau, the industry trade group which among other things tracks how much companies and other organizations spend on radio ads, says Fresh & Easy spent just $783,000 on radio advertising in the three markets mentioned above.

However, Fresh & Easy's radio advertising expenditures exploded in the first quarter of 2010 (ended in April 2010), according to a new report by the trade industry organization.

In the first quarter of 2010, Fresh & Easy Neighborhood Market spent $7.5 million on radio advertising - nearly a nine-fold dollar increase from the 2009 period - according to the study conducted for the Radio Advertising Bureau by the accounting firm of Miller, Kaplan, Arase & Co. All the numbers in the study are in quarter-to-quarter revenue comparisons.

Tesco's 2009/10 fiscal year ended on February 27. As such, Fresh & Easy's sales (and loss) numbers in the story linked above represent two months of that $7.5 million in radio advertising spending - January and February - with two months - March and April - not being accounted for in the Radio Advertising Bureau report, which is for first quarter 2010 radio ad spending.

Tesco is projecting a loss for Fresh & Easy in its 2010/11 fiscal year, which ends in early 2011, of about the same amount, in the $250 million range. Therefore it appears last year's sales and loss figures, and the 2010/11 sales and projected loss figures, include the $7.5 million in radio advertising Fresh & Easy has spent so far this year, plus whatever additional amount it will spend in the remaining months, from May -to- December 2010.

Based on the data supplied by the Radio Advertising Bureau, we can now also see the prediction by CEO Leahy includes a very healthy increase in radio advertising spending by Fresh & Easy, from a mere $750,000 in September-December 2008, to the $7.5 million in just the first four months of 2010. It will be interesting to see if Tesco's Fresh & Easy maintains this level of spending radio advertising for the rest of the year.

If they do maintain this level, or even 60% of it, and don't achieve the estimated 50% sales increase in 2010/11, over 2009/10, predicted by CEO Leahy, it will be a very poor sign of performance for Fresh & Easy, in our analysis, since combined with the grocer's opening of 50 new stores in this fiscal year, it's regular use of the 20% off ($6 off purchases of $30, ect) store coupons, it's weekly promotional advertising circulars, outdoor media (billboards) advertising program, and other marketing and merchandising expenditures, it should easily be able to achieve that 50% year-to-year overall sales increase predicted in April of this year by Mr. Leahy.

Tesco's Fresh & Easy Neighborhood Market wasn't the only food and grocery chain spending big dollars on radio advertising in the first quarter of 2010. In fact, a number of its competitors in California, Nevada and Arizona, saw their respective first quarter national (not just in the three states) radio ad-spends increase significantly as well.

Fresh & Easy competitors Safeway Stores, Inc. and Kroger Co. also saw substantial increases in the amount of money they spent on radio advertising in the first quarter of 2010, according to the Radio Advertising Bureau's study.

Safeway, which ranks overall as Radio’s fourth-largest Q1 2010 advertiser at $60.5 million, increrased its corporate spend by over 63% from 2009. Safeway operates about 1,300 stores in the U.S. and Canada, including over 600 Vons, Vons Pavilions and Safeway banner supermarkets in California, Nevada and Arizona.

Kroger, the third-largest food and grocery retailer in the U.S. after Walmart and Costco Wholesale increased its radio advertising spending by 14% , for a total of $27.7 million, in Q1 2010, over 2009. Kroger operates about the same number of stores as does Safeway in California, Nevada and Arizona. Its banners in the three states where Tesco's Fresh & Easy has its 159 stores are: Ralphs and Food 4 Less (Suthern California, southern Nevada) Smith's Food & Drug (Nevada) Fry's Supermarkets (Arizona) and FoodsCo (Northern and Central California).

Supervalu, Inc., which operates the Albertsons supermarkets in Southern Caliornia and southern Nevada, increased its national radio ad-spend by 4%, to $13.7 million.

Lastly, but far from least, iconic specialty grocery chain Trader Joe's increased the amount of dollars it spends on radio advertising significanly in the first quarter of 2010. TJ's, which many would suggest needs no radio advertising, spent $7.1 million on radio spots from January -to-April of this year, a 29% increase over 2009. Trader Joe's is headquartered in Southern California. The highest percentage of its about 315 stores are located in California.

Three other grocery chains, neither with stores in California, Nevada or Arizona at present, rounded out the top grocer radio advertising spenders for Q1 2010:

>Aldi USA, which has about 1,100 stores in the Midwest, Texas, Florida and the eastern U.S., had a huge radio ad-spend increase in percentage terms, buying $3.1 million worth of radio spots in the first quarter of this year, compared to a spend of just $119,000 in the 2009 period.

>A&P Supermarkets increased its spending on radio advertising six-fold, to $5.1 million in the first quarter, over the 2009 period.

The bureau says the substantial first quarter increased radio ad spending suggests in its analysis a significant improved in the overall U.S. economy because historically when the group tracks such significant spending bumps it means not only that the economy is on the mend but that businesses have increased confidence and therefore are willing to spend more of their marketing budgets on consumer-focused advertising rather than devoting nearly all of it on promotions, as have been the case during much of the recession.

Fresh & Easy on the radio

For Tesco's Fresh & Easy Neighborhood Market, its $7.5 million worth of radio ad spending in the first quarter should have allowed it to achieve at least some increased awareness in its markets. $7.5 million can buy a considerable amount of ad impressions over four months.

We've recently heard radio ads for Fresh & Easy in Southern California, southern Nevada and Metro Phoenix, Arizona, which means the grocer is continuing running the spots. It will be interesting to see if the fresh foods and grocery chain maintains the frequency of radio advertising it started the year out with for the rest of 2010.
Posted by Fresh & Easy Buzz at 9:08 PM