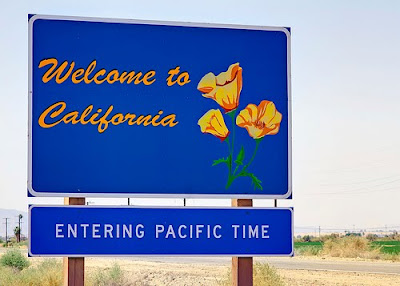 After various failed attempts over the last few years to require grocers to charge for or stop offering single-use plastic carrier bags [see here and here, for example], it looks like California will soon pass a law banning the Golden State's grocery stores, pharmacies, liquor and convenience stores from providing the free thin plastic bags to customers.

Assembly Bill 1998, authored by Assemblywoman Julia Brownley who is a Democrat from Santa Monica, passed on June 1 in the State Assembly, by 41-27 margin.

The bill bans the distribution of all single-use plastic bags in supermarkets, drug stores, convenience stores and liquor stores in California. Mass merchandisers like Walmart and Target, and department stores, can still offer the plastic bags to shoppers, however, under the existing bill as passed in the Assembly on June 1.

The plastic bag-ban bill has been sent to the California State Senate, where it's expected to pass either as is or with only a minor amendment or two.

Governor Arnold Schwarzenegger, who in the past has opposed similar bills, supports the plastic bag-ban legislation and has said he will sign it if and when it's passed in the State Senate, which could happen as soon as early July.

A hearing on the bill is set for June 28 in the State Senate's Environmental Quality Committee. Once passed out of committee, it will be voted on by the whole body of the Senate. [You can view the full history to date of AB 1998 here.]

The legislation wouldn't be on track to be passed and signed by the Governor though were it not for some shrewd political horse-trading and deal-making by Assemblywoman Brownley, other plastic bag-ban supporters and the California Grocers Association (CGA), the trade organization that represents 500 food and grocery retailing companies that operate about 8,000 stores in California.

AB 1998 originally banned both single-use and paper grocery bags, leaving just reusable bags as the only option grocers could offer customers. Many California grocers, particularly the big chains like Safeway and other key CGA retailer-members, didn't like the full plastic and paper ban but liked a provision of the law that might end what has been going on for years in California, which is city-by-city piecemeal legislation, in some cases banning (or proposing to ban) single-use plastic carrier bags completely, or enacting a per-bag fee on both paper and plastic. The provision the CGA likes is one that allows the state law to supersede any and all county or municipal bag-ban or fee laws currently on the books, as well as any future legislation that differs from it.

As a result of this potentially mutual ground, the grocer's association and Assemblywoman Brownley started talking a couple months ago.

Brownley, who failed to get a bag-fee bill passed last year [April 16, 2009 Two New Bills in California State Assembly Would Put 25-Cent Per Bag Fee on Both Single-Use Plastic and Paper Carrier Bags], and her supporters saw getting the CGA's support for the legislation as a game-changer, as did the Governor, who signaled he would support the bag-ban bill if it was backed by the state's grocers via their trade association.

The CGA also knew that the bag-ban bill, with a ban on both single-use plastic bags and paper bags, could pass even if they opposed it, which they weren't looking forward to doing considering the huge sums of money such lobbying efforts cost in Sacramento these days. The trade group also saw it as an opportunity to deal with and possibly put an end to what's been a highly-contentious issue for years between grocers, many members of the Democratic majority in the State Assembly and Senate and environmental groups: The banning or charging for single-use plastic and paper carrier bags.

Brownley and bag-ban supporters - fellow legislators, environmental groups, the UFCW retail clerks union and others - cut a deal with the GGA that went something like this: In return for amending the bill so that it would allow grocers to sell paper grocery sacks made of at least 40% post-recycled paper to shoppers for a fee of not less than five cents per bag, the grocers' association would support the bill, thereby making it as much a California food and grocery retailing industry piece of legislation as it was an environmental group bill. Key also was maintaining the provision in which state law supersedes any local bag-ban laws. [Note: We suggested this - the statewide uniformity - would be a good move for the CGA in this piece last year.]

The California Grocers Association and Assemblywoman Brownley discussed and agreed on terms; the trade association backed the bill; and the Governor got on board. The CGA's support also resulted in the California Chamber of Commerce deciding not to oppose the legislation, which they had planned to do prior to the grocery group's support of it. All this is key to why, to a person, every analyst of California politics says the bill will become law.

"There have been a number of different proposals and different cities have approached this in different ways," says Dave Heylen, the spokesman for the California Grocers Association, which is based in Sacramento.

"This bill would impact supermarkets, chain pharmacies, local neighborhood markets, convenience stores and liquor stores, so it provides a uniform statewide standard to help level the playing field among food retailers. A ban on single-use, carry-out bags brings the most environmental gain with the least competitive disruption for retailers," Heylen says in describing why the grocers' association supports the bill to ban single-use plastic carrier bags.

Currently four California cities - San Francisco, Fairfax, Palo Alto and Malibu - have single-use plastic bag-ban laws on the books. Two other cities, Oakland and Manhattan Beach, passed bans but haven't been able to implement the laws because of challenges in court. Numerous other California cities, and a couple counties, have proposals to either ban or charge a fee on single-use plastic carrier bags, and in some cases paper bags, in various stages of debate by local lawmakers.

But not so fast perhaps: We expect the single-use plastic carrier bag trade association, which has successfully stopped the laws in Oakland and Manhattan Beach from being enacted, to challenge the California law in the courts, starting with asking a judge for an injunction against its being implemented while the law's being argued in court. We anticipate the trade group will do this soon after the bill is signed into law by the Governor if it plans to challenge the single-use plastic bag-ban law. If this happens the law could be held up for a couple years before it works its way through the courts.

According to the State of California, 19 million single-use bags are used in the Golden State annually. The goal of the legislation isn't to replace plastic bags with paper. Rather, it's to increase the use of reusable shopping bags by consumers who shop in the state's grocery, drug, convenience and liquor stores.

By law, all grocers in California already offer reusable bags for sales in their stores, most even offering affordable versions for 99 cents or one dollar.

The state's grocers are also required by law to have bins in their stores and accept single-use plastic carrier bags from customers for recycling.

However, despite the widespread availability of reusable shopping bags at affordable prices and the recycling bins in the stores for a number of years now, the use of reusable bags by consumers, along with the rate of plastic bag recycling, hasn't increased significantly. Grocers report distributing nearly as many of the single-use plastic and paper carrier bags currently as they did 3-4 years ago, for example. And just 5% of single-use plastic carrier bags are recycled annually in California. That's actually an impressive number, since the average nationwide is about 1.5%-2%.

Virtually every major grocery chain in California - Safeway Stores, Kroger, Stater Bros., Albertsons, Save Mart, Trader Joe's, Raley's and the many others, as well as independents, offer both free paper and plastic carrier bags in their respective stores. Therefore it will be easy for nearly 100% of the state's grocers to make the transition - they'll just pull out the plastic carrier bags from the stores and start charging for the paper they currently offer for free. We expect per bag fees ranging from five to ten cents each in the beginning. If we had to bet, we would say five cents a bag to start.

Tesco's Fresh & Easy Neighborhood Market though only offers free single-use plastic carrier bags - along with a variety of reusable bags, ranging from its 20 cent per bag "bags for life," to 99 cent bags and more expensive canvas carriers - in its about 100 (out of 159) stores in California. Therefore Fresh & Easy will be faced with a decision if and when the single-use plastic bag-ban law is implemented.

That decision: Will Fresh & Easy offer paper grocery bags in its stores for a charge like all of its competitors will, or will it offer only reusable bags, which customers will have to pay at least 20 cents each for (the clear plastic but reusable "bags for life.")?

The self-service checkout stands at Fresh & Easy stores aren't outfitted to hold paper grocery bags, as is the case with its competitors checkouts. So if the grocer does bring in paper bags it will need to figure out where to put them. To do so properly might result in some re-configuring of the checkouts, which means added costs.

Of course there's another possible solution for Fresh & Easy: Don't bring in the paper bags at all but offer the reusable "bags for life" as the default bag, replacing the single-use plastic (and of course keep selling the other types of reusable bags), reducing the cost from the current 20 cents per bag to say 15 cents or 1o cents a bag.

But there could be a problem with this solution. The legislation defines a "reusable bag" as one designed and manufactured for at least 100 uses. Looking at and touching one of Fresh & Easy's "bags for life" at this very moment, it's hard to imagine it lasting for 100 uses. Nothing against the concept or the bag, which Fresh & Easy will replace for free if shoppers return it to the store when worn out. But they don't appear to be 100-use bags. If anyone has used a Fresh & Easy "bag for life" 100 times or more, let us know in the comments section below.

Fresh & Easy Buzz has written extensively about the single-use carrier bag issue - and reusable bags - since early 2008. Click here, here, here and here to read those stories and analysis pieces. There are links to additional posts at the end of many of the stories linked above. Also, at the bottom of each page you can click "newer posts" and "older posts" for more pages.
Posted by Fresh & Easy Buzz at 5:12 PM