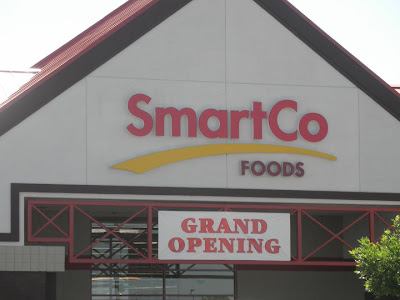 In yesterday's piece we also have a Sidebar-profile of the first SmartCo Foods store, which opened on June 23, at 1442 South Parker Road (at East Florida Avenue) in Denver, Colorado. Four more SmartCo Foods units are set to be opened this year in Metropolitan Denver. Smart & Final says it plans to open 20-25 of its new format stores in the Metro Denver region over the next couple years. 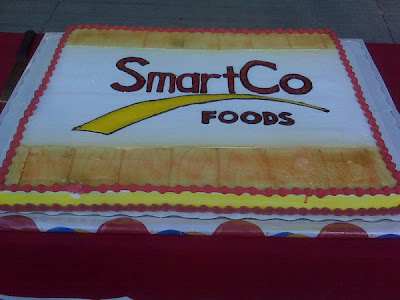 Last week, and again this week, Smart & Final's SmartCo Foods is going all out in promoting its first store in Denver, Colorado. On grand opening day it even told shoppers they could have their cake - and eat it to. Slices of the massive sheet cake above were offered to the first customers in the store on grand opening day, June 23.

New food and grocery retail formats, by existing and new-to-the-market retailers, are a big deal in a big, mature national market like the U.S. - they don't happen all that frequently. And in many ways they're an even bigger deal in the Western U.S., which hasn't seen a new format of note since Tesco's entered California, Nevada and Arizona with its Fresh & Easy Neighborhood Market fresh food and grocery store format and (now 159) stores in November 2007.

Because new formats (and aded competition) matter, and because Fresh & Easy Buzz likes to be a source of "fresh" information for our readers, below is a look in pictures, to go with yesterday's SideBar profile, of the first SmartCo Foods store opened in Denver Colorado last week.

A Pictorial Look at the First SmartCo Foods Store in Denver, Colorado 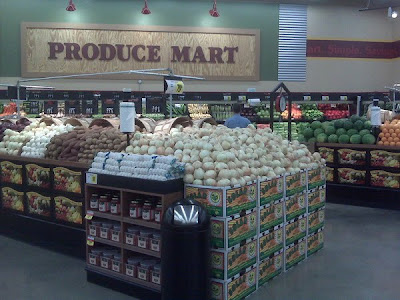 The produce department in Smart & Final's Denver SmartCo Foods store, opened on June 23, is huge and offers an extensive selection of fresh produce and related items. It borrows the farmers market-style design and bulk produce item merchandising scheme from the company's Henry's Farmer's Market chain (see above) and combines it with supermarket-style upright shelving for packaged fresh produce and related items (see below). 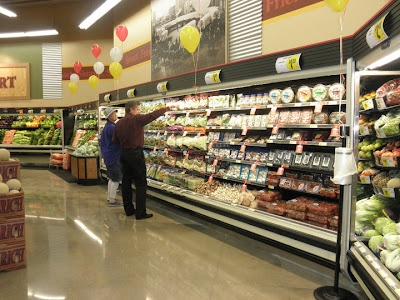 Note the extensive number of packaged fresh produce and related item SKUs (above), in addition to all mounds of bulk produce (top photo). 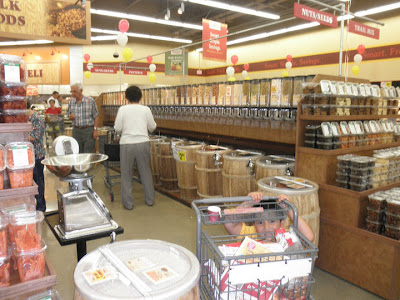 The SmartCo Foods format, and first store in Denver, includes a large bulk foods department. The department is similar to those of grocers Western U.S. grocery chains WinCo Foods, headquartered in Idaho, and Sacramento, California-based Raley's.

Grand Opening Day (and Beyond) Events-Promotions 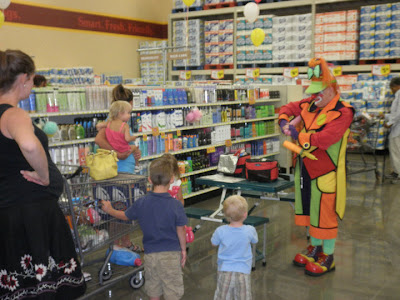 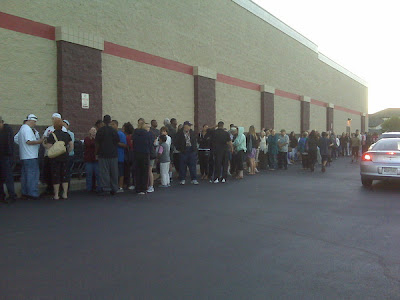 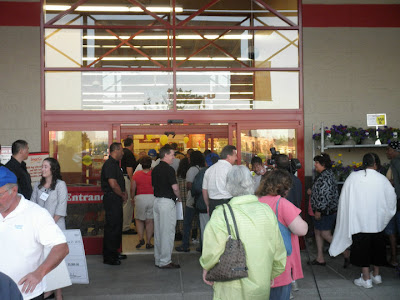 Top of two photos: customers line up at dawn, waiting for the store's doors to open at 6 a.m on grand opening day, June 23. SmartCo Foods gave the first 300 shoppers free grocery bags. Next: The patient customers head into the store at 6 a.m, when SmartCo Foods opens the doors of its first store in Metropolitan Denver, Colorado. 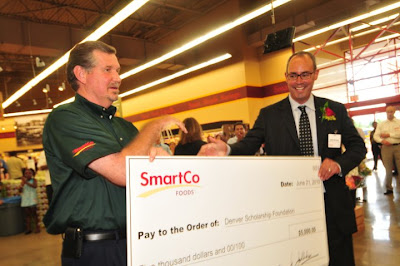 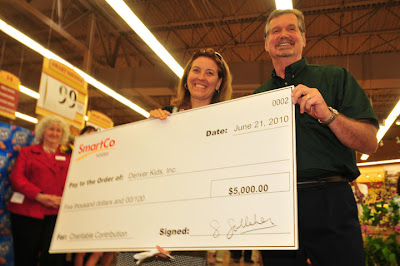 Glenna Norvelle (above) of Denver Kids, Inc. accepts a $5,000 donation from SmartCo Foods. 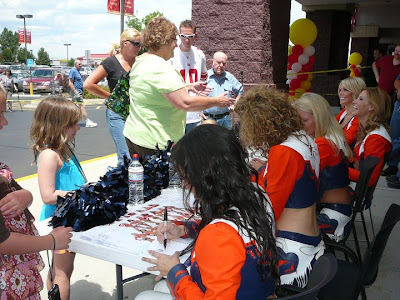 The popular Denver Broncos cheerleaders were on hand at the Denver SmartCo Foods store on June 26, signing autographs (above) and posing for photographs (below) for shoppers, along with creating a little heat among customers of all ages, shapes and sizes (above). 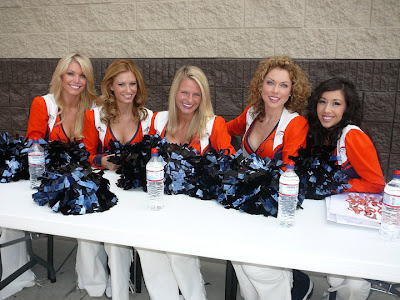