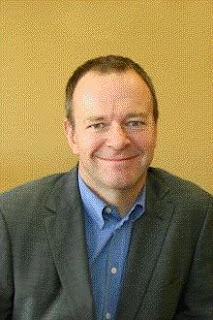 Tesco's Fresh & Easy Neighborhood Market USA hasn't come close to break-even yet. (The first stores opened in November 2007.) The nearly three-year-old fresh food and grocery chain posted a loss of $253 million for its 2009/10 fiscal year ended February 27, 2010, which is $45 million more than the $208 million loss Tesco reported for Fresh & Easy for its 2008/09 fiscal year. But Fresh & Easy CEO and Tesco plc director Tim Mason (at left) is doing just fine in terms of compensation, thank you: He pocketed $6.188 million (£4.27 million) last year for his efforts, about $3.477 million (£2.4 million) of it as a bonus, according to Tesco.

In fact, only one other member of United Kingdom-based Tesco plc's senior management team, its leader CEO Sir Terry Leahy, carted home more money in salary, bonus and stock last year than did Mr. Mason. CEO Leahy, who's been with Tesco for 31 years and CEO for 13 of those years, took home a combined total of £5.22 million ($7.564 million) for 2009. His salary portion of the total was £1.4 million ($2.028 million), with the rest being in various forms of performance-related pay. Tim Mason was Tesco's second-highest wage earner after CEO Leahy in 2008 as well.
Interestingly, CEO Leahy's 2009 total compensation the previous year was at £5.1 million ($7.390 million) at bit less than he took home this year because he took a pay cut in 2008/09 of £370,000 ($536,167) due to Fresh & Easy's failure to hit certain performance targets. Apparently the fact Fresh & Easy lost $45 million more in fiscal 2009/10 than it did in 2008/09 didn't trigger a pay cut for Leahy this time around. And it certainly didn't for Fresh & Easy CEO Mason, who earned nearly as much total pay as Leahy did for fiscal year 2009/10.
Tim Mason's and Terry Leahy's bonuses come out of a total pool of £24 million ($34,778) allocated by Tesco for its senior executive team, the result of achieving its highest profits in the company's 91-year history for the 2009/10 fiscal year.
Tesco also said it's created a bonus pot of £105 million ($151.777 million), which will be distributed to 216,000 of its employees in the United Kingdom, ranging from store clerks and office staffers to warehouse workers, as part of its annual "Shares in Success" worker bonus program. None of those funds go to employees of Tesco's U.S. Fresh & Easy chain. Tesco hasn't disclosed, and we haven't verified one way or the other, if Fresh & Easy workers are receiving a similar bonus.
Tim Mason has worked for Tesco since 1982. Mason, who is the the son-in-law of Lord MacLaurin, the former chief executive of Tesco who groomed Sir Terry Leahy for his current CEO position, started out with the retailer as a dry grocery category buyer, moving into the marketing department after two or three years. There he learned the Tesco marketing ropes working alongside then marketing director Leahy. In 1995 he became marketing director of Tesco in the United Kingdom. Before coming to California to launch Fresh & Easy in 2006, Tim Mason also was chairman of Tesco's online operations, Tesco.com, which as marketing director he played a major part in creating.
Succeed or fail, from a compensation standpoint Fresh & Easy Neighborhood Market is a win-win for CEO Tim Mason. His total compensation, including bonus, is based on Tesco's overall performance. In addition, since he is a corporate director of Tesco plc, along with being the CEO of its U.S. operation, he gets stock options based not on Fresh & Easy's performance but on that of Tesco as a whole.
Of course if Fresh & Easy Neighborhood Market does succeed in terms of hitting certain performance standards, both CEO Mason and Tesco plc CEO Leahy stand to win big. For example, according to Tesco, Leahy and Mason are entitled to nearly 50 per cent of their respective salaries in deferred company stock if Fresh & Easy hits certain performance targets over a given period of time. From a purely compensation standpoint that's the definition of success for Mason and Sir Terry at Fresh & Easy. According to Tesco, CEO Leahy was awarded 65 per cent of the potential maximum number of those shares as part of his annual bonus this year. It didn't say if Mason was awarded any of his shares as part of his bonus for the 2009/10 fiscal year.
That's the big win. But taking home $6,188 million as the head of a grocery chain that's lost nearly half a billion dollars in the last two years isn't bad either. In fact, it's nice work if you can get it, albeit at times it's probably a bit challenging and frustrating. Perhaps there's some sort of start up-oriented incentive pay built into that $6.188 million? And, in these times, like Tesco's famous slogan says: "Every Little (Bit) Helps."
Posted by Fresh & Easy Buzz at 2:27 PM