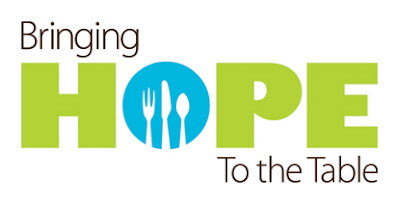 Although the positive trend towards an improving U.S. economy and job growth continued in May, albeit with a very sluggish private sector job gain of just 41,000, America's food banks continue to see record numbers of people in need of food assistance, including numerous working people who are having a struggle making ends meet because of reduced hours on the job, stagnant wage growth and rising expenses.

For example, in a November 2009 study (its most recent), the The U.S. Department of Agriculture’s Economic Research Service (USDA) reported that 49 million Americans, including nearly 17 million children, are food insecure. That's about 15% of the total U.S. population.

This is an increase of 36 percent over the numbers released in 2008 by the USDA, which found that 36.2 million American were at risk of hunger at that time.

The November 2009 USDA report mirrored the findings in late 2009 of a research study conducted by Feeding America, the nation’s leading hunger-relief organization, reflecting a dramatic increase in requests for emergency food assistance from food banks across the country. Feeding America was formerly called Second Harvest.

Conducted in September 2009, the Feeding America study shows that its network of food banks throughout the U.S. were experiencing an average increase in need from Americans of nearly 30 percent. In addition, some of Feeding America's 200 U.S. food banks reported increases in requests for food aid of more than 50 percent over a year prior. The same percentage increases have been reported by faith-based and other community food banks and organizations not affiliated with Feeding America.

According to Feeding America, that increase in need has not decreased in 2010. In fact, Feeding America-member food banks and local food pantries throughout the U.S. are currently reaching out to the U.S. food industry, other businesses and groups, and individuals, for added assistance, as requests from unemployed and working Americans alike continues to increase despite the positive signs that the economy might be on the mend. Unemployment remains at near 10% nationally, and in parts of the U.S., like California, Nevada and Arizona, its in the 12% -to- 13% range.

Below are some stark facts as of January 2010, according to the USDA and Feeding America:

Food, Grocery and general merchandise retailer Kroger Co. said today it's responding to the needs of Feeding America and other local food banks by launching a two-week campaign it's calling "Bringing Hope to the Table," in its 2,468 supermarkets and superstores nationwide, which runs through June 19.

Here's how the two-week campaign works, according to Lynn Marmer, Kroger's group vice president of corporate affairs: "Every time customers purchase participating national and corporate brand items in any of Kroger's family of stores through June 19, they will be showing their support for food banks in their own community. Participating items will be marked with yellow shelf tags to indicate their pledge to support 'Bringing Hope to the Table.'"

"Through 'Bringing Hope to the Table,' our customers, associates and vendors can drive funds to food banks that feed hungry people in their own communities," says Marmer. "In 2009, Kroger stores partnered with customers and vendors to donate enough food to serve 40 million meals to feed hungry families in the communities we serve."

Kroger Co. is the number one traditional supermarket chain in the U.S. and the third-largest overall food and grocery retailer, after leader Walmart and number two Costco Wholesale.

Even if the positive trend of economic improvement holds in the U.S., it's unlikely we'll see much improvement in the jobs picture until at best mid 2011. Additionally, the Federal Reserve and nearly every economic analysts in the country says wages are likely to remain stagnant for at least that long, and probably longer. As a result, its doubtful that America's food banks will see any reduction in requests for food assistance from unemployed and working Americans. In fact, with events like the BP oil spill putting so many additional Americans out of work in the gulf states, we can expect the numbers of those in need of help to increase throughout this year.

Initiatives like Kroger Co.'s "Bringing Hope to the Table" campaign and similar efforts by numerous other grocery chains and food retailers are vital to helping the thousands of local food banks and pantries in the U.S. meet the needs of those needing assistance during these tough economic times. And in a country of food abundance like the U.S., we all should do our fair share to help.

If you want to help Feeding America and its 200 local food banks, go to its website here. Additionally, for more information about Kroger Co.'s efforts in partnership with Feeding America click here.
Posted by Fresh & Easy Buzz at 6:35 PM