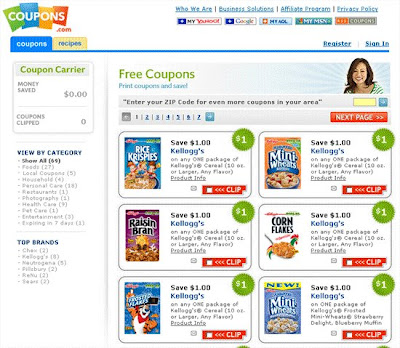 Ready-to-eat breakfast cereals, like the $1.00-off Kellogg's brands SKUS pictured above on the Coupons.com Web site graphic, were the number one category of coupons printed out by consumers last month (March 2009) on the Web site, which is the number one online coupon site based on overall shopper usage and volume.