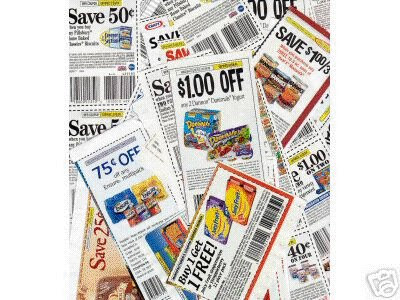 The Economides', America's self-proclaimed "cheapest family" likely wouldn't shop at a Tesco Fresh & Easy Neighborhood Market even if one was located just a few steps from the front door of their house.

It's not that the family, who's last name (pronounced economy-dis) even sounds frugal, has anything against Fresh & Easy in general. Rather, they have one specific problem with the grocery chain's stores, which would be a deal breaker for the family to shop them: Tesco's Fresh & Easy Neighborhood Market grocery stores do not accept manufacturers' cents off coupons.

The Economides' use manufacturers' coupons as their key strategy in spending only $350 a month on groceries for their family of six. And despite spending such an amazingly small amount of money each month on food and groceries, the husband and wife team say they eat very well, thank you.

Husband and wife Steve and Annette Economides, the heads of the self-proclaimed cheapest family in America, say they are able to stock a lot of food for a little bit of money, thanks, in part, to coupons. They use them for almost every item. During one recent shopping venture, for instance, the Economides' bought more than $140.58 worth of food for $53.01, Annette Economides told ABC TV's Good Morning America last Thursday in this report.

The Economides' told Fresh & Easy Buzz that manufacturer cents off coupons are the key to their multi-level strategy, which allows the family of six to spend a mere $350 monthly for groceries.

The morning show's producers gave Annette and Steve Economides $100, telling them to employ all their frugal shopper strategies including using manufacturers' coupons, and see how much they could buy with the $100.

The Economides' did their America's Cheapest Family" image, and Good Morning America, proud. They left the supermarket with 13 full grocery bags, buying everything they intended to, going over the $100 budget by only $1.77. Thirteen full bags of groceries, including fresh produce, meats and everything else for $101.77 isn't anything to sneeze at. Most of us feel pretty good if we can get away with four bags at that cost.

Chief among the tools Annette and Steve Economides said they used to achieve the 13 bags of groceries for a shade over $100 bargain was manufacturers' coupons, and lots of them--but only for those items they regularly buy--which is one of their hard and fast rules. No impulse item coupons for "America's Cheapest Family."

The Economides' may be cheap but they also are savvy marketers. They've created a website called (what else) America's Cheapest Family. On the website they offer frugal grocery shopping advice and strategies, sort of a primer in strategic shopping, as well as sell their New York Times' best selling book titled (what else) America's Cheapest Family. The also offer a subscription-based newsletter, The HomeEconomiser, that is packed full of strategies and tips for families to save money. The website also sells other related books and items, along with having a few ads on it.

Annette Economides has been called the" Coupon Queen" for her strategic method of using manufacturers' coupons to save substantial sums of money at the supermarket. She's even taught classes in strategic coupon use.

Don't go to the grocery store often
A lot of families are going three, four, five times a week. You have to take a challenge and say, "I'm going to plan a menu. I'm going to plan five dinners. And I am going to go shopping once this week, and buy the stuff I need, use what's in my pantry."

Leave the kids at home.
You'll save three times the price of the baby sitter if you have time to really think and walk through the store and pick up the things you really need.

Slice your own luncheon meat.
Buying meat and asking the deli to slice it can save $1 to $5 a pound. The Economides family also recommend that you grind your own meat. You can buy the cheapest cuts of chuck roast or chuck steak at $1.50 a pound, leave most of the fat on and grind it to look and cook as if you had bought $5-a-pound lean ground beef. The say the savings can be $3.50 a pound.

These three strategies, along with the strategic use of manufacturers' coupons, are merely the tip of the frugality list from "America's Cheapest Family." That's why they created the website, which is turning into an industry along with their book.

Hits on the website, sales of their book and other related items are soaring even higher than the cost of food and groceries are in the U.S. The high food inflation, soaring gasoline price and all together poor economy is creating a demand for what the frugal family is preaching, evidenced by the fact that requests for them to speak to groups, appear on television, be interviewed for publications and teach classes, are keeping them so busy Annette Economides is having a hard time finding time to do her grocery shopping.

Of course, what the Economides are teaching and preaching isn't the best music to the retail food and grocery industry's ears. In what is arguably the lowest margin business in the U.S., grocers count on impulse sales to give them a sales and profit boost. And manufacturers like to use coupons in many cases as a way to generate new trial and boost sales of impulse-oriented products. However, if the Economides family's strategic grocery shopping program ever becomes widespread, the industry just might have to rethink its entire business model.

But the frugal family also are partly responsible for the soaring increase in coupon use among American shoppers in the last year. Not as responsible as the poor economy and fast-rising food prices of course. However, their message is being publicized in media far and wide which is helping to generate the highest levels of manufacturer coupon use ever seen in recenttimes, according to a recent report from the Food Marketing Institute (FMI). Coupons are like cash (eventually) to grocers, so they generally welcome and even encourage their use.
Earlier we mentioned Annette Economides is so busy with the business and money-making aspects of "America's Cheapest Family" she's finding it hard to carve out time for frugal grocery shopping. She makes time for the strategic shopping though, along with making time to clip manufacturers' cents off coupons and use the Internet and other sources to obtain them. Shoping on the cheap and using the coupons are her bread and butter in more ways than one after all.

The frugal Economides family is helping to make cheap chic in the U.S. during these tough economic times. We predict there even soon might be low-priced cheap-chic designer versions of manufacturer cents off coupon mini carrybags. After all, even the cheap should get to do so in style.
Posted by Fresh & Easy Buzz at 5:30 PM

A pyhrric victory if any at all. Time is money -- their waste of time is wasting everyone else money by building obstacles to efficient shopping. They would save even more money if they bought private label but let them enjoy their ignorance.

I'm intrigued by this notion of getting so many groceries for so little money. I guess my biggest question (and I'll click through the links to see if I can find an answer) is how the Economides get so many coupons to use at one time. I try to stockpile them from the two Sunday papers we get each week, but even that isn't enough. I'm wondering where their coupons are coming from--perhaps downloaded from the Internet? If so, I know that a lot of stores near me won't take these for fear of fraud.

Your post has inspired me to write something at my blog The Lean Green Family on super cheap ways to grocery shop for back to school. I hope to have that post up tomorrow. Thanks.

For the person who wanted sources for additional coupons, there are groups of consumers in many cities and towns who do coupon exchange programs. They all bring a bunch to a lunch, create a huge pile, then everybody can pick and choose the ones they want. Do a Google search and you can find out more about this. The Internet also is a great way to get coupons rather than just using the Sunday papers. You can get so many more and choose just the ones you want. There are many online coupon sites. Just look on Google or Yahoo.