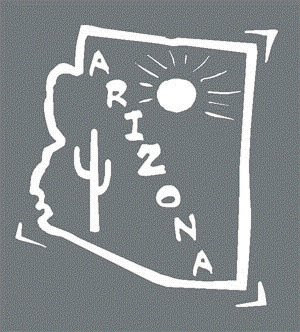 North Carolina-based Family Dollar operates 6,600 (in 44 states) of its small-format (7,500 -to- 10,000) square feet) dollar discount stores in the United States, including numerous stores in Arizona, one of the three states where Tesco operates its small-format (10,000 -to- 13,000 square foot) Fresh & Easy combination grocery and fresh foods markets. The other two states are California and Nevada.

The decision to expand the amount of square footage devoted to consumables and groceries in its stores beginning in May is all about consumer trends and sales in the current recession for Family Dollar, which is one of the U.S. retail chains that's currently benefiting from a flight to value retailers by shoppers in the current economic downturn in the U.S..

Family Dollar stores' s just-reported second-quarter financial results bare out the fact that consumables and essentials are where it's at for the retailer.

The dollar-discounter said a 13% increase in sales of consumables — including food, household-oriented packaged goods products, health and body care and pet food — drove second-quarter revenues up by 8.7% to $1.99 billion, compared $1.83 billion in the same quarter in 2008. As a percent of total sales, consumables increased to a whopping 61% at Family Dollar.

Gross margins are also looking rather good for the small-format, dollar-discount chain. For the second-quarter it reported its margins were up by 1% to 33.7% of sales.

It's clear the dollar-discount chain, which has Arizona stores in Phoenix, Tempe, Avondale and Tolleson, with additional units planned for the state, is benefiting from what we've identified and term a significant consumer flight to value-based retailers when it comes to much if not all of their food and grocery shopping in the current recession.

Fresh & Easy Buzz has learned that Family Dollar will carve out as much additional space in its stores for consumables, grocery, household cleaning and related "supermarket-type" items as it can. The retailer believes with its lower-cost, small-format store structure, combined with its huge buying power (the 6,600 stores), it can offer food and grocery items it currently isn't selling in its stores at prices that come in on a regular basis as the lowest in most of the market regions where it has its stores.

Family Dollar chairman and CEO Howard Levine said last week that he thinks the chain's combination of offering value (dollar store format and pricing) and convenience (the smaller footprint store size) positions the chain to continue doing well as it devotes the increased store square footage to consumables-groceries and the related packaged goods items, with at the same time continue to focus on value with its general merchandise product selection.

"In today’s challenging economic environment, families of all incomes are looking for ways to save money. Our strategy of providing both value and convenience continues to resonate well with consumers, and, as a result, we continue to capture more shopping trips and gain market share," Levine in a statement.

Family Dollar is the latest, but far from the only of what we call "alternative-format" retailers, to increase the amount of space (and number of SKUS) for food and grocery items in its stores.

For example, we've written about and offered analysis on drug chain Walgreens' major move to position its stores as offering more "affordable essentials" items, including dramatically expanding the number of food, grocery, household packaged goods, health and body care and related SKUS in its drug stores located throughout the U.S. Walgreens has hundreds of drug stores in California, Nevada and Arizona.

The dollar store retailing format segment in general is doing well, particularly in consumable and grocery sales, in the current economic downturn. As an example, the California-based "99 Cents Only" chain has already expanded the number of food and grocery SKUS it carries in its stores, which prior to that expansion was already a significant amount, across numerous categories.

Dollar stores were popular before the recession hit. But they've become even more popular since the recession started, and even more so as it has intensified. Many consumers who never bought consumable and related grocery items before at dollar or 99-cent stores are now doing so, which helps explain the double-digit sales growth at chains like Family Dollar.

Alternative-format retailers -- retailers that aren't positioned mainly as a supermarket or grocery stores but still sell limited assortments of food and grocery items -- like drug chains and dollar-99-cent store chains have numerous stores in the U.S.; the power of location. (Walgreens has over 10,000 units in the U.S. Add that to Family Dollar's 6,600 and you have about 17,000 stores represented by just two chains in these segments.)

Therefore, by adding even just a few hundred new SKUS in the food and grocery categories to their respective stores, such chain's can have a significant overall competitive influence on food and grocery format-centered retailers (supermarkets, ect.) because of this power of location; having so many stores in so many places and markets.

And in this recession there is a growing trend by various alternative-format retailers to increasing the variety and number of consumables and consumer packaged goods SKUS they offer in their stores.

For example, in the drug chain segment the CVS chain and Rite-Aid both are putting an increased emphasis on consumables and grocery items, particular in the number of items featured and discount-price promoted in their weekly advertising circulars.

Even big box home retailers like Home Depot and Lowes are offering more consumables, particularly bottled water and soda pop, on promotion in their stores. And these chain's are offering far more SKUS in the household cleaning products category than they were before the recession hit. They have to because the housing foreclosure crisis and recession took the bloom off the rose off what until early 2008 was a booming home improvement trend in the U.S. among consumers -- a trend that benefited home stores like Home Depot and Lowes significantly.

And, according to this April 3, 2009 report in Natural~Specialty Foods Memo [Retail Memo - Alternate Formats: Toys 'R' Us Testing Store-Within-Store 'R Market' Grocery Departments in Three Chicago-Area Toys 'R' Us Toy Stores], even the Toys "R" US chain is testing limited assortment food and grocery sections in three of its toy stores in the Chicago, Illinois Metro region.

It's our analysis that additional alternative-format retailers will continue to expand the amount of square footage devoted to food and grocery items in their stores, along with expanding the variety and number of SKUS they merchandise in the stores, during this economic recession.

We also believe many of the retailer's that do so will most likely keep the expanded food and grocery selections once the recession ends.

We even expect that a few other U.S. retailers that don't at present offer any food and grocery items for sale in their stores, like the Toys "R" Us example, will began offering limited assortments of consumables and groceries, particularly essentials, this year as a way to attempt to draw shoppers into their often empty stores, whatever the format, increase sales, and overall compete during a time when general merchandise, soft, hard and durable goods retailers are struggling in a very serious way.
Posted by Fresh & Easy Buzz at 10:43 AM