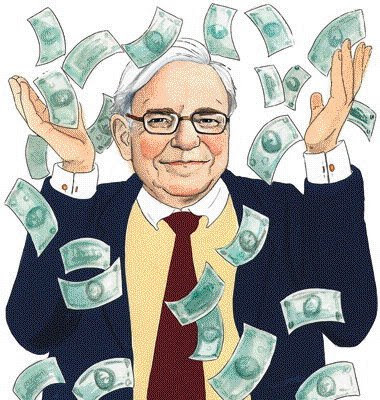 Billionaire investor and CEO of the Berkshire Hathaway investment firm Warren Buffett, who owns $1.5 billion worth of Tesco Plc. stock (about 4% of the company), making him among if not the top individual investor in Tesco, is coming to the rescue of fledgling Wall Street investment bank Goldman Sachs, which is a major player in food and grocery retailing finance, with a $5 billion purchase of Goldman stock.
Tesco Plc. owns and operates Fresh & Easy Neighborhood Market USA, which currently operates 83 small-format, combination basic grocery and fresh foods convenience-oriented grocery stores in Southern California, Nevada and Arizona.
Goldman Sachs said in a statement before the close of business today on the east coast that Buffett, through his Omaha, Nebraska USA-based Berkshire Hathaway holding and investment company, "will buy $5 billion of (Goldman Sachs) perpetual preferred stock that carries a 10 percent dividend. It (Berkshire) also will receive warrants to buy $5 billion of common stock at $115 per share, exercisable within five years."
Even though Goldman is struggling, it is the strongest investment bank in the U.S., according to industry analysts. Those two facts obviously weren't lost on the savvy Buffett, often called the "Oracle of Omaha," since the deal he's cut looks pretty good, particularly the 10% dividend aspect of the investment.
"This is a marriage of two incredibly intelligent, attractive partners," Michael Holland, a money manager at Holland & Co in New York told the Associated Press this afternoon. "Buffett is saying about the top management of Goldman Sachs that they're distinct and different from their competitors. and it's a vote of confidence which is gold plated. You don't get better than this."
Shares of Goldman rose $10.65, or 8.5 percent, to $135.70 in after-hours trading following the announcement. They rose $4.27, or 3.5 percent, to $125.05 in regular trading.
In its statement, Goldman Sachs also said, in addition to the Buffett/Berkshire Hathaway investment, it plans to sell at least $2.5 billion of common stock. It announced the offerings after earlier this week announcing it would become a bank holding company, enabling it to accept deposits, and killing the investment banking model that has dominated Wall Street for decades.
It appears the new Goldman -- part investment bank and part commercial bank now -- has no plans to go away or be taken over like Bear-Stearns, Lehman Bros. and Merrill-Lynch have.
Warren Buffett also issued a statement this afternoon about Berkshire Hathaway's $5 billion investment in Goldman Sachs.
"Goldman Sachs is an exceptional institution," Buffett said in the statement. "It has an unrivaled global franchise, a proven and deep management team and the intellectual and financial capital to continue its track record of outperformance."
In addition to his $1.5 billion stake in Tesco plc., Warren Buffett owns from $1.5 -to- $2 billion worth of stock in mega-retailer Wal-Mart, Inc.
Berkshire Hathaway also owns a number of food and grocery industry companies outright. Those companies include candy maker and retailer See's Candies, the International Dairy Queen restaurant chain, gourmet products retailer The Pampered Chef, and convenience store wholesale distribution company McLane Company. Berkshire Hathaway owns over 50 companies, along with having major investments in others. [ Click here for a list of the companies Berkshire owns.]
As an investment banking firm, Goldman Sachs provides considerable value to the international food and grocery retailing industry. For example, It's been a major investor in numerous supermarket chains and food and grocery manufacturing companies. Goldman also has on its staff some of the top supermarket and retail industry analysts in the business. The firm also holds what arguably are the top food retailing investment conferences in the U.S.
Although we doubt if it was even a minor consideration in making his investment, there's a certain synergy in Warren Buffett's coming to the rescue of Goldman Sachs, which is a major player in the food retailing space, and his and Berkshire Hathaway's major investment stakes in the world's number one retailer -- Wal-Mart -- and the number three global retailer -- Tesco plc.
Reader Resources:
Click here to read a number of past stories about Warren Buffet and Tesco published in Fresh & Easy Buzz.
Posted by Fresh & Easy Buzz at 4:16 PM