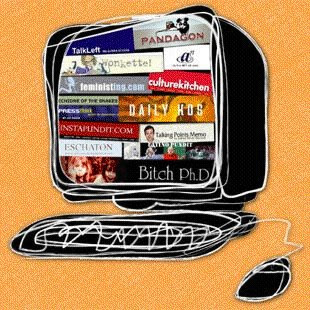 The food and grocery industry Blog Natural~Specialty Foods Memo is running what it calls a "Small-Format Food Retailing Special Report," in which its writing about various aspects of small-format food and grocery retailing: profiling retailers and discussing issues involving small-format stores.

Below are a few 'Friday Favorites' -- selected stories from the Blog's small-format feature:

Fresh & Easy stores offer a limited assortment of basic food and grocery items under its own fresh & easy store brand, along with some national brands, and fresh & easy brand fresh, prepared foods. The markets also fresh produce, meats, bakery items, craft beers and wines, and some non-foods items in the stores, which average 10,000 -to- 13,000 square feet.

Fresh, prepared foods merchandising has been around in U.S. food and grocery retailing for a couple decades. However, in the last 10 years or so it's become a fast-growing element of supermarket merchandising, particularly picking up steam in the last 4 -to- 5 years.

Among the participants in the fresh foods discussion included people responsible for fresh foods merchandising at some of the top retail chains in the U.S.

Topic: Supervalue, Inc., the second-largest U.S.-based supermarket chain, is launching Culinary Circle, a new brand and line of premium quality but "value-priced" prepared foods in the supermarket chains it owns throughout the United States, including the Albertsons chain which has hundreds of stores in Southern California, Arizona and in the Las Vegas, Nevada Metropolitan region where Tesco's Fresh & Easy has its 82 grocery markets.

Nowhere is the supermarket prepared foods sweepstakes heating up more competitively among grocers than in Southern California, where Tesco's Fresh & Easy has over half of its 82 grocery stores. Safeway's Vons, Kroger Co.'s Ralphs, Albertsons (which is owned by Supervalu and is in the process of rolling out the new Culinary Circle brand prepared foods line into all of its stores in the region), Whole Foods Market, Inc., Trader Joe's (which is headquartered in Southern California), Gelsons, Bristol Farms, Sprouts Farmers Market, Henry's Farmers Market, Smart & Final, Costco and others all are becoming major players, along with Fresh & Easy in prepared foods merchandising. That's why we call it a sweepstakes.

Topic: Britain's famous Graffiti street artist Banksy could do for Tesco store brand canned Tomato Soup what the late American pop artist Andy Warhol did for Campbell's brand canned soups, which was to put them on the pop-art map, in the U.S. when he produced his famous poster featuring a repetition of Campbell's red and white label soup cans. That poster even hung in New York's Metropolitan Museum of Art. 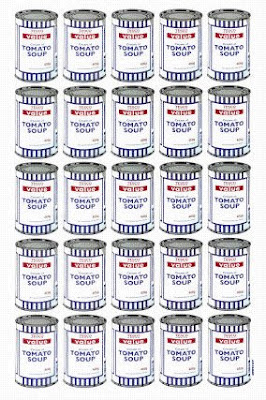 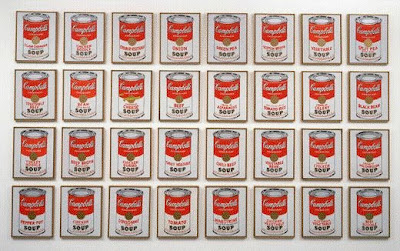 Topic: Tesco is leading a lobbying efforts along with a handful of other UK companies demanding stronger action on climate change by Britain's Parliament. That's a switch in that its usually government that's demanding stronger action on such issues from corporations. Read more about it here: Govt lobbied by green business leaders. And here: Big Business Bosses on Climate Change Action

Topic: Times are tough economically in the UK just as they are in the U.S. Realizing this fact -- and knowing that a little drink of wine can do far more for struggling consumers that a whole lot of whining will do -- Tesco and one of its Chief UK food retailing rivals Sainsbury's are offering "affordable wine" to British shoppers. After all, cutting back is one thing -- but eliminating the fermented juice of the grape completely is unthinkable for many consumers. Read more here: Cutting back: affordable wine. Simple, affordable pleasures can keep one going in bad economic times.

Topic: For those living in the U.S. and fed-up with $4 gallon gasoline, perhaps spending a little time in the UK where gas costs about three times that much per-gallon will make you less angry about the price you're paying at the pump. But don't think for a minute UK consumers aren't equally as angry about the price of petrol across the pond. And that fact isn't lost on the UK's gasoline retailers, which include supermarket chains Tesco, Asda and Morrisons. They've started a gasoline price war of sorts, which has been joined by UK service stations Shell, BP and others. Check it out here: Petrol costs down as price war resumes. And here: Price war brings fuel prices down.

Meanwhile, Tesco is considering eliminating its policy of offering biofuels along with petrol at many of its UK filling stations: Biofuels: Tesco may scrap policy. We wonder though how that fits with the call for the UK government to enact tougher carbon emissions standards?
Posted by Fresh & Easy Buzz at 6:15 PM