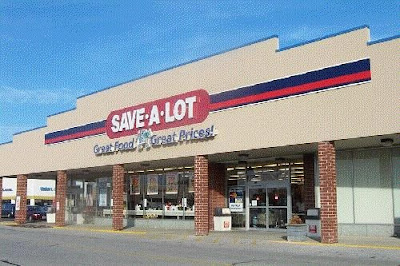 From the Fresh & Easy Buzz Editor's Desk: In our reporting, writing and analysis of small-format food and grocery retailing in the U.S. and globally, Fresh & Easy Buzz has discussed how the fastest-growing and empirically most successful small-format grocery chains in the U.S. to date have generally been what we refer to as the no frills, small-format deep-discounters like Aldi USA and Supervalu, Inc.'s Sav-A-Lot. Even Trader Joe's, a fabulously successful small-format specialty grocer uses many principles of the deep or hard discounters, applying those principles to the specialty and natural foods' categories.

In his editorial commentary in Supermarket News this week, editor-in-chief David Orgel discusses this issue, along with quoting a supermarket industry analyst who says in what we call the small-format food and grocery retailing revolution going on in America it will be the deep or hard discounters, in his analysis, who win not only the battle but also the war, to stretch a metaphor a bit.

Mr. Orgel also addresses the issue of store count growth for both SuperValu, Inc's Sav-A-Lot and Aldi USA, suggesting as the supermarket industry analyst he quotes offers that both these chains might just be growing too slowly.

We essentially agree with this analysis, believing each of these no frills, small-format deep discounters not only has much room to grow in regions where they each have numerous respective stores already, but even more so to grow into regions where they have little or no retail presence currently. This is particularly true for Aldi USA. Although it has about 950 stores in the U.S., not one of its stores are in the Western United States, which is a potentially lucrative market for the hard discounter. The west also is the fastest growing region in America.

Sav-A-Lot, with over 1,200 stores, has more of a national presence in the U.S. than Aldi USA in terms of geography. However, there is much room for Sav-A-Lot to grow its store count considerably. For example, the retailer has only a smattering of stores in California, which is a nation state all by itself with nearly 40 million residents.

Both Aldi USA and Sav-A-Lot have realized they can grow their respective store counts considerably. That's why Aldi USA announced late last year it plans to open 75 -to- 100 new stores a year for the next five years.

SuperValu, Inc.'s Sav-A-Lot isn't growing its store count as fast as Aldi USA is. However, the retailer has increased its new store development program and has told Fresh & Easy Buzz it has plans to increase the number of new stores in the development pipeline even more.

And although 2012 is a ways off, as we reported in this June 12, 2008 piece, "Breaking News and Analysis: German Small-Format Discount Grocery Chain Lidl is 'Coming to America' By 2012 Says Chief Executive Klaus Gehrig," the CEO of Aldi International's chief international small box hard discount competitor, German-based Lidl, says the no frills, deep discounter is planning to start opening stores in the United states in less than four years, and perhaps sooner.

Below is David Orgel's commentary on the small-box sweepstakes from this week's edition of Supermarket News.

America has lots of problems, but a lack of stores isn't one of them. No presidential candidates are campaigning on the platform of accelerating the expansion of food retailers. Neither is that a goal for most grocers, which have cut back on new openings in recent years to ease the glut of stores. One exception is the growing interest in small formats from Tesco, Safeway, Wal-Mart and others that threaten to one day flood the market with new square footage in a smaller way.

However, there's actually one segment of retail, indeed of small-store retail, that may not have enough stores. That is the limited-assortment category, also referred to as hard discounting in some circles. This class of retail made a big splash in Europe, but in the U.S. its participants, chiefly Aldi (part of Germany's Aldi Group) and Save-A-Lot (a unit of Supervalu) have rarely commanded the spotlight despite noteworthy successes.

All of that may now be changing, largely because the U.S. economy's nosedive has led many consumers to seek out the lower-priced, private-label-heavy assortments offered in these outlets.

Which brings up the question of whether there are enough of these stores to satisfy shoppers. In this week's Part Two presentation of SN's Financial Analysts' Roundtable (see Page 22), John Heinbockel, managing director at Goldman Sachs, New York, contends that the demand for hard discounters may actually outpace the supply. Here are excerpts from his comments:

“The most promising small-box concept is an old one but an underdeveloped one in the U.S. — the hard discounter. … When you realize there are more than 15,000 dollar stores in the U.S. and only about 2,200 hard-discount stores targeting the much bigger retail food market, it's very clear there could be 6,000 or 7,000 or 8,000 hard-discount stores in the U.S. ultimately. … Aldi is probably growing too slowly, and so is Save-A-Lot, which may allow a third competitor to come into the market.”

I think Heinbockel is onto something here, although I have a hard time imagining the number of stores at the upper range of his prediction. Both Aldi, at close to 1,000 units, and Save-A-Lot, at about 1,200, are on expansion paths, although not the kind of growth that would add thousands of stores.

These retailers are also trying to enhance customer experiences. Aldi is focusing on improving the look of its stores, better integrating its brands across categories, and selectively expanding SKUs. Save-A-Lot is giving its operators more leeway to practice local marketing and is hoping to expand its base to include younger, urban and ethnic customers. These changes are important because hard discounters will encounter more competition in coming years. How these retailers execute their changes will determine if they solidify a larger base or stumble by testing too many new directions.

I would bet on these players because the stars seem to be aligned. When you look at all the retailers experimenting with a wide range of small formats, it's clear that the most proven of the small boxes — the hard discounter — has the best shot at success.
Posted by Fresh & Easy Buzz at 2:41 PM