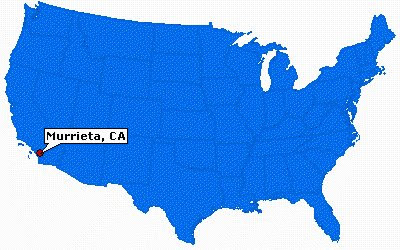 The Murrieta Fresh & Easy, which is one of the grocer's built from the ground up stores rather than being one housed in a remodeled retail building like the majority of its grocery markets currently are, held its grand opening Wednesday morning, getting a strong crowd of first day shoppers looking for bargains, along with curiosity seekers and about 25 pickets from the United Food and Commercial Workers (UFCW) union in attendance.

The UFCW demonstrators, who were largely ignored by shoppers and others attending the store grand opening, according to a Fresh & Easy Buzz correspondent who was at the store opening, were there protesting Tesco's refusal to meet with union leaders to discuss the potential of unionizing the U.S. Fresh & Easy chain.

United Kingdom-based Tesco, which is that nation's leading food and grocery retailer and the third-largest retailer in the world after France's Carrefour Group and number one Wal-Mart, Inc., has union affiliations in all of the nations where it does business except in the U.S.

The UFCW has been conducting a campaign designed to get Tesco executives to meet with the union's leadership in order to discuss the Fresh & Easy Neighborhood Market USA unionization issue.

Thus far Tesco has said it has no plans to meet with representatives from the union, saying its position is the UFCW is free to organize Fresh & Easy store-level workers in accordance with U.S. labor laws, and that it is up to store employees as to if they want to vote in union representation or not. Tesco is not required by U.S. labor laws to meet with the union's leaders.

Tesco mailed out its $5-off coupons, which are good for grocery purchases of $20 or more in the Fresh & Easy stores, to residents of the neighborhood surrounding the Murrieta store at 395530 Murrieta Hot Springs Road prior to yesterday's grand opening.

Many of the shoppers at the store Wednesday morning had these discount coupons in hand as they roamed the store's aisles in search of bargains and grand opening day deals, according to the Fresh & Easy Buzz correspondent who attended the store opening yesterday morning.

According to our correspondent, the general response from the store's opening day shoppers was a positive one. One shopper said she lived just 15 minutes away from the store and welcomed its opening because with the high price of gasoline she has cut back on her driving and plans to do much of her shopping at the Fresh & Easy store now that it is open.

Another opening day shopper told our correspondent that she had the day off and decided to attend the store opening because of the $5-off coupons she received. She was looking for grand opening specials she said and planned to use the coupon to save even more money. Asked if she would shop the store without the deep-discount coupon, she said she wasn't sure of that but that she might, although she said she loves Trader Joe's.

Built from the ground up store

The Murrieta store, like the handful of other built from the ground up Fresh & Easy markets currently open, is a big improvement design-wise over the stores located in former retail buildings. It features large windows in the front of the store, along with skylights that illuminate the inside of the store, creating a much warmer feel than the stores in the remodeled retail buildings do.

According to our correspondent, one of the big hits at the store yesterday seemed to be the fresh and easy brand organic food and grocery items which tend to be priced at least 15% (and sometimes more than that) below the everyday prices of similar items at such natural foods retailers as Whole Foods Market, Inc. and supermarket chains like Safeway. Customers were grabbing up discount-priced organic fresh produce and grocery items at the store yesterday in considerable quantities, our correspondent said.

The 25 or so UFCW union picketers made their presence know outside the store, carrying signs that said: "There's nothing fresh about fresh & easy," which is the theme the union is using on its website http://www.freshandeasyfacts.com/ and in its direct mail flyers, as we've reported in Fresh & Easy Buzz.

The UFCW has had pickets, many who are union members and work for unionized supermarket chains like Safeway's Vons, Kroger's Ralphs and others, at nearly every new store grand opening Tesco's Fresh & Easy has had this year in Southern California, the Las Vegas, Nevada Metropolitan region, and the Phoenix, Arizona Metro area, the three markets in which its small-format neighborhood grocery markets are located.

Chris Lopez, a spokesman for the UFCW pickets outside the Murrieta Fresh & Easy store yesterday morning told our correspondent in explaining why he and the others were picketing the store opening: "Fresh & Easy mostly only hires workers for part-time positions and the company has not been adhering to grocery worker standards set by the union."

Lopez is a UFCW member and works at a Vons supermarket in Southern California.

Tesco's Fresh & Easy employees about 25 people per store. All store-level employees except the store manager and sometimes the assistant manager are part time employees. Part time store workers make a starting salary of $10 an hour. They receive a health insurance plan which Tesco says pays 75% of their expenses if they work a minimum of 20 hours a week.

Although the hourly pay is less than UFCW member supermarket clerks make, and the health insurance benefits not as extensive, Tesco's Fresh & Easy Neighborhood Market hasn't had problems filling store-level jobs thus far, although turnover has been fairly high at some stores.

The region's major supermarket chains like Safeway's Vons, Kroger's Ralphs, SuperValu, Inc.'s Albertsons and Bristol Farms, Stater Bros, Gelsons and most others are unionized and the employees are members of the UFCW. In terms of market share, unionized food and grocery retailers comprise about 70% of the total food and grocery dollar sales market share in Southern California.

Yesterday's opening of the Murrieta Fresh & Easy grocery store is part of a rapid new store opening spurt for Tesco's Fresh & Easy in Southern California, Nevada and Arizona. The grocery chain is opening 30 -to- 35 new stores over a 90-day period, from July 2 to the end of September.

The retailer will open additional new stores from October to December in its three existing markets and plans to start opening its first stores in California's Central Valley and in the San Francisco Bay Area and Sacramento Metropolitan region in 2009.
Posted by Fresh & Easy Buzz at 7:09 PM

I never really liked the UFCW because it seems like they demand too much. But now I really don't like them. Too bad you guys have to deal with that. But don't you worry, the UFCW's disapproval doesn't change my mind about F&E. I still love you guys.

My family recently moved to Murrieta and shopped there for the first time today - LOVE THE STORE - food is fantastic and we found items that were way lower in price then Ralphs, Trader Joe's and even the Saturday Market!!! We will be shopping here regularly!