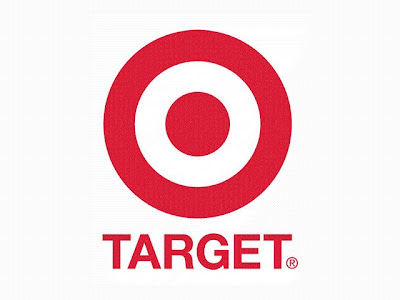 At least you can say Target Corp. CEO Gregg Steinhafel is a man with a plan -- or two.

Steinhafel, the CEO of the extremely popular until the U.S. financial meltdown and recession hit Target Corp., which operates mostly target discount stores but also a number of Super Target Supercenters that feature a complete selection of fresh, perishable and shelf-stable food and grocery products along with general merchandise items, was ready with two key strategies yesterday when he announced the company's nearly 24% drop in its quarterly profits, which was the retailer's fifth consecutive drop in quarterly profits. The good news for Target is that the nearly 25% drop in profits was actually less than analysts had estimated it would be for the quarter.

In a conference call yesterday with analysts and the press, Steinhafel said Target is already in the process of doing two things -- lowering the prices across the board on the food, grocery, non-food and general merchandise products it sell in its Target discount stores and Super Target combination grocery and general merchandise Supercenters and, even more interesting for the retail grocery industry (and consumers), is preparing to launch an "aggressive test" of a substantially expanded food and grocery product offering in all of its U.S. Target discount stores.

Target discount stores currently carry a limited assortment of food and grocery products, both national brands and many under the retailer's Market Pantry (price store brand) and Archer Farms (natural, organic and specialty line) private label lines. The majority of the food and grocery items are shelf-stable, with an emphasis on staples and the snack, beverage and household supplies categories.

The Super Target stores, which for those who aren't familiar with them are sort of an upscale version of a Wal-Mart Supercenter, carry everything a supermarket carries and more.

"We are going to continue to push and test aggressively a multitude of food expansions in remodels and other test stores to make sure that we fairly understand where it works and where it doesn't work," Target Corp. president and chief executive officer Steinhafel said in a conference call discussing third-quarter results yesterday. He added it was too early to assess the results of a small test of the expanded food offering near the company's headquarters near Minneapolis, Minnesota.

To put it simply, Target Corp. is looking to the Wal-Mart model -- lots of consumables at discount prices -- to help it hold off any serious decreases in profit like the near-24% drop-off reported yesterday. Just a year ago this was not something target was considering. But severe financial crisis and economic recessions tend to focus all retailers on price -- and consumables if they are able to offer them or expand a current offering.
Target is the second-largest U.S. discount chain in terms of annual sales. Wal-Mart Stores, Inc. is number one.

Wal-Mart and Target are competitors but prior to the severe economic downturn in the U.S. upper-middle income and higher earning consumers tended to favor Target over Wal-Mart. However, many of those shoppers have been traded off to Wal-mart over the last couple months.

Additionally, unlike Wal-Mart which operates thousands of combination food and general merchandise Wal-Mart Supercenters, Target doesn't operate many Super Target stores nationally, which therefore doesn't allow it the advantage of selling consumables in the same volume Wal-Mart can.

But that's only a part of the picture. The fact is Target has never had much of a success with its Super Target grocery and general merchandise Supercenters. In fact, in the mid-to-late 1990's the retailer seriously considered selling the Super Target stores and getting out of the Supercenter format business completely. But it ultimately decided to keep the format and stores. It did very little with the Super Target format until about five years ago when it began building and opening new stores, including targeting new markets like California with the combination food and general merchandise stores.

Wherever there's a Wal-Mart Supercenter nearby though, the Super Target store almost always comes in second place. Perhaps a new focus on food and grocery products at discount prices in its discount stores will focus Target better on the food and grocery segment, thereby also having a positive effect on the Super target stores.

The new Super target stores opened this year are attractive and well merchandised, including the fresh foods and grocery departments and offerings. The retailer also has remodeled a number of its existing Super Target units, improving them greatly.

Target also has made much improvement in just the last two years on its Market Pantry (conventional and price line) and Archer Farms (natural, organic and specialty) store brands. The retailer has been offering 15% off line item promotions on the Archer Farms store brand items regularly over the last three months. However, in the current economic climate our analysis is sales and profit lies in the Market Pantry price line, offering it at prices below supermarket store brands if possible. Over the last month Target has been featuring an increasing amount of Market Pantry food items in its weekly full-color advertising book.

Food and HBC continue to be fast-growing areas for Target, which should be good news for the retailer's plans to expand the categories in its discount stores. The two sectors combined had sales growth of about 10% in the quarter, said Douglas Scovanner, executive vice president and chief financial officer. The company said the increased consumables mix put pressure on margins, although overall gross margins were still up 52 basis points.

Target's new, expanded focus on food, groceries, HBC and household consumer packaged goods in its discount stores is going to add competition to the current mix already out there for sure. target has discount stores throughout the U.S. Therefore from a location standpoint one can find a store nearly everywhere in the country near a supermarket or two. This will particularly be the case if target can get its pricing a bit lower overall than it currently is in both the discount and Super Target format stores.