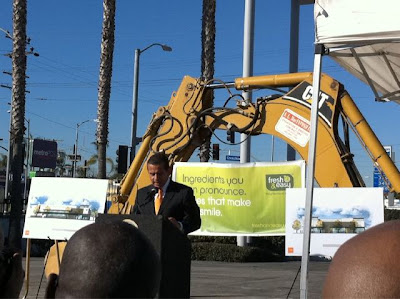 Los Angeles Mayor Antonio Villaraigosa (pictured above) at the podium during today's groundbreaking ceremony at the site of the future Fresh & Easy market in south Los Angeles. Meanwhile, the earth-mover behind the mayor did some "ground- breaking" of its own today during the event.