Competitor News: Kroger Co. Launches Chainwide 'Design Your Own Bag' Contest Promotion; Invites Shoppers to Be 'Part of the Solution' 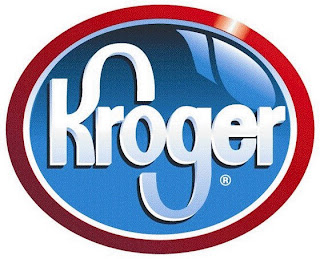 As part of its efforts to reduce the number of single-use plastic grocery bags and paper grocery sacks it uses in its stores, and to encourage shoppers to use reusable shopping bags, the Kroger Co. supermarket chain has launched a creative promotion it calls the "Kroger Design Your Own Shopping Bag Contest," in which the grocer is inviting consumers to design their own unique versions of a reusable shopping bags, using simple design tools it is providing on special pages on its Kroger.com Website.

The consumer-interactive bag design contest began on April 6 and runs until May 15, 2009.

Budding reusable shopping bag designers can go to the special Web site page here,which offers a complete description of the contest along with a link to the design template page. (See here as well.) You have to register here to participate in the bag design contest.

The design tools on the site make creating a bag rather simple. A computer, web browser and a little imagination are all that's required.

After the contest ends on May 15, a special panel of five judges chosen by Kroger Co. will judge all of the reusable bag designs submitted. According to Kroger, the judges will give special consideration to those bags that have received the most votes from folks like you via the Website page.

The grand prize winner of the design-a-reusable-bag contest will receive a $1,000 Kroger gift card, good at any of the various supermarket chains the company operates throughout the U.S.

Kroger will award gift cards worth $250 each to the four top finalists in the contest, and the five runners up with each will get a $100 Kroger gift card.

That makes for a total of 10 winners: one grand prize winner, four finalists and five runners up.

Kroger will post the bags designed by the top ten winners on its Web site. And the grocery chain says it might feature the grand prize winner's reusable bag for sale in its supermarkets. 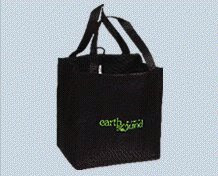 But Kroger is making every person who designs a bag and enters the contest a winner of sorts. Each contestant will receive a free reusable shopping bag for entering his or her design in the contest. (The free bag is pictured at left.)

Budding bag designers must have (or get one before you enter) a Kroger rewards card though to get your free bag. Here's what Kroger says about getting your free bag for entering the contest: "To receive a free reusable shopping bag, submit a design and enter your Shopper's Card number, and we'll load a free bag credit on your card ($0.99 value). This offer is limited to one bag per Shopper's Card holder. Bag credit will expire in 30 days."

[All the information needed to get started on designing your bag is here, as is the free bag information.]

[Here is a Web page listing all of the various supermarket banners Kroger Co. operates throughout the U.S. (Look in the top far upper right hand corner of the page where it says "Visit Our Consumer Sites." Click on it and there's a pull down menu of the various chains.) Here is a page to use to locate the specific Kroger Co.-owned and operated stores in the U.S.]

Kroger's design-you-own-bag promotion is a creative and interactive way to involve shoppers in the retailer's efforts to reduce single-use bag use in its stores and to promote and encourage increased use by shoppers of reusable bags.

When consumers can be involved in a process or effort (the interactive aspect of the promotion-contest) in such a way -- designing their own bag in this particular case -- they tend to invest much more in the effort. After designing your own reusable shopping bag its a good bet you will think much more about the issue than before you engaged in the creative process and contest, for example.

The reusable bag design contest also helps to raise greater awareness of the entire reusable bag use topic and issue in the U.S., particularly because Kroger is the second-largest national food and grocery retailer in the country after number one Wal-Mart Stores, Inc.

Lastly, the contest, and the effort Kroger Co. is putting into it, shows the retailer's corporate commitment to reducing single-use bag use in its stores and encouraging and supporting reusable bag use. (Check out Kroger's "real time" digital-counter here. It provides a running count of how many single-use carrier bags the retailer's supermarkets are saving by encouraging reusable bag use. The single-use bag reduction "real time" counter is part of the company's "Greener World, Simpler Choices" sustainability program.)

If you enter the reusable bag design contest -- best of luck. But even if you don't enter, check out the many creative designs already entered. You can view the bag designs and vote for your favorites here. There currently are nearly 31,000 different consumer-designed bags on the site.

>April 30, 2009: iKristen Buys Her Fresh & Easy Bag(s) -- and It's Almost the Right One: A Tale About the Power of Social Media Sites For Grocer-Consumer Interaction

>April 23, 2009: Strategy Session: The In-Store Reusable Bag-Sharing Program -- A Way For Grocers to Significantly Increase Reusable Bag Use Among Shoppers