From Groceries to Mortgages: Tesco Moving Aggressively Into the Financial Services Sector in the UK Despite (and Partly Because Of) Current Crisis 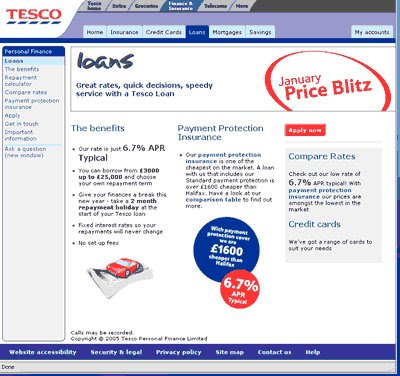 In this piece from today's UK Telegraph newspaper we just published to Fresh & Easy Buzz, the publication reports Tesco PLC, which owns and operates Fresh & Easy Neighborhood Market USA, has broken a UK corporate governance standard involving a conflict of interest by one of its corporate directors (who has resigned from the board) and the company's move into further aspects of that nation's financial service industry as part of its buyout earlier this year of the 50% share of Tesco Personal Finance held by the UK bank Royal Bank of Scotland (RBS). Tesco is now the 100% owner of Tesco Personal Finance, which is a division of Tesco PLC.

Tesco hasn't said it plans to make similar more aggressive moves into financial services in any of the numerous regions and countries it operates internationally, which among them includes other parts of Europe, Asia and the United States.

However, stranger things have happened. And, regarding the U.S., it's not like there aren't going to be numerous more failing banks put up for sale at fire-sale prices in the coming months as part of the festering financial and credit crisis gripping the country.

Perhaps the American taxpayer wouldn't mind an overseas company like Tesco PLC stepping in to acquire a failing U.S. financial services institution or two rather than having to foot the entire bill to the tune of at least 700 billion dollars like the bail out bill proposed, and defeated on Monday by the U.S. House of Representatives, by the Bush Administration and a bi-partisan group of Democrat and Republican Senate and House leaders.

A slightly amended version of that financial services industry bailout bill will be voted on tonight in Washington D.C. by the U.S. Senate, with hope that if it passes its version of the bail out, the House of Representatives will hold another vote before the week is out and pass the bill. See: Washington Post: Senate to Vote on Revised Financial Rescue Legislation.

The UK is currently experiencing its own version of the U.S. credit and financial crisis, along with sharing in the global economic fallout brought on by the serious crisis in the U.S., as is all of Europe and most of the world.

Read about it at the links below:

Below are a few current articles about Tesco's aggressive new moves into the financial services sector in the United Kingdom, where Tesco is headquartered:

UK Scotsman: Tesco looks to cash in on the mortgage crisis

>April 4, 2008: Fresh & Easy Redux II: One of the 'Biggest' (and Most Interesting) Fresh & Easy Stories Not Being Reported (Except By Us it Appears) in the U.S. Media

>April 15, 2008: Billionaire Warren Buffett, the 'Oracle of Omaha,' is About $52 Million Richer Today on the Rise in Tesco PLC Stock Shares

There are two Fresh and Easy stores within 2 miles of my house in Gilbert,AZ. I love them!