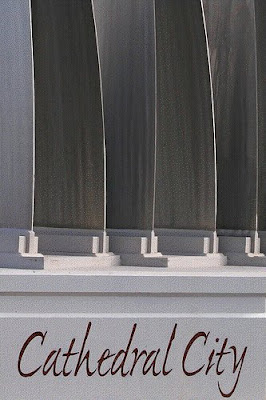 At its meeting last Wednesday night the city council in the Southern California desert region city of Cathedral City unanimously approved an application by Tesco in a 4 -to- 1 vote to locate a new Fresh & Easy Neighborhood Market grocery and fresh foods store on a 1.5 acre site on Date Palm Drive south of 30th Avenue in the city.

The one dissenting councilman, Greg Pettis, voted against approving the Fresh & Easy store for the Date Palm Drive location, sighting as his main reason that the grocery chain pays store-level employees too low of hourly wages relative to its unionized competitors.

Tesco Fresh & Easy Neighborhood Market pays store-level $10 an hour in Southern California ($9 an hour in Nevada and Arizona). Each store is staffed with 10 -to- 25 employees. All store workers are part time except for the store manager. The store team leader (assistant manager) makes a starting hourly wage of $13 an hour. Most team leaders work part-time, although some work full-time.

Part time employees who work 20 or more hours a week receive a health insurance plan which the grocery chain says it pays 75% of, with employees contributing 25%. Fresh & Easy Neighborhood Market says it also offers all store level employees a 401-K plan. However the company does not say how much of an employer match is offers the store employees.

Councilman Pettis said at the Wednesday night meeting: "We all want new business for Cathedral City. But I'm not convinced Fresh & Easy is one of them."

He said Fresh & Easy is a non-union grocery chain and that union chains in the market such as Vons, Safeway, Stater Bros. and others pay considerably higher wages than Tesco Fresh & Easy Neighborhood Market offers its store-level employees.

Pettis also said he voted against the Fresh & Easy because (in his opinion) it doesn't generate any significant sales tax for Cathedral City.

"There's no tax on food," Pettis said at Wednesday night's city council meeting. "Other items, such as paper products or light bulbs are taxed but they account for less than 10 percent of the store's gross sales," he said.

The city council asked city staff to provide an estimate on about how much sales tax revenue the new Fresh & Easy market on Date Palm drive would generate annually for the desert city. Administrative City Services Director Tami Scott estimates the store might bring in about $45,000 -to- $50,000 annually in sales tax revenue.

The other four city council members were in support of the new Fresh & Easy market coming to town however, all voting to approve the grocery chain's permit to locate the store on the 1.5 acre parcel on Date Palm Drive.

City councilman Councilman Chuck Vasquez said he was enthusiastic about the Fresh & Easy store, telling his fellow council members and audience members at the meeting he believes the new store will spur economic development activity in the corridor where the grocery market will be located.

Councilman Pettis, an up-and-comer on the council according to local observers, disagreed. However, his three fellow city lawmakers agreed with councilman Vasquez, resulting in the 4 -to- 1 majority cote in favor of the Fresh & Easy store coming to town at the Date Palm Drive location.

A Fresh & Easy Buzz reader who was at the Wednesday night city council meeting said there wasn't any community objection to the new Fresh & Easy store voiced at the meeting by city residents.

The council didn't hold his lone no vote against him though. They unanimously voted to send Councilman Pettis to be the city council's voting delegate at the annual National League of Cities Annual Business Meeting on Nov. 15 in Orlando, Florida. This is the annual convention for all of America's incorporated cities, where numerous decisions are made regarding political and policy advocacy.

Since the annual convention comes just two weeks after a new U.S. President will have been elected, this year's meeting is considered to be a very important one for municipalities, particularly because of the current economic slump that finds so many U.S. cities unable to balance their budgets, along with many being on the verge of bankruptcy.

Cathedral City is located in the Southern California desert region, near cities such as Indio, Palm Desert and Palm Springs. This part of Southern California is key to Tesco's Fresh & Easy. Not only is its 850,000 square foot distribution center located in the region in Riverside County but its also a market region where the grocery chain already has numerous stores and plans to open many more.

As we often write about, Tesco's strategy with Fresh & Easy is to open a "critical mass" of stores in various market regions in Southern California, Metropolitan Las Vegas, Nevada, and in the Phoenix, Arizona Metro region market.

This strategy calls for having Fresh & Easy markets in nearly every city in these designated market regions (and multiple stores in some cities), locating the stores about 1.5 -to- 2 miles from each others in order to achieve this "critical mass." Think about what Starbucks does with its cafes and Walgreens does with its drug stores in terms of "critical mass" store location strategy, for example.
Posted by Fresh & Easy Buzz at 5:47 PM

$10 hour is pretty low for Southern California. Even Wal-Mart starts off at about $12 hour and it is non-union.

My daughter works at Starbucks part time in the area and is making almost $12 hour plus benefits.

The Vons and Staters clerks are making $20 hour year in the Inland Empire.

Surely the more competition there is means lower prices. Why let Wall-Mart dominate the price scenario. People don't have to work at Fresh and Easy if they don't want.

When is this store going to open? It looks like its finished, and yet, its just sitting there with black plastic over the windows for the past 2+ weeks. What gives?

I noticed the same thing, the store is wrapped in black plastic but appears to be finished. Must be one of the stores involved in Fresh & Easy's postponing of new store openings you wrote about a while ago.

When is Fresh and Easy going to open? it looks like it's ready to go.Have they hired all the employees yet?

We heard from a reader in CC a while back that the Fresh & Easy look completed. That was weeks ago if not over a month.

What we do know is the Tesco is holding back or delaying numerous Fresh & Easy new store openings. Therefore, if the store in CC is finsihed, as it appears to be, perhaps that's what is going on.

If and when we learn something new we will publish it in Fresh & Easy Buzz.