Southern California Market Report: Will the Inland Empire Region City of Highland Get A Fresh & Easy Market Of its Own? 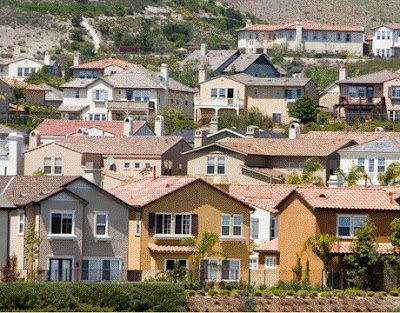 Southern California's vast two-county -- Riverside and San Bernardino -- Inland Empire region has been one of the fastest-growing areas in California and in the U.S. over the last decade.

From the Fresh & Easy Buzz Editor's Desk: Tesco's Fresh & Easy Neighborhood Market has cancelled very few of its store development plans since it started on its rapid grocery store opening blitz in late October, 2007, which has resulted in the grocer having 96 stores opened thus far in Southern California, Nevada's Las Vegas Metro area and in the Phoenix, Arizona Metropolitan region.

One of the few locations Fresh & Easy did change its plans about was its decision to build a store at Greenspot Road and Boulder Avenue in the Southern California city of Highland, in San Bernardino County.

The Highland Fresh & Easy was to be one of the grocery chain's first stores. But nearly a year ago today, it canceled its plans to open the market at the location in the city in Southern California's Inland Empire region, which is one of Fresh & Easy Neighborhood Market's key market area focuses in Southern California. The retailer's 850,000 square foot distribution center is located in the Inland Empire region in next door Riverside County.

Joe Nelson, a staff writer for the local The Sun newspaper in the Inland Empire, explores whether or not Tesco's Fresh & Easy will eventually open a store in Highland, since the grocery chain has opened stores in numerous neighboring cities all around the town, and plans to open additional stores in those cities.

In fact, he suggests in his report in The Sun Fresh & Easy could be on the verge of dipping its food retailing toe back into Highland, possibly locating a store in a different neighborhood in the Inland Empire region city.

They've opened or are in the process of opening in Yucaipa, Loma Linda, Fontana and Rialto. But when it comes to Highland, the Fresh and Easy Neighborhood Market has remained elusive for more than a year.

The grocery canceled its decision to build a store at Greenspot Road and Boulder Avenue about a year ago, and things have remained relatively quiet ever since.

There has, however, been a faint hint that the retailer is now considering building a store on Base Line, east of Palm Avenue, next to the new Bakers restaurant and CVS Pharmacy.

"We talked to them informally. They had a preliminary review, but we have not received a formal application," said John Jaquess, Highland's community development director.

Fresh and Easy spokesman Brendan Wonnacott would neither confirm nor deny the company's plans to build in the area the city has destined for a future town center.

"It's still in the early stages," Wonnacott said. "Right now I can confirm we're looking in Highland, and we hope to serve neighborhoods there in the near future."

In the last year, development projects in the area of Base Line, between Palm Avenue and the 210 Freeway, have repeatedly popped up on City Council, Planning Commission and Design Review Board agendas.

On Oct. 7, the Design Review Board approved a site plan for a new Dairy Queen on the southwest corner of Base Line and Bonita Drive. The 2,080-square-foot restaurant will include a drive-through and 10 parking spaces. The existing one across from City Hall will be closed when the new one opens, Jaquess said.

When CVS Pharmacy got approval to build on the northwest corner of Base Line and Palm Avenue, demolition of the existing Bakers restaurant, which faced Palm Avenue, was part of the package. The restaurant was rebuilt facing Base Line, east of the new CVS. Both recently opened.

The intersection of Base Line and Palm is one of the busiest in the city, making it a prime spot for new development and a town center. City Hall is on Base Line just west of Palm Avenue, and a new sheriff's station will be built on Base Line further to the west, at the corner of Olive Tree Lane.

When Fresh and Easy finally makes its move in Highland is unknown.

Wonnacott would not say why the company decided not to build on Greenspot Road in an area the city has dubbed the Golden Triangle, which will be a shopping, dining and entertainment hub. A Lowe's, Staples, and Del Taco and Subway restaurants are all set to open soon just east of the 210 Freeway.

Fresh and Easy opened its 96th store Thursday in Las Vegas. Last week, one opened on Base Line and Citrus Avenue in Fontana, Wonnacott said.

A store in Loma Linda is getting ready to open, and one opened in Yucaipa last month. Two stores are planned for Rialto, Wonnacott said.

The company also plans to open stores in Calimesa and Beaumont.
Posted by Fresh & Easy Buzz at 1:16 PM