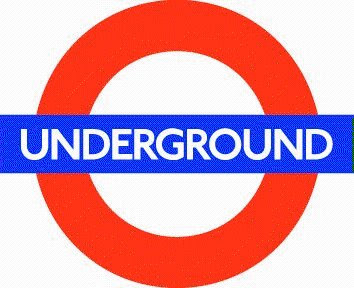 A missive from the British grocery retailing underground

Editor's Note: Is ethnocentrism playing a part in Fresh & Easy's less than stellar sales to date? Even if that's the case and it lends itself to changes being made later rather than sooner, our UK grocery insider, who has worked directly with Tesco's current executive team in the UK as well as with some of its Fresh & Easy Neighborhood Market senior managers in the USA, says it isn't likely the world's third-largest retailer will give up in America any time soon. Read what our British correspondent has to say below:
"I enjoy your (Fresh & Easy Buzz) insights, so by way of a thank you here is a little return insight into the way Tesco does things here in their home market.

It is all about Focus.

Every month at the UK management committee the various departmental heads bring proposals of what the business should be focusing on for the next month. After a full and frank, often very frank, exchange of views one or two proposals are selected by open vote and everyone is forced to focus on the selected proposal. Heaven help anyone who is perceived to be focusing on 'his' proposal as opposed to the selected one - a career-terminating decision. As an aside, Terry is now forced to vote last as when he voted first he noticed that his reports had a tendency to simply agree with him!

Something similar is surely now going on in F&E. The two focus areas being roll-out and supply chain. The other issues you raise like localisation, employee retention, price books and merchandising will all be dealt with later. I think this is the right call, these issues are second tier consequential stuff. Supply chain and store opening have got to be primary and as soon as you start confusing the management effort with confounded requirements things would go South quickly. You can't do on-the-fly localisation whilst trying to solve the two big ones of roll-out and supply chain.

This prioritisation will feel right to the Tesco lifers out in California. The rise of Tesco in the UK has been all about out opening rivals, supply chain management and subsequent continuous incremental improvements to the operating model. Since JS and Tesco were joint market leaders back in the 80s Tesco have out opened them by a factor of ten.

Also the problems you have mentioned are not new to these guys. When Tesco bought T&S stores five years ago they embarked on a crash conversion of about 600 stores to the Express format and guess what; the operational quagmire you have been highlighting happened here in the UK. It never got out beyond insider chat but that conversion process was a nightmare and all sorts of nasty surprises came up. The logistics of convenience stores, staff loyalty, problems with multiple price books, stock shrinkage, store layout and merchandising were all massive pains in the proverbial. Some within the industry seriously discussed whether Tesco would give up and might be amenable to selling there Express chain on to a more experienced convenience retailer. How stupid those discussions look now!

So what of F&E in the future. As many have pointed out Tesco are quality retailers and they won't give up easily (which is not to say that they won't ever give up - they have bailed on a couple of markets in the last decade). But F&E is on the list of issues being worked at a global level. Terry will not let this one die. He sees it as his destiny and it is in his long-term incentive plan because he wants it to be there. I don't know the US grocery market as well as you do, but, if Tesco are getting the store roll out locations right and the supply chain problems are soluble then once Tim and others feel they can move onto the next items then watch out. Tesco are fearsome operators and I know there dander is up for this one. They want to fight and they want to win."

Feel free to use these insights, if that is what they are, but I will have to remain anonymous.

Editor's Note: We are keeping our British correspondent anonymous per request, and for professional reasons, as the correspondent is currently active in the UK grocery industry. However, the correspondent does not currently work for Tesco plc. or any of the retailer's competitors.
###
Fresh & Easy is interviewing PR firms in Southern California 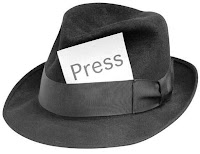 The chosen firm would aid Fresh & Easy's in-house PR and marketing efforts for its retail business in these three states, as well as in future market areas.
The retailer currently operates 59 grocery markets in the three states. It's signed leases for 18 stores in Northern California's San Francisco Bay area region and for 19 stores in the Sacramento Metro area, as we've reported here earlier. Fresh & Easy also plans on opening at least six stores in the Bakersfield Metropolitan area in Central California.
The Northern and Central California stores are set to start opening as early as later this year, but more likely in early 2009. Tesco also plans to build a distribution center in the Northern San Joaquin Valley city of Stockton, which is about 30 miles from Sacramento and about an hour's drive to San Francisco, which will serve the grocer's stores in the region.
Additionally, as we've reported here, Fresh & Easy executives have looked at the Chicago, Illinois Metro region and New York and Florida as three potential future U.S. markets for their Fresh & Easy grocery stores.
###
Stater Bros. CEO Brown says the grocer isn't feeling A 'Fresh & Easy Effect'

Jack Brown, the long time CEO of the Stater Bros supermarket chain, which is based in Southern California's huge Inland Empire region and is the grocery sales market share leader there, said at a recent grocery industry function that the chain isn't feeling any loss of sales or competitive pressure he can discern from the numerous Fresh & Easy Neighborhood Market grocery stores in the region to date.

Stater Bros. operates 155 supermarkets in Southern California. The stores are located in Riverside, San Bernardino, Orange and Los Angeles counties. About 87 of the supermarkets are located in the Inland Empire counties of Riverside and San Bernardino, where Stater Bros has its corporate headquarters.
In fact, the grocery chain recently has a grand opening of its new 1 million-plus square foot corporate headquarters and state of the art distribution center in Riverside County. The DC is the largest stand-alone grocery distribution center currently operating in the U.S. Tesco's Fresh & Easy Neighborhood market has its own recently completed huge 850,000 square foot distribution center not to far down in the road in Riverside County as well.
Tesco has said it plans to open 48 Fresh & Easy stores in the Inland Empire region alone in Southern California, which makes it the retailer's market area with the largest concentration of existing and future Fresh & Easy grocery markets.
We know Jack Brown to be a straight shooter, so we don't doubt him when he says Stater Bros. isn't feeling any competitive pressure to date from the Fresh & Easy grocery markets. Of course that could change since Tesco plans to open dozens more of the small-format grocery stores in Riverside, San Bernardino, Orange and Los Angeles counties this year and next.
However, that isn't stopping Stater Bros. growth plans. With the huge, new DC now open, Brown says the grocery chain will continue to open new supermarkets in its Inland Empire home base, as well as get even more aggressive outside the region with more new stores in Orange and Los Angeles counties.
###
Is the Fresno Metro region next on Fresh & Easy's California agenda?

Two local sources from Fresno, one who is involved in economic development and the other who is a commercial real estate agent, have told us representatives from Tesco's Fresh & Easy Neighborhood Market have been looking around the city and metropolitan region for potential grocery store sites. Both sources are very plugged-in to Fresno retail business development and commercial retail real estate.

Fresno makes good sense for Fresh & Easy in that it is midway between Southern and Northern California, very close to Bakersfield where it will open at least six stores, is a fast-growing city (Fresno has a population of about 400,000, with a metropolitan region of about 1 million people.)
Our sources don't have any further details in terms of potential sites or lease negotiations yet. However, they said they believe its just a matter of time in terms of something tangible taking shape. We'll keep you informed.
Posted by Fresh & Easy Buzz at 7:34 PM