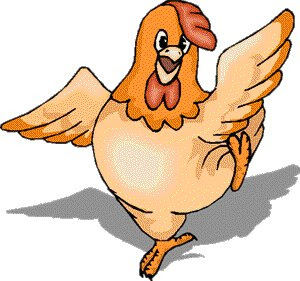 Why did the chicken cross the road? To get into the truck for its 1,000-mile round trip of course.
Retail giant Tesco, parent company of Fresh & Easy Neighborhood Market in the USA and the UK's largest supermarket chain, is coming under fire from environmentalists and shoppers today in the United Kingdom (UK) for labeling chickens sold in it's stores as "local" despite the fact the birds' actually have taken a 1,000-mile round trip to be slaughtered, packaged and then transported to the grocer's stores in Scotland.
The thrust of the matter regarding the "local" labeled but well-traveled birds is that the grocery retailer is currently selling chickens in its Scotland stores that have been raised at a chicken farm in North-East Scotland, then sent 499 miles to Essex to be processed, before then being shipped back to the Scotland stores to be sold. Perhaps Tesco should change the label to "locally raised for now?
But, that seems to be the crux of the problem. According to the UK industry trade publication Meat Trades Journal, the chickens killed at the Grampian Country Foods slaughterhouse in Perthshire, Scotland (local so far) are being shipped (at least until today perhaps) to Witham in South-East Essex (499 miles away) for packaging because the regular packaging plant in Banff, Abberdeenshire (which is close to Perthshire) shut down last year. So much for outsourcing locally and then not finding another local packaging plant right away.
UK environmental groups such as Sustain, the alliance for better food and farming, are accusing Tesco of a lack of full-disclosure by still labeling the birds as "local." The green groups also are saying the chickens' 1,000-mile round trip--from near the Scotland stores to 499 miles away and back again--is creating unneeded extra food miles and adding to the country's already growing carbon emissions. Sounds logical to us.
Another UK environmental group, Friends of the Earth, also issued a statement today about the non-local, "local chickens." Vicki Hird (rhymes with bird), a Friends of the Earth spokesperson, said: "Consumers thinking they are buying 'greener,' local and Scottish are actually buying pretty travel-sick chicken." Chickens travel far more than 1,000 miles to get to market and are still tasty. However, we get the thrust of Ms. Hird's point.
Tesco, the world's third-largest retailer, defended its travel itinerary plan for the birds in a statement saying basically it didn't have any option because the local packaging plant closed and they needed to get the chickens packaged for sale at the stores. A Tesco spokesperson didn't comment on how many chickens are being sent on the 1,000-mile roundtrip journey. However, the retailer said it hopes to have the situation solved very soon
The local Grampian Country Foods' packaging plant closed last year (about six months ago), according to Max Tooley, Tesco's technical meat manager for poultry. Tooley added that although the situation has been going on for about six months (then why still label the birds as local we wonder?) it should "hopefully be solved in about two weeks," with the pending approval of a new packaging plant at a new site nearby where the chickens are slaughtered. We're glad it will be solved in two weeks. But that could be a long two weeks if Tesco doesn't take the local label off the chickens' packaging or the shelf.
Tesco shoppers weren't very happy today upon hearing the news that the "local" birds aren't really all that local because of their travels. Consumers buy "local" foods not just because they are raised locally, but also because they are processed and packaged locally as well. In other words, one of the keys to "locally grown" is that the products don't have to travel excessive food miles to get to the stores where shoppers buy them. Local equals a lower carbon footprint.
The locavore (local foods) movement defines a locally-produced food product as one that generally comes from no more than 100 miles from where it is sold at retail and purchased at the grocery store, or elsewhere, by a consumer. This local definition includes the food product being grown, processed, packaged and distributed within that 100-mile distance. Obviously, in the case of the 1,000 mile chickens, they don't quality under that definition.
Meanwhile, the revelation about the well-traveled "local" chickens is a serious hit for Tesco. It's CEO, Sir Terry Leahy, has been arguably the most outspoken of all UK retailers on the need for the supermarket industry to reduce its carbon footprint. In fact, under a plan of Leahy's, Tesco plans to eventually label all of the food and grocery products it sells in its stores with a "carbon footprint" label. The label, similar to nutritional labels on packaged foods, will inform the consumer where the product was produced, processed and warehoused, and how many food miles it traveled to get to the Tesco store.
Tesco in the UK also has been a major proponent among UK food retailers of buying and selling locally-grown foods in its stores, including beef, pork, poultry and other food and grocery products. Local foods is a major issue among UK consumers, not only as part of the nation's p[opular and fast-growing green movement, but also as a way of preserving it's shrinking farming industry.
To the latter point, the Tesco chickens are raised locally. However, to the former point, the 1,000- mile journey--to the packaging plant and back again--violates the green aspects of the "buy local" movement.
It seems that even without their wings, these particular Scottish Tesco chickens are still well-traveled birds.
Posted by Fresh & Easy Buzz at 3:29 PM