Critical Mass Retail Strategy: The Only Remaining Town in the United Kingdom Without A Tesco Store Likely to Get One Soon 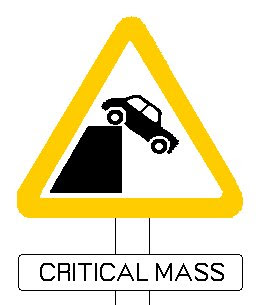 As our readers know, we often talk about what we call the retail "critical mass" strategy Tesco is employing in Southern California (Northern California soon as well), the Phoenix, Arizona Metropolitan area and the Las Vegas, Nevada Metro region, with its small-format Fresh & Easy Neighborhood Market grocery stores.

Briefly, the "critical mass" strategy essentially means opening numerous stores fairly close together in given geographical areas or neighborhoods. For example, fast food retailer McDonalds, coffee chain Starbucks, and drug retailer Walgreens are three examples of retailers who employ this "critical mass" strategy nationally in the U.S.
For Fresh & Easy, the theory behind this "critical mass" strategy is to position the grocery chain as the "neighborhood grocer of choice" to residents in regions like those mentioned in our opening paragraph. It's all about convenience, yet offering a limited-assortment of everyday grocery items, along with fresh foods and specialty products, in the Fresh & Easy grocery stores. The goal: Be a neighborhood residents primary food and grocery shopping venue.
Least dear readers you think we have no empirical evidence to back up our "critical mass" description for Tesco's Fresh & Easy retail strategy, in addition to the fact you need only to look at the high concentration of grocery markets the chain has already opened so close together in Southern California, Metro Phoenix and the Las Vegas, Nevada Metropolitan area, we also would like to share a fact with you about Tesco in its home country, the United Kingdom.
That fact is, there's only one city or town in the United Kingdom that Tesco doesn't have either one of its hypermarkets, supermarkets, small-format Express grocery stores or other format Tesco retail store in. That's right, there's just one town in the entire UK without a Tesco store.
The last remaining area in the UK without a Tesco store in the UK is Harrogate, which is located about midway between London and Edinburgh, Scotland.
But not for long. Tesco is currently is in the process of re-drawing plans for a huge, new supermarket in Harrogate. The retailer is re-drawing the plans because the world's third-largest retail chain already had plans drawn-up for a 107,000 square foot grocery and general merchandise store in the relatively small town. However, some thought it too big for the site, so the British retail chain is revising the store's plans and blueprints, according to a story in tomorrow's (Sunday, March 29) edition of the Yorkshire Evening Post.
Up until last week, there were a number of other areas, all in the remote Scottish Isles, where Tesco also didn't have retail stores. However, with last weeks' purchase of six supermarkets from the UK's Somerfield supermarket chain, Tesco now has a presence in the Northern and Western Isles, where the six stores are located, and where it previously has been without stores.
The Somerfield chain, which is the sixth-largest food retailer in the UK, according to researcher TNS Worldpanel, has put the supermarket company up for sale at auction. It's also selling off some of its stores on a piecemeal basis. Somerfield operates about 900 supermarkets and convenience stores in the UK. Thus far, the UK's Co-op grocery chain is the only bidder for the entire Somerfield company.
The six store acquisition, which Tesco paid about ~100 million British Pounds for, was a strategic purchase on the part of the UK's leading retailer because it gave it stores in the Northern and Western Scottish Isles towns where it previously had no presence. Further, by acquiring the Somerfield stores there, Tesco didn't have to go through application and permit processes like they would if they built new stores in the regions.
Therefore, the last remaining town in the UK without a Tesco store is Harrogate.
There's organized, aggressive opposition to Tesco opening any more new stores at all in the UK. Organized community and national groups, in a manner similar to what Wal-Mart currently is experiencing in the U.S. with its Supercenters, have successfully stopped a number of Tesco stores from being build in their towns.
There's even a town, Iverness, which is called "Tesco Town" because the world's third-largest and the UK's number one retailer has three stores in what is a relatively small community. Tesco recently wanted to build and open a fourth store in Iverness. However, an organized petition drive, which obtained 1,000 signatures against the retailers application for the fourth store, convinced the town council to deny Tesco's application and reject there permit to build that store in the community.
Granted the UK is much smaller geographically and in population than the U.S. However, it's not all that much smaller geographically than the Western U.S. is. Further, it's about on-par population-wise with California, Arizona and Nevada combined.
As you can see, "critical mass" is the name of the game for Tesco in the UK. It's also been the retailer's strategy in other parts of Europe. With 59 Fresh & Easy small-format grocery stores open in just the last five months in Southern California, Arizona and Nevada, with as many as 200 more to come this year and next, we expect lots more "critical mass" to come in the U.S., as well as in elsewhere in the world for Tesco.
Posted by Fresh & Easy Buzz at 7:20 PM