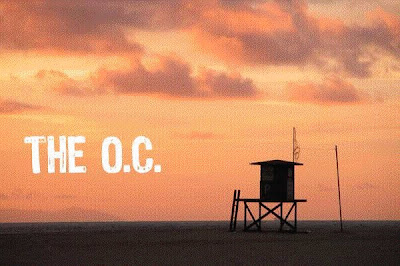 Southern California's Orange County (know as the O.C. to those with teenagers who fell in love with the TV program of that name, or watch the MTV reality programs set in places like Laguna Beach) has become one of the most competitive grocery retailing markets in the Western United States over the past five or so years.
This coastal region of Southern California, named for the fact it once contained more acres of Orange groves than it did houses or shopping centers, is in many ways a food retailer's dream. The vast majority of Orange County's population is middle -to- upper-middle class, and there is a substantial affluent class as well. There's also a strong demand on the part of many of the region's consumers for high-quality foods--and they aren't afraid to pay extra for them.
In terms of grocery retailing in Orange County, Southern California-region market share leaders Vons (owned by Safeway Stores, Inc.) and Ralphs (owned by Kroger Co.) are the total grocery sales market share leaders in the region. However,the big guys have numerous other grocers which offer upscale stores, extensive specialty, ethnic, natural and organic groceries, as well as extensive offerings of fresh, prepared foods, nipping at their market share. 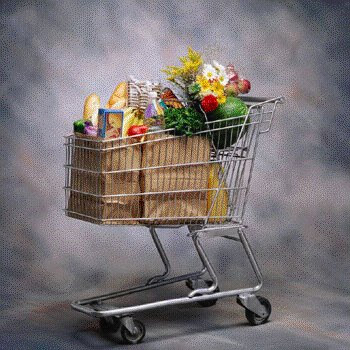 Among those upscale grocers are Bristol Farms, which is a homegrown gourmet grocery retailer now owned by SuperValu, Inc. Gelson's is another popular upscale grocer with stores in the region. Gelson's offers lots of specialty and gourmet foods in its stores--as does Bristol Farms--in addition to an extensive selection of in-store-prepared foods, and lots of natural and organic products. Gelson's is a publicly-owned grocer (trades under the Arden Group name) but is firmly a locally-based food retailer.

Other serious players in Orange Country include supernatural and lifestyle food retailer Whole Foods Market, Inc. Orange County is a major focus for Whole Foods' and its "new generation" food emporiums averaging 55,000 square feet -to- 70,000-plus square feet. These stores offer such a massive and varied selection of in-store-prepared foods offerings and sit-down restaurants that the Texas-based grocer recently coined the term "groceraunt" to describe these new generation food stores.

Small-format specialty grocer Trader Joe's also is hugely popular in Orange County. There are even TJ's groupies in the region. If these TJ's fans' particular city doesn't happen to have a Trader Joe's, they will drive to the nearest city in Orange County that has one on a regular basis.

Trader Joe's has its U.S. headquarters in Southern California where the specialty chain was founded. However, it's owned owned by Germany's Albrech family, which also owns the Aldi small-format discount supermarket chain. There are almost 900 Aldi stores in the Midwest and Eastern U.S. Aldi has stores throughout Europe and in other countries in the world as well.

Another up-and-comer in Orange County is Sprouts Farmers Market, a small but growing chain of small-format natural foods stores based in Arizona. [Read more about Sprouts here.] Orange County is a key target region for Sprouts, which is owned by the Boney family who founded two small natural foods chains--Boney's Marketplace and Henry's--in Southern California, and operated the chain's for years before selling them to Wild Oats Markets, Inc.

Orange County also is about to get a branch of that famed New York gourmet grocer Dean & Deluca. The gourmet grocer is building what will be its largest specialty foods emporium in Orange County. The store is about 22,000 square feet. Not only will it be filled with the most upscale of upscale fresh foods and groceries, it also will sell an extensive variety of high-end kitchen accessories and equipment.

The store also will include one of the gourmet retailer's famed "Dean & Deluca Cafes," which offers gourmet coffee's, baked goods, white table-cloth restaurant-quality meals and snacks. The Orange County store is scheduled to open in Fall of 2009.

Safeway's Vons' also has branches of its own upscale specialty supermarket format called Pavillions in Orange County. Von's created the upscale retailing format in the 1980's, when the chain was still a locally-based retailer under private ownership. After Safeway acquired Von's, they continued to expand the Pavillions' stores throughout Southern California. In fact, with its Lifestyle format development, Safeway is even making the Pavillions' stores more upscale and specialty-oriented, while still offering full-selections of basic grocery items in the stores.

Kroger-owned Ralph's also is entering the upscale, specialty grocery retailing niche in Southern California--and in Orange County. The retailer created its own upscale format called Ralph's Fresh Fair. The stores are big--50,000 square feet -to- 70,000 square feet--and like the name implies offer extensive selections of fresh foods (including prepared) along with lots of specialty and organic items, as well as a full selection of everyday grocery items.

Unlike Whole Foods, Bristol Farms, Dean & Deluca, Sprouts Farmers Market and Gelson's however, Tesco's Fresh & Easy doesn't make its prepared foods in-store. Rather, the grocer makes and packages the prepared foods items at a central kitchen at its Riverside County distribution center in Southern California, and then delivers the items, along with other fresh foods, daily to its stores using a direct-store-delivery (DSD) system.

Nancy Luna, a business reporter who covers retail food stores and restaurants for the Orange County Register newspaper, has been following Tesco's Fresh & Easy grocery store developments and openings in the county since the first stores opened late last year.

Ms. Luna has a piece in February 28th edition of the Register in which she writes about Tesco's Fresh & Easy and its "rocky start." You can read her piece from the paper's business section here.

The reporter also writes a blog for the paper called the "Fast Food Maven." She named her blog that because as a working mother she says she likes to find high-quality, quick meals for her family. Luna has a piece in her blog called "Fresh & Easy: The first 100 days." It's a companion piece to the business section story, but allows her to expand on the business section story blogger style. Read her piece here.

As you can see by our overview, grocery retailing--just like surfing or parasailing at Laguna beach--isn't for the timid in the O.C.
Posted by Fresh & Easy Buzz at 11:17 AM