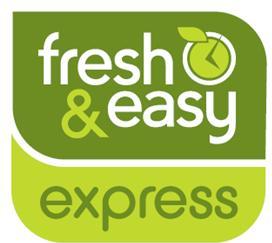 ﻿
First in a series on 'Fresh & Easy Express'

We also correctly reported in the January story that Fresh & Easy Neighborhood Market was looking for locations for the stores, and was planning on opening one, and possibly more than one, of the units this year

Not long before Tesco's Fresh & Easy announced the 'Express' store initiative this summer, we reported and published a follow up piece to our January 23 story, in which we identified what Fresh & Easy's executive management team thought at the time would be the first Fresh & Easy Express store it would open this year. That store being in the San Pedro area of Los Angeles, California.

Since we published our story, Tesco's Fresh & Easy has had problems and delays in obtaining certain approvals from government officials for the San Pedro-Los Angeles 'Express' unit, which has set back the store's completion (remodeling of a vacant building) and opening date timeline. Among the problems has been an objection by a group of neighborhood residents to the grocer's application to sell alcoholic beverages at the location.

There are currently seven planned Fresh & Easy Express mini-markets, all in Southern California, set for openings beginning tomorrow through February-March 2012.

The locations of the seven stores are: Los Angeles - one unit near the University of South California campus, the San Pedro unit and the very-soon-to-be opened store at La Cienega Boulevard and 18th Street. Los Angeles County - one store each in Burbank and Hermosa Beach. Orange County - one mini-market in Seal Beach and a second unit in Laguna Niguel.

We reported in this August 1, 2011 story - Six Fresh & Easy Neighborhood Market Stores in Southern California Being Readied For Openings - that Tesco's Fresh & Easy was preparing for an October or November opening for the store at La Cienega and 18th in Los Angeles.

The Los Angeles Fresh & Easy Express store opening on Wednesday, November 2 has about 3,000 square-feet of selling space inside an interior space of about 4,000 square-feet, which is the size we reported in January the 'Express' format stores would be.

Tesco has billed Fresh & Easy Express as a test.

However, Tesco CEO Philip Clarke and Fresh & Easy Neighborhood Market CEO Tim Mason, who is also Tesco's deputy CEO and chief marketing officer reporting to Clarke, have their respective fingers crossed that the 'Express' format stores - which take their inspiration from the existing Fresh & Easy grocery stores and the retailer's Tesco Express convenience stores in the United Kingdom - will not only do well but become a hit because they would like to have the micro-format option, which offers certain economies of scale on the expense side of the balance sheet, available to them as they work to grow Fresh & Easy's store-count from the current 183 units to 300 stores, a number they want to achieve by February 2013, but which based on an historical analysis model we've developed vis-a-vis Fresh & Easy we see them falling short of doing.

For all real and practical purposes, Tesco has until the day after Christmas 2012 to achieve break-even with Fresh & Easy. That's 13 months from today. The month of January 2013 and three weeks in February aren't going to be relevant in the bigger picture, terms of achieving break-even.

However, there's no guarantee the 21%-reduction in loss for the half-year ended August 27, 2011 is a trend.

We will be writing more about Fresh & Easy Express later this week and into next week. So for now we aren't going to get into extensive analysis on the format and its potential.

However, we don't believe the micro-format 'Express' stores or the format itself is even close to being a killer food and grocery retailing application for Tesco and its El Segundo, California-based Fresh & Easy Neighborhood Market chain.

We also believe that if the stores do on an operational basis what Fresh & Easy's CEO,Tim Mason, and the corporate spokesperson have said they will - which is, on the labor side, to employ the same number of workers (25-30) in the 3,000 square-foot stores as they do in the 10,000 square-foot stores, working the same number of average hours - and on the merchandising side, edit the selection and reduce the SKU-count considerably (Fresh & Easy stores offer 5,000-5,500 SKUs, which isn't many) - offering about 2,500-2,800 SKUs, like a good source told us earlier this year the 'Express' stores will do, that the economics of the micro-small-box stores will be  skewed in a failure direction  from the outset, regardless of such key operational variables like store location, pricing and promotion.

A store has to have considerably more turnover if it offers say 2,500 SKUs, compared to 5,000, for example.

The standard-version Fresh & Easy grocery markets suffer from too small average market sizes. Obtaining adequate market basket sizes is even more difficult to achieve in 3,000 square-feet than it is to do in 10,000 square-feet.

We've worked on small-box stores in the Western U.S. and extensively researched small-box food and grocery retailing economics (as it pertains to the industry in the U.S.) here at Fresh & Easy Buzz. Bottom line: It's a challenge for a chain to make money with 3,000 square-foot grocery stores.

Traditional convenience stores, which average far less than 3,000 square-feet in size in the U.S., can make money because they operate on much higher gross margins (selling products for considerably higher retail prices), which shoppers in the main accept as a trade off for what they perceive as "convenience," than grocery stores and supermarkets do.

The C-stores also have far lower operational expenses than grocery stores do, including in the area of employee labor.

But Tesco can't adopt the higher margin/higher-retail price model traditional C-stores use because Fresh & Easy Express is a smaller, edited version of its Fresh & Easy grocery stores. The name is on the store - Fresh & Easy Express - and the private brand products sold inside are the same as those in the 10,000 square-foot markets.

Therefore, were Tesco to try to offer significantly higher prices at the 'Express' stores, it wouldn't fly because consumers will compare the Fresh & Easy Express stores to the standard-version Fresh & Easy stores rather than to a traditional C-store, like 7 Eleven or Circle K, for example. The result: Damage to the Fresh & Easy brand.

We think it's a good idea for Tesco to experiment with the Fresh & Easy Express format though. But we would offer many more SKUs - we could easily get all 5,000-5,500 of the SKUs that are in the Fresh & Easy grocery markets in the 3,000 'Express' stores, for example, and it would look good, were we designing and merchandising the interior of the 'Express' format from scratch.

We'll be writing more about the Fresh & Easy Express format and stores in the coming days. Stay tuned.
Posted by Fresh & Easy Buzz at 5:20 PM

Tesco's UK Express stores typically operate on fewer than 20 staff (more like 15) and these stores have 50% proper manned checkouts, unlike F&E wich is 100% assisted. So there should be less staff

They also tend to charge a 2-5% more than a regular Tesco store and tend to stock lines which generate better margins. The lower priced 'Value' branded goods Tesco sell in their main stores are not stocked in Tesco Express stores

A typical Tesco Express of 3000 sq ft is also a lot more efficient in how it uses its back areas even compared to the most modern superstore, stripping back staff facilites to their most basic etc.

Tesco run over a 1000 of such stores in the UK and have started opening them in both China and eastern Europe. In the UK these Express stores are probably too successful, running the typical overpriced/understocked small stores out of town when they open.

Obviously what woorks one side of the Atlantic doesn't work the other, just ask Marks & Spencer, Best Buy....

And in terms of your closing sentence: "Hope that little bit helps :), our attitude when it comes to reader contributions is ... "Every little helps." but I'm sure you've heard that line elsewhere before. It's not original to Fresh & Easy Buzz:)

We appreciate your overview.

We're very familiar with Tesco Express in the UK.

One very significant difference all who care should keep in mind is that Tesco, as you know, is the market share leader in the UK. It has larger-format food/grocery stores everywhere.

Therefore, the small Tesco Express units serve as a fill-in shopping venue in Tesco's UK strategy. And because they are the market share leader by a huge percentage, and have so many stores in the country, the "fill-in" usually means shoppers filling in at the Tesco Express stores when not shopping a bigger Tesco supermarket. In the majority and not all of cases of course. This means Tesco gets sales regardless of which format the sales come from.

Since Tesco is the market share leader by a huge margin (30%) over Asda and Sainsburys (a little over 30% combined) it is a good strategy in the UK. The more dominant a grocer is in a region, the more a fill-in, small-format strategy can work. In fact, it is essential.

The situation is completely reversed in California though. Tesco has no other units besides small-format Fresh & Easy stores in the region. It's also not anywhere close to being near the top in market share. Ralphs, Vons, Albertsons, Stater Bros., Trader Joe's, Walmart, Whole Foods, Sprouts Farmers Market and a few others are all in front of F&E.

As such, the fill-in strategy Tesco has with Tesco Express in the UK isn't applicable in the U.S. Rather, the Fresh & Easy Express stores are most likely to be fill-in shopping venues for Safeway's Vons, Ralphs, Albertsons, ect.

This doesn't mean the Fresh & Easy Express units can't succeed. It just means that if Tesco thinks Tesco Express is a good model for F&E Express, and it does regardless of what they might say to the contrary, then it doesn't fully understand yet the key differences between California as a grocery market and the UK.

But as we said in the piece, we think it's a good idea for Tesco to test the F&E Express stores, although we would add many more SKUs, have a mix of full and self-service checkout and do a number of other things differently.

Also, as we noted in the story, and as you commented about Tesco Express in the UK, we bet Fresh & Easy reduces the number of employees in the Express stores, like we suggest they need to do. We would start with fewer, as it is always easier and smarter to add workers (and can always borrow them from other stores at first to beef up) than it is to eliminate hours and employees.

And you are right about Tesco Express having full-service tills. According to our information, there are only two, maybe three tops, Tesco Express units in the UK that have self-service-only checkout.

Question: Have you visited any of Morrisons new small-format convenience-style food and grocry stores in the UK? If so, what is your evaluation?

I agree Fresh & Easy has a chance with the Express stores but also agree it will require some changes. Giant Eagle has a similar format and has found the economics aren't so good, which is why they aren't opening additional stores. Location will be king for Fresh & Easy with the format. Probably very selective urban sites.

Tesco Express does have full-service checkout accept in one or two stores. Fresh & Easy will probably go to the option of both self and full service in the Express markets too.