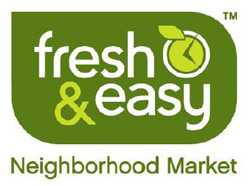 In addition to his position as chief marketing officer, Uwins was one of Fresh & Easy Neighborhood Market's senior corporate officers. He reported directly to CEO Mason.

The Town Hall meetings, which include the full office staff and are broadcast to employees at the Riverside distribution campus, are held weekly at 1 p.m at Fresh & Easy's corporate office in El Segundo, California

Simon Uwins, 52, was part of the original team of senior executives who came with Mason to set up and launch Fresh & Easy Neighborhood Market in 2006. Prior to that he worked at Tesco's global headquarters in Cheshunt, United Kingdom, where he was a marketing executive.

As part of Uwins' departure as chief marketing officer at Fresh & Easy, Clarke and Mason have reshuffled the organization chart, making a number of changes.

John Burry, Fresh & Easy's chief commercial officer (head of buying and merchandising), is assuming overall responsibility for both the commercial and marketing functions at the Tesco-owned fresh food and grocery chain.

Like Uwins, Burry is one of the original members of Fresh & Easy's senior management team. He is also a senior corporate officer of Fresh & Easy Neighborhood Market.

The commercial department has two directors - grocery and fresh foods - who report directly to Burry. Below them are category managers, who are direct-reports to the directors. The category managers have buyers and assistant buyers directly reporting to them.

One of the two directors (the other is Larry Biggerstaff), Tim Lee, the trading director for fresh foods (produce, meat, deli/fresh-prepared foods) is vacating that position and will be working with John Burry to transition the marketing function at Fresh & Easy into the commercial department, according to our sources.

Lee won't be replacing Uwins as chief marketing officer but rather assuming many of his day-to-day marketing management duties. He will continue to report to Burry.

Tim Lee came to Fresh & Easy from Tesco in the UK in early-2010, replacing Jim Jensen, who left to take a position heading up drug chain Walgreens' new at the time fresh foods program. Lee's focus at Tesco in the UK was as a produce category manager and director.

According to our sources, Lee has 9-10 months left on his original assignment contract at Fresh & Easy. He will be using that time in the new position, which straddles commercial and marketing, our sources tell us.

Ian Fletcher, who runs Fresh & Easy's fresh-prepared foods kitchen operation, is replacing Lee as director of fresh foods, according to our sources.

Fletcher, who originally worked in the UK, has been with Fresh & Easy for a number of years. His wife, Karen Fletcher, was the beer, wine and spirits category manager at Fresh & Easy Neighborhood Market from 2007 until this summer, when she resigned. She too previously worked for Tesco in the UK. The Fletcher's were married not long after coming to Fresh & Easy at the start up stage. John Burry was the best man at the their wedding in Hawaii.

Rounding out the reshuffling, Mark Lodge will take over management of Fresh & Easy's corporate kitchen operation when Ian Fletcher moves into the director of fresh foods position, replacing Tim Lee, according to our sources.

Lodge is currently an employee of the kitchen operation, which is Fresh & Easy's central commissary at the Riverside County, California campus facility, where the ready-to-eat and ready-to-eat fresh-prepared foods sold in its 184 stores in California, Nevada and Arizona are prepared and packaged.

From a balance sheet perspective, the reshuffling will save Fresh & Easy one senior-level executive salary and benefits package, which is that of the departed Simon Uwins. Some of that savings will be taken up by probable pay raises going to Ian Fletcher and Mark Lodge in their respective new positions. Tim Lee is likely a wash, and it's unlikely Burry will be getting a raise as part of assuming the overall responsibility for marketing, in addition to keeping his commercial department duties.

Tesco's Fresh & Easy has lost a number of key middle management-level employees at its El Segundo, California headquarters over the last 60 days, according to our sources.

The employees include: a key director/manager in the grocery chain's logistics and supply chain department; a category manager/buyer who was playing a major role in heading up Fresh & Easy's new in-store bakery program, which is still in its infant stages; and a veteran-senior level  member of its information technology (IT) department.

All three of these employees left to take new jobs in the food and grocery industry, according to our sources.

Simon Uwins currently plans to remain in the U.S. rather than returning to the UK, according to our sources.

Tesco currently has no immediate plans to name a new chief marketing officer for Fresh & Easy either, our sources tell us, instead combining the marketing function and department with commercial under the direction of John Burry, as reported and detailed above.

Additionally, since Fresh & Easy's CEO, Tim Mason, is also Tesco's chief marketing officer and is based at the grocery chain's headquarters in Southern California, he will likely play a strong hand in the U.S. operation's marketing, since in the position, which he was named to in March of this year when Clarke became CEO of Tesco, he has the ultimate responsibility for all of Tesco's corporate marketing.

Therefore the new structure - no chief marketing officer at Fresh & Easy - has, at least theoretically, the effect of flattening the organizational chart at the senior level when it comes to the marketing function at Fresh & Easy Neighborhood Market and the headquarters office in El Segundo, California, where Mason is based.
Posted by Fresh & Easy Buzz at 6:44 PM

Looks like the press is reading the Buzz. No mention you broke the story Thursday though. Good scoop.

Yes, this happens quite a lot for this blog - the last time it was the launch of the Friends card - quite a few "journalists" lifted the whole story and gave no credit.

Matty and the other guy are right. Rather blatant, this story on Nov. 11http://supermarketnews.com/Executive_Changes/uwins_freshneasy_1111/?cid=upd not only used a headline similar to yours, it even used the word "reshuffling" in the opening paragraph of the story like you used in yours from the day before. It's sure not a word I see used all that often in these cases.

Keep up the good work!