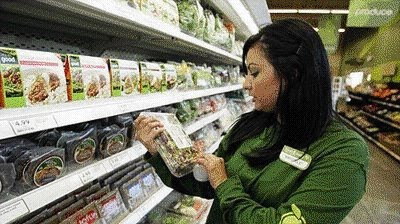 The refrigerated, packaged fresh foods in the meat-seafood and dairy-deli-prepared foods cases at Tesco's 159 Fresh & Easy Neighborhood Market stores in California, Nevada and Arizona are about to get a lot more vibrant and brighter, and as a result, the refrigerated display cases will also become more energy efficient than they currently are.

The project, which is set to start soon, is being done by a partnership between the retail-focused LED lighting company Nualight, which is headquartered in Ireland, and retail refrigerated fixture company Kysor/Warren. The companies have done similar work in partnership together for Tesco at it stores in the United Kingdom. The new Fresh & Easy project is an extension of that joint work for Tesco.

"Nualight is obviously delighted with this Fresh & Easy decision, and it is a great endorsement of our strategic partnership with Kysor/Warren," says the Irish company's vice president, Bruce Schneider, who heads its U.S. operations in the. "Our success retrofitting the Group's Tesco stores internationally led to this opportunity, and this newest assignment provides a valuable springboard for our expansion into the US market."

LED lighting improves the vibrancy and overall look of food and grocery products displayed in refrigerated cases, compared to fluorescent lights, which have traditionally been used in the supermarket industry. That's changing though, as other U.S. grocers, for example Whole Foods Market, are making the switch from the fluorescent tubes to LED lighting.

LED lighting also offers grocers significant energy savings. Estimates are that using LED's in refrigerated cases can save from 40%-60% of energy usage, both from lighting and refrigeration energy, compared to fluorescent lights.

Since food and grocery stores use more energy than all other types of retail formats, such energy savings is significant from a cost saving perspective for grocers. It's estimated lighting and refrigeration account for 65%-78% percent of all energy usage in supermarkets, for example.

Reducing energy useage through LED lighting, along with in a myriad of other ways, also is part of the new "green" food retailing ethos food and grocery retailers have adopted in just the last few years. Being a "green grocer" means much more than selling fresh produce today.

Tesco as a 'green' grocer

United Kingdom-based Tesco is one of the leaders in energy conservation and "green" initiatives among grocers in Europe and globally. For example, it's the first, and still the only, food and grocery retailer to have introduced "product carbon footprint" shelf labels for many of the products sold in its stores in the UK. The labels aren't currently used at Fresh & Easy USA.

Fresh & Easy, like its parent Tesco, has put a fairly major focus on being "green." The LED lighting project is a major step in furthering that focus, in our analysis and opinion. It's also not an inexpensive project - but offers major medium-to-long-run cost savings - the 40%-60% cost reduction over fluorescent lighting in the refirgerated cases mentioned earlier in the piece.

The "greening" of American grocery stores

Expect to see many more U.S. food and grocery retailers switch from fluorescent lighting to LED lighting. In fact, nearly all major chains are now using LED's throughout their stores in new store construction.

One reason many in the U.S. are calling for some sort of cap or tax on carbon emissions is they believe such a new law will spur retailers and other businesses to make major energy saving and carbon reducing investments, like those being already made by many in the U.S. supermarket industry. Senator John Kerry, a Democrat, and Independent Senator Joe Lieberman today introduced a new bill, the American Power Act, in the U.S. Senate. Among other things, the bill sets a price on carbon emissions produced by coal-fired power plants and other large polluters. The bill is supported by just one Republican so far, North Carolina Senator Lindsay Graham.

Many Western European countries, including the UK, have carbon tax or cap schemes already in place. As a result, the food and grocery retailing industries in Britain, France and Germany have overall been faster to adopt "green" technologies, as well as stricter conservation methods, than the U.S. industry has as a whole, although selected U.S. food retailers are making strong efforts, and more are joining in each month, and without a carbon cap or tax law in place.

What's driving the U.S. food and grocery retailing industry towards "greener" pastures is the realization that with rising energy costs, conservation and the use of alternative energy sources, makes good economic sense. There's also a growing collective concern about global climate change in the industry.

With its LED lighting retrofit project, along with other "green" initiatives its made and is making, Tesco's Fresh & Easy could be on its way to becoming one of America's "greener" grocers.
Posted by Fresh & Easy Buzz at 2:17 PM