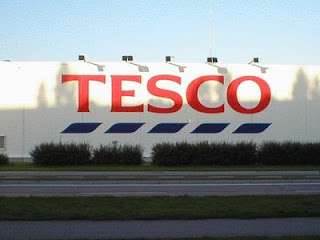 The global retailer will likely report a full-year loss of about $250-$259 million for its Southern California-based Fresh & Easy Neighborhood Market fresh foods and grocery chain.

Offering the loss estimate was a smart move on the part of Tesco since, in our analysis, it serves as a form of inoculation, which we predict will serve to take some sting out of the media reports tomorrow and the days to follow on what is a significant loss at Fresh & Easy.

Fresh & Easy by the numbers

However, if Tesco reports a loss for Fresh & Easy that's much higher than the estimated $259 million - say even $5 million -to- $10 million higher - that will be, in our analysis, very bad news for the global retailing giant.

We don't suspect that to be the case though. Rather, we estimate the global retailer will report a slightly lower number than the estimated $259 million for its Fresh & Easy chain, which will have 159 stores in California, Nevada and Arizona at the end of April.

Either way - slightly more than $259 million or slightly less - right now we don't see much daylight for Tesco in the next year in terms of significantly reducing its losses with Fresh & Easy. Based on the chain's performance to date, we anticipate similar losses for its 2010 fiscal year.

In terms of its overall reporting tomorrow, most financial analysts that follow Tesco plc are expecting positive results.

Consensus estimates by London and Wall Street stock analysts are that it will report a strong, year-over-year (2009 over 2008) sales increase of 9%, and a pre-tax profit rise of just over 6%.

Tesco could also report tomorrow that it has reduced its substantial corporate debt significantly. For the past year the retailer has been selling some of its UK stores and then leasing them back in a program designed to generate capital and reduce debt

Tesco plc, which is the third-largest global retailing chain based on annual gross sales, derives 70% of its profits from its UK stores. It's the leading food and general merchandise retailer in the UK, with a 31% market share.

It's also a major player in the retail banking, insurance and mobile phone sectors in the UK.

Don't look for Tesco to report many specifics (key indicators) - such as same-store-sales (like-for-like in the UK) or gross margin - about Fresh & Easy tomorrow - other than the overall total dollar loss amount for the fiscal year.

Fresh & Easy Buzz will be offering some analysis on Tesco and Fresh & Easy after the retailer's reporting on Tuesday. Stay tuned.