CEO: Supervalu to Open 100 New Sav-A-Lot Stores This Year; Strategy to Double Store-Count to 2,400 in 5 Years in Place 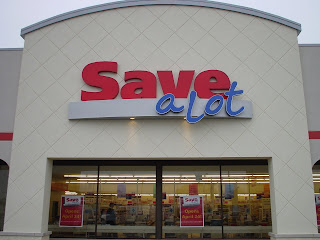 Supervalu Inc. plans to open 100 new small-format, hard discount Sav-A-Lot grocery markets this year, president and CEO Craig Herkert said today during the company's reporting of its fourth quarter and fiscal year 2010 sales and earnings.
The 100 new Sav-A-Lot stores will be a mix of corporate-owned/operated and independent-owned/operated units, Herkert said. He wouldn't offer a precise breakdown on the percentage of corporate vs. independent for the 100 new stores.
Supervalu, which also owns and operates a grocery wholesaling division serving independent grocers, franchises its Sav-A-Lot stores to independent owners, along with owning and operating the stores corporately. The company handles all of the logistics, distribution, marketing and merchandising support functions for the independent Sav-A-Lot store operators, for which the operators pay it an annual fee. In return, the independent operators agree to follow specific operational and marketing guidelines laid out by Supervalu.
The company opened 22 Sav-A-Lot units in the fourth quarter of 2009, according to Herkert.
The CEO said the 100 new store target this year is a speeding up of the grocery chain's expansion plans first formulated in mid-2009.
Supervalu plans to open about 15 new Sav-A-Lot stores in the first quarter of this year, slightly more than that in the second quarter, and the balance of the stores, to reach 100, in the last half of the year, Herkert said today.
Additionally, the CEO confirmed today that his plan to double the current Save-A-Lot store count of about 1,200 stores over the next five years is in place as a strategy and is being implemented. This is a very ambitious and major initiative. That would work out to opening in the neighborhood of 240 new stores on average in each of the next five years, for a total of about 2,400 Sav-A-Lot units.
"We are developing the internal expertise and skills to ramp up to a pace that will allow us to more than double in five years. Our newest Save-A-Lot stores are doing quite well, with sales averaging 10% above our internal projections, and initial capital costs 10% below our best spend rate," Herkert said today. "The Save-A-Lot team has had good success controlling capital by utilizing existing storing periods, aggressively negotiating construction bids, and leveraging internal architectural and engineering expertise."
Supervalu, which owns and operates about 2,300 stores in the U.S. under various banners - including the Albertsons and Bristol Farms chains in Southern California and a handful of Sav-A-Lot stores located in Southern and Central California where Tesco's Fresh & Easy is headquartered and has the majority of its 150-plus fresh foods and grocery markets - reported its fourth quarter and fiscal year 2010 sales and profits today.
Supervalu said it returned to profitability in its fourth quarter. Fourth-quarter earnings for the grocer were $97 million, or 46 cents a share. In contrast, in the same period last year, the company lost $201 million.
Additionally, the grocery company reported full-year fiscal 2010 net sales of $40.6 billion, and net income of just $393 million.
[You can read the full financial release issued today here for full financial details, along with this summary report by Dow Jones.]
Herkert said the company expects similar results for fiscal year 2011.
Supervalu Inc. has been struggling for a number of years. In fact, one can time its problems as beginning soon after its acquisition of the majority of then Boise, Idaho-based Albertsons Stores Inc.
This multi-year struggle is in part why Herkert, a grocery retailing veteran who prior to taking the position at Supervalu was a senior executive at Walmart, came aboard as Supervalu's CEo in May 2009.
Before joining Walmart he spent 23 years with the old Boise, Idaho-based Albertsons Stores Inc. and the no longer existing Salt Lake City, Utah-based American Stores. Albertsons acquired American Stores. Later on Supervalu acquired Albertsons. As a result, some might say its "all in the family" for Craig Herkert, with Walmart being a mere detour.
Shortly after taking the leadership reins last spring, Herkert decided to refocus Supervalu's strategy to emphasis its small-format, hard discount Sav-A-Lot format and banner, hence the aggressive new store expansion program doesn't come as a surprise to us.
But opening 200-plus new Sav-A-Lot stores a year for five years is big, surprise or no surprise.
Posted by Fresh & Easy Buzz at 7:12 PM